10 remarkable things about Lucille Ball that made her totally fierce.

Lucy was way ahead of her time in so many ways. 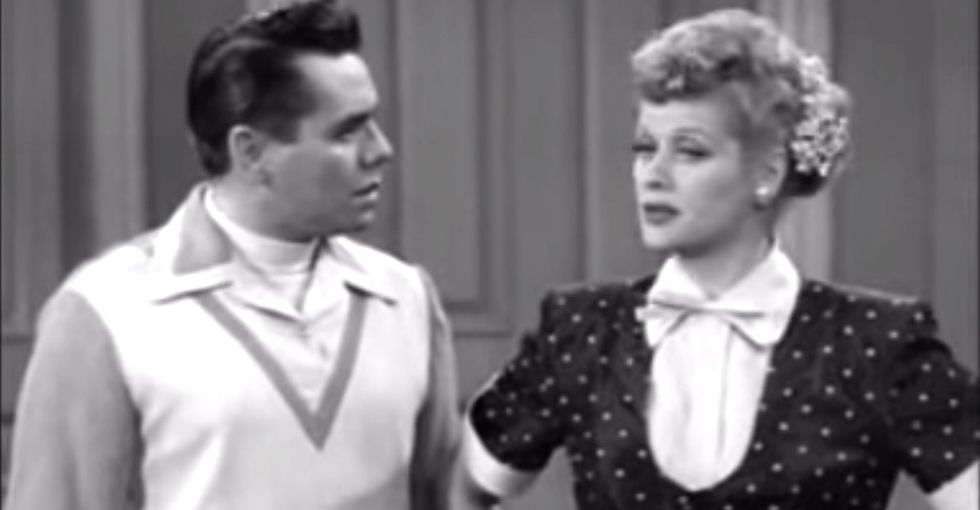 1. She paved the way for female comedians.

Actresses like Tina Fey, Melissa McCarthy, and Julia Louis-Dreyfus can thank Lucille Ball for opening the door. She trained with Buster Keaton and Red Skelton to become one of the best physical-comedy actors of all time. She really earned her nickname "Queen of Comedy."

Lucy insisted that her husband, Desi Arnaz, co-star in her show. When producers refused, saying he was "too ethnic" for American viewers, she wouldn't take no for an answer. She and Desi took the show on the road, creating a huge fan base for him. Before long, he became her leading man on TV too.

Lucy and Desi co-owned Desilu Productions (yep, she made sure her name was in it) until she bought him out and ran it on her own. It had 2,000 employees, 36 sound stages, and 62 acres. She eventually sold it for $17 million (in 1967 dollars). The name was changed to Paramount Pictures. Now, that deserves a round of applause.

4. Married a younger man when it wasn't really acceptable.

He was only six years younger, which was nothing compared to the age gap of older male actors and their younger starlet wives. Think Lucy would let that double standard dictate who she would marry? Not a chance.

5. First pregnant woman to be shown as pregnant on TV.

Women had to hide their pregnancies on TV. They also worried they wouldn't be allowed to continue their careers and be moms at the same time. Lucy broke that mold by incorporating her pregnancy and her son into the show. She compromised with producers, promising not to use the word "pregnant." She used the word "expecting" instead.

Ageism is real. but Lucy wasn't going to be put out to pasture. In fact, she became America's #1 star with over 16 million weekly viewers. People still watch it to this day. That says a lot.

7. Reflected the frustration of women struggling for equality.

We need to put the show in the context of it's time. She pushed limits to show how gender roles oppressed women. At the same time, she knew she had to remain "likable" to a 1950s audience that mostly preferred "childlike" female characters. Using humor helped her walk that delicate line.

June Cleaver wasn't dirty, clumsy, or overtly funny. She also didn't complain, defy, or get too assertive. Lucy did all of these things. She made qualities deemed "unfeminine" become a little more accepted.

9. Left a man she loved because she deserved more.

"Desi was the great love of my life. I will miss him until the day I die. ... I just couldn't take it anymore," she said. Lucy's daughter said Lucy spoke with Desi just days before he died of cancer and quoted her as saying through tears: "I love you. I love you. Desi, I love you."

She colored her hair so she would stand out from the typical Hollywood "beauty image."

She was courageous, pioneering, talented, funny, and ahead of her time.

And that's why we will always "Love Lucy."

See Lucy in action with the best clips from season 1:

Share the laughs in honor of an extraordinary trailblazer.