2 years in, and she hasn't gotten a raise. This open letter will tell you why.

An open letter to managers of women everywhere. 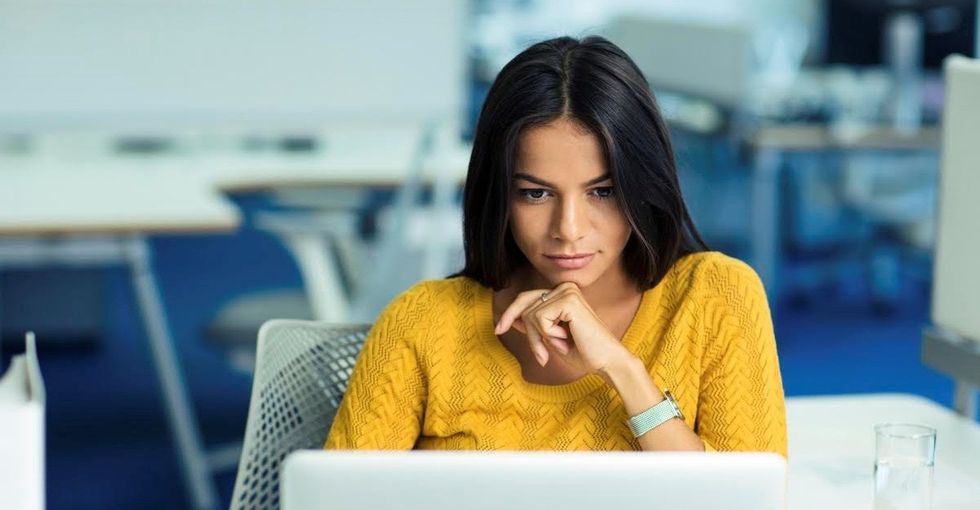 We need to talk about her. You probably know who. That analyst, designer, writer, engineer who has been at the organization for just a year or two and is already doing the work of someone several levels above her current pay band.

Or maybe she’s not even on your radar because she’s the dependable one who always delivers on time and under budget without any drama.

Despite this woman’s outstanding contributions, you haven’t promoted her or given her a raise. It’s not fair, and you know it.

Maybe you think she has to wait her turn or brush up on her soft skills and work better with others or that she simply needs more experience. But all of those things also applied to the many talented men who have rapidly advanced through the ranks of your organization.

They had somehow not been beholden to the same constraints of "promotions are given every three years" or "but what if so-and-so gets upset that they didn’t get a raise too?"

You’ve talked a big talk about mentoring and development opportunities, but when push comes to shove, you give her the less glamorous work, the "maybe next time" speech, the completed plan decided in a separate meeting without her because it was just easier and perhaps you think she won’t make as much of a fuss about it.

Maybe you even think you’re getting away with it because she says "fine" and does a great job anyway. But do you really think that there’s no resentment in that moment? No disappointment that’s stacked on top of other disappointments that she quietly suffers? Not to mention the occasional leer, dick joke, and unwanted touching she deals with as just the day-to-day life of a woman who is killing it in a company run by men?

She’s no fool. She’s taking classes outside of work, maybe with company support but often paid out of her own pocket. She’s got side projects where she’s developing new skills and learning how to lead because outside the company walls, there’s no one who can hold her back.

She’s got a network, and she knows what her friends at other companies make, and she has thought about what she might do if her paycheck were 20%, 30%, or 50% bigger.

It’s not too late. You can still turn this around. But you’ll have to move fast.

Back up her decisions, especially when they are right but politically uncomfortable. Get her in front of senior leadership and show off her work. Give her a real challenge and the authority and space to operate. Show her how she can do better next time when she makes a mistake instead of just being annoyed. And pay her what she’s worth with a title to match. After all, she’s grown more in the last six months than some of your team have grown in the last six years.

Do these things, and she’ll respect you and keep doing a great job. Her dedication and ingenuity will pay off in dividends for your product, your team, and your performance indicators  — making you look like a star in front of your boss and your clients.

Fail to do these things, and she will leave, probably after a big project wraps up because even in the end, she’s still responsible.

She’ll take a better role at a new organization, where she hopes to have a manager who will appreciate what she brings to the table — or maybe start her own company.

You’ll then have to write a job description, realize she was doing three people’s jobs, and spend six months interviewing candidates, hoping to find someone as good as she was only to discover that no one will accept a job at the salary you were paying her. And even after you finally hire her replacement(s), you’ll still have to spend months getting them up to speed so that they, cross your fingers, might do as good a job as she did.