Who is Merrick Garland? Let's find out. 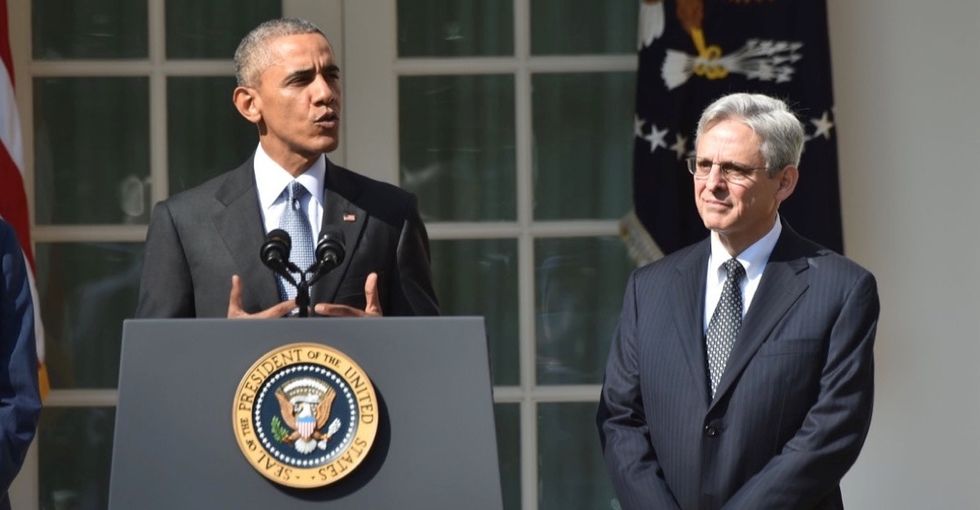 Last month, President Obama penned a guest editorial for SCOTUSblog about the responsibility he has as president to nominate a replacement for the late Antonin Scalia on the Supreme Court.

In his words, he was looking for "an independent mind, rigorous intellect, impeccable credentials, and a record of excellence and integrity."

This morning, the president announced Merrick Garland as his nominee to replace Justice Antonin Scalia on the Supreme Court.

After making shortlists in President Obama's past Supreme Court replacements (which eventually went to Justices Sonia Sotomayor and Elena Kagen), it's finally Garland's time to shine. However, going from nominated to confirmed won't exactly be an easy task, as prominent Republican Senators have pledged to block anybody Obama nominates.

Who is Merrick Garland? Here are three things to know about the man who might soon be weighing in on important constitutional issues:

During his time as principal associate deputy attorney general, Garland was given the responsibility of overseeing the prosecution of Timothy McVeigh and Terry Nichols in the 1995 bombing of the Federal Building in Oklahoma City, that resulted in the death of 168 people. And up until his appointment to the Court of Appeals, he supervised the prosecution of Unabomber Ted Kaczynski.

While Garland hasn't been vocal about a stance on capital punishment, it should be noted that McVeigh was sentenced to death by lethal injection. Kaczynski is currently serving eight life sentences.

3. Perhaps more importantly, Garland appeals to people on all sides of the political spectrum.

Senator Orrin Hatch (R-UT), who served on the Senate Judiciary Committee from 1995 until 2005, has praised Garland on a number of occasions. During 1997 hearings for Garland's current spot on the appeals court, Hatch said, "I believe he is not only a fine nominee, but is as good as Republicans can expect from this (the Clinton) administration. In fact, I would place him at the top of the list."

"I have no doubts that Garland would get a lot of [Senate] votes, and I will do my best to help him get them." Garland's confirmation to the appeals court passed the Senate by a vote of 76-23 with overwhelming bipartisan support (43 Democrats, 23 Republicans).

"The president told me several times he’s going to name a moderate [to fill the court vacancy], but I don’t believe him," he told Newsmax. "[Obama] could easily name Merrick Garland, who is a fine man. He probably won’t do that because this appointment is about the election."

So what comes next for Merrick Garland? That's up to the Senate, who will hopefully at least hold confirmation hearings.

The Senate's role in confirming judges is that they are to offer "advice and consent." A tweet from Senator Mike Lee doesn't come with a whole lot of hope.

But hopefully cooler heads will prevail, and the Senate will take up their constitutional duty of working with the president to replace Justice Scalia. But as President Obama concluded today's announcement, "I have fulfilled my constitutional duty.Now it’s time for the Senate to do theirs."