4 moms rejoiced when the Obamacare repeal bill failed. Now it's back, and they're furious. 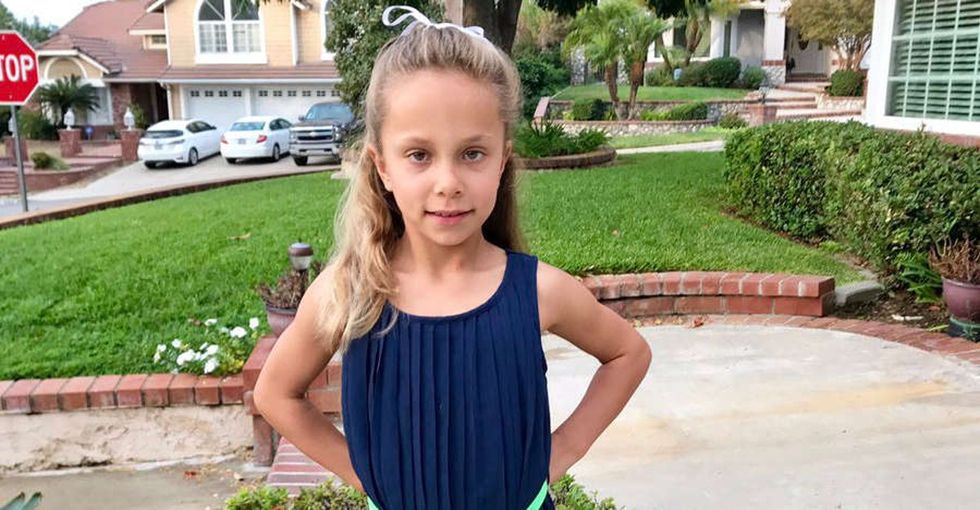 Angela Eilers wanted to believe the push to upend the Affordable Care Act was finally over.

While "skinny repeal," the GOP's last attempt to gut the law, failed in July, she sent a handwritten thank-you note to every senator that voted against it. She saved the most elaborate and effusive for John McCain, Susan Collins, and Lisa Murkowski, the senators who broke with their own caucus to vote the bill down. Eilers was relieved for her daughter Myka, who was born with pulmonary stenosis, a congenital heart defect that required open-heart surgery to treat, and for her family, which she says can afford private market insurance thanks to the law.

"I never let myself think that they weren’t going to stop," Eilers says. "I knew that they wouldn't stop until they got this done."

Her fears have come true with the most recent GOP push to replace the ACA. Eilers finds herself feeling disheartened and, perhaps most ominously, "defeated."

"Yesterday was the first day that it hit me really really hard," she admits.

With Senate Republicans taking another shot at Obamacare, many parents of children with chronic medical conditions are at their wits' end, trying to cope with having to fight, once again, to preserve their access to treatment.

What began as resolve has, for many, evolved into a growing sense of powerlessness — and anger.

"If these people lived on a pediatric cancer floor for weeks, months, or longer, they would reconsider their positions on health care because it is gut-wrenching," says Karen Lee Orosco, whose daughter was diagnosed with embryonal rhabdomyosarcoma, a rare form of childhood cancer, when she was 15 months old. Even with an intact ACA, Orosco had to crowdfund her daughter's surgery and is incensed that the new bill penalizes her home state of California with deep funding cuts.

Kate Greene, whose son Eddie suffers from severe hemophilia A, worries about returning to a time when those with the disease had to change jobs and move across state lines to afford, or even receive, coverage. Despite having visited her member of Congress with her family, she now makes 10 calls to them a day.

"I want Eddie to know I did everything I could to protect him," she says.

The most recent proposal, dubbed "Graham-Cassidy," includes drastic cuts to both Medicaid and the ACA's subsidies.

An NPR analysis found that the bill would allow states to permit insurers to omit the Affordable Care Act's essential health benefits from plans and deny or significantly upcharge consumers with pre-existing conditions.

The potential new law could also permit plans to bring back lifetime caps on coverage, a major fear for parents whose children have already exceeded them.

Frustration at the proposed cuts extends beyond the parents of young children.

Pat Nelson, whose 33-year-old son suffers from an aggressive form of brain cancer, says that calling her senator, Marco Rubio, which she does daily, feels like "hitting my head against a brick." She and her retired husband help her son cover his already sky-high medical bills, which she worries will explode if the bill becomes law.

"We would have to come up with more to pay for his healthcare," she says.  I'm not sure how we will be able to do that.

The fate of the bill continues to hang by a thread, as the key swing votes from July have yet to commit one way or another.

While Collins is seen to be leaning against the measure, neither McCain nor Murkowski have given more than a few clues about their vote.

On Sep. 20, a spokesperson for Mitch McConnell's office announced the majority leader's intent to hold a vote soon, leading some observers to believe the holdouts could be convinced to support the new proposal.

Until then, many say they have no choice but to keep fighting for their kids, exhausted as they may be.

Despite her despair over the bill's return, Eilers was buoyed when Jimmy Kimmel, a fellow "heart dad," used his opening monologue to rail against the bill Tuesday and accused bill co-author Louisiana Senator Bill Cassidy of lying "right to his face."

"He was angry, like us, like the rest of us," she says. "He was angry that this could impact his child. And I appreciated that."

Next week could bring relief or more fury.

In the meantime, Eilers plans to keep sending her representative a picture of Myka every day until the bill is either dead or law.

After all, she wonders, what else is there to do?

From Your Site Articles
Related Articles Around the Web
holiday
Design