5 ways Julie Andrews is even cooler than you already thought.

No one is practically perfect in every way ... but she comes close! 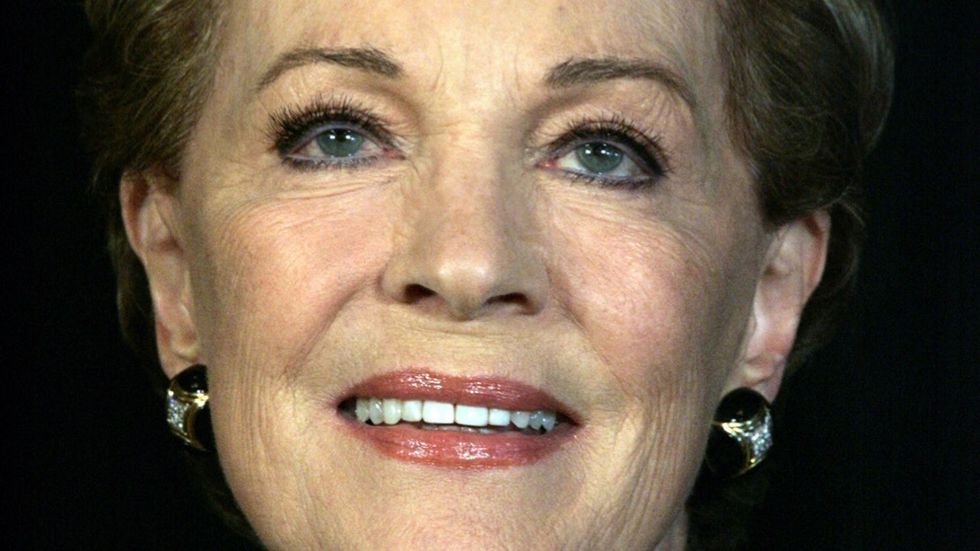 On her 80th birthday, we decided to look into the ways that Julie Andrews inspires us all to be better humans. (Aside from the obvious, which are ... obvious! Voice! Beauty! Poise! Great at winking!)

As it turns out, there are more than many ways, so we narrowed it down to five!

1. She knows about the many different ways she can use her voice.

After surgery on some non-cancerous nodules in her throat, Ms. Andrews' voice was destroyed. She was so devastated she had to go to grief counseling! (I needed some grief counseling, and it's not my voice!)

So she focused her energy on something else. Using her voice not to sing but to write! 26 children's books and counting! From her own imprint.

As she told Vanity Fair, "My daughter Emma and I began to work together and formed our small book-publishing company."

“I was bemoaning my fate one day and said, 'God, I miss singing, Emma. I can't begin to tell you.' And she said, 'I know, but look, you've found a new way of using your voice.'"

2. She could handle a hater. Even one that didn't recognize her talent or her potential.

Julie Andrews was famously turned down for the film role of the musical "My Fair Lady" even though it was Andrews who built the role on the stage. The head of the studio making the movie musical, Jack Warner, decided to cast Audrey Hepburn, a non-singer. He just overdubbed another singer, and that was that!

In the meantime, Julie soldiered on and got the part of Mary Poppins in a little movie called ... "Mary Poppins." Maybe you've heard to it? Well, needless to say, "Mary Poppins" was a hit and Julie Andrews won an Oscar for her role.

When she accepted the Oscar she won for "Mary Poppins," she thanked Jack Warner, the guy who didn't give her the part in "My Fair Lady." After all, without him, she wouldn't have been able to be Mary Poppins!

3. She OWNS change, life passing by, and being differently abled from the years past.

“Well it's all right to cry. It helps a great deal sometimes..." ― Julie Andrews Edwards

It used to be that no one could surpass Julie Andrews when it came to singing. So magical. But since a surgery destroyed her voice, she can't sing like she used to.

So did she give up music entirely?

No! It seems like she can still hit a few notes, albeit in a lower register. And as this clip with Stephen Colbert shows, no one can take the magic away.

She's also gone on to write musicals as well. One of her books, "The Great American Mousical," was turned into a musical recently. It went up at Goodspeed Opera House in Connecticut, and Dame Julie directed it!

Sure, she's just generally iconic, so why wouldn't she be an icon? But when you look at the gender nonconformity happening in her film "Victor Victoria," it becomes clear why she's embraced by more than just the "I love 'The Sound of Music'" communities!

Julie is edgy. Julie is not here for your gender norms.

5. She doesn't allow women to be pitted against each other just because that's how the system works sometimes.

Many have asked her if she was mad about not being cast in the film musical of "My Fair Lady," to which she has responded with a huge heart and a hugely genius brain for the entertainment business.

I love it how she makes sure to point out that she and Audrey Hepburn, who got a part that Julie Andrews seemed to be destined for, were great friends.

Sorry, messed up Hollywood, Julie Andrews has no time for your pitting her against other women.

Happy 80th birthday, Julie Andrews! You show us all how to age with grace and coolness.