50 years later Woodstock is coming back and its mission is more relevant than ever. 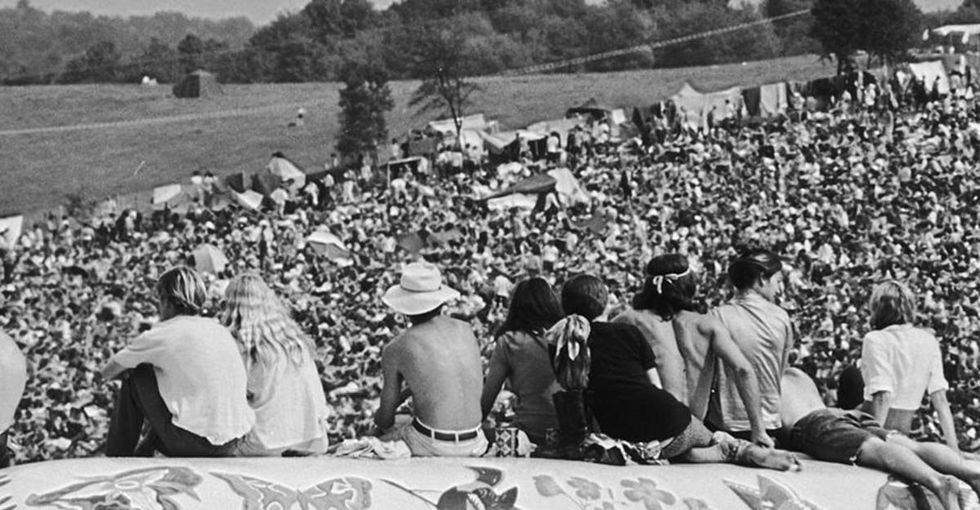 In 1969, America was fiercely divided by war and politics that fractured relationships between the genders, races, and generations. People took to the streets to push back against a ruling class who blocked the halls to progress. Sound familiar?

Fashion, technology, music and how they felt at a specific moment can never truly be replicated. But there are eras that share undeniable similarities because they are animated by similar passions and challenges.

1969 and 2019 are both times when social upheaval inflamed people's passions for justice, understanding, and togetherness.

Fifty years later, Americans are making their voices heard in even greater numbers to bring attention to similar struggles. That's why it's the perfect time for Woodstock to return.

People of color, women and those who live outside the outdated confines of gender are fighting for true equality and children increasingly no longer feel safe in the school yard with the constant threat of gun violence.

The planet is on fire. In America alone, we are up against political forces that deny the very existence of climate change, while the rest of the world is working to implement new standards and laws that could give our planet a chance for survival. Even those young people who aren't currently engaged in environmental issues can no longer stay silent as climate change is literally taking money out of their wallets.

The powers that be are doing everything in their power to not just block progress, but wall it off completely.

"Woodstock’s influence on culture was epic," the festival’s founder, Michael Lang, said. "In a time of conflict and upheaval, it was an invitation to come together… to prove that it is possible to live together in harmony and with compassion. Live with only our best selves represented. To give people around the world hope. And that’s why Woodstock is still relevant today."

The key to creating lasting change is through civic engagement. Only when people, especially younger people, become involved in their communities and vote, will our elected leaders listen to demands for change. Voter turnout in the 2018 midterm elections reached a 50-year-high, but real civic engagement means being part of our communities, society and planet on a daily basis.

Moved by the uncanny echoes of a movement he first experienced fifty years ago, Lang realized there’s never been a better time to invite everyone back for a mission of civic engagement.

“Woodstock 1969 was a reaction by the youth of its time to the conditions they faced,” Lang said. “And the Woodstock founders are intent on bringing that passion to life again – and give as many people as possible the chance to be a part of a new Woodstock moment.”

A new home to bring back a timeless message.

This year's Woodstock 50th anniversary celebration will take place in Watkins Glen, a small village in New York. Michael Lang toured Watkins Glen while looking for the ideal place to host this year's celebration and said the experience reminded him of the first time he visited Max Yasgur's farm.

Describing it as having an "immediate spiritual connection" to the original site, Lang says the new location meets a number of important benchmarks: it keeps the festival in New York, is surrounded by pristine greenfield, is equipped to host a large gathering and has its own musical legacy.

Lang hopes to bring together people from all generations to hear the sounds of today’s artists playing alongside the legends who first graced the Woodstock stage in 1969.

Photo via Mobilus in Mobili/Flickr

The passion of the 1960s reached its apex with America’s youth letting out a primal scream that manifested in a physical and spiritual place called Woodstock.

In August of 1969, half a million people were guided to Max Yasgur’s farm by the sounds of revolution: Jimi Hendrix, Janis Joplin, The Grateful Dead, Sly and the Family Stone, The Who, Santana, Joan Baez and The Band.

On that farm they came in contact with a power that transcended music, creating a feeling of peace, love, and togetherness.

Lang and his team believe that good times and good vibes can lead to outrageously good outcomes.

The Woodstock 50th Anniversary Celebration will be an opportunity to focus on the issues that ignite the passions of America’s youth including the environment and civic engagement.

“Woodstock could not be coming back at a more important moment in history,” Lang said. “It’s not just about the place. It’s about the vibe. It’s about peace, love and music. And it’s about time.”