75 years ago, the U.S. blew up a giant swastika in Nazi Germany and it's still so satisfying to watch 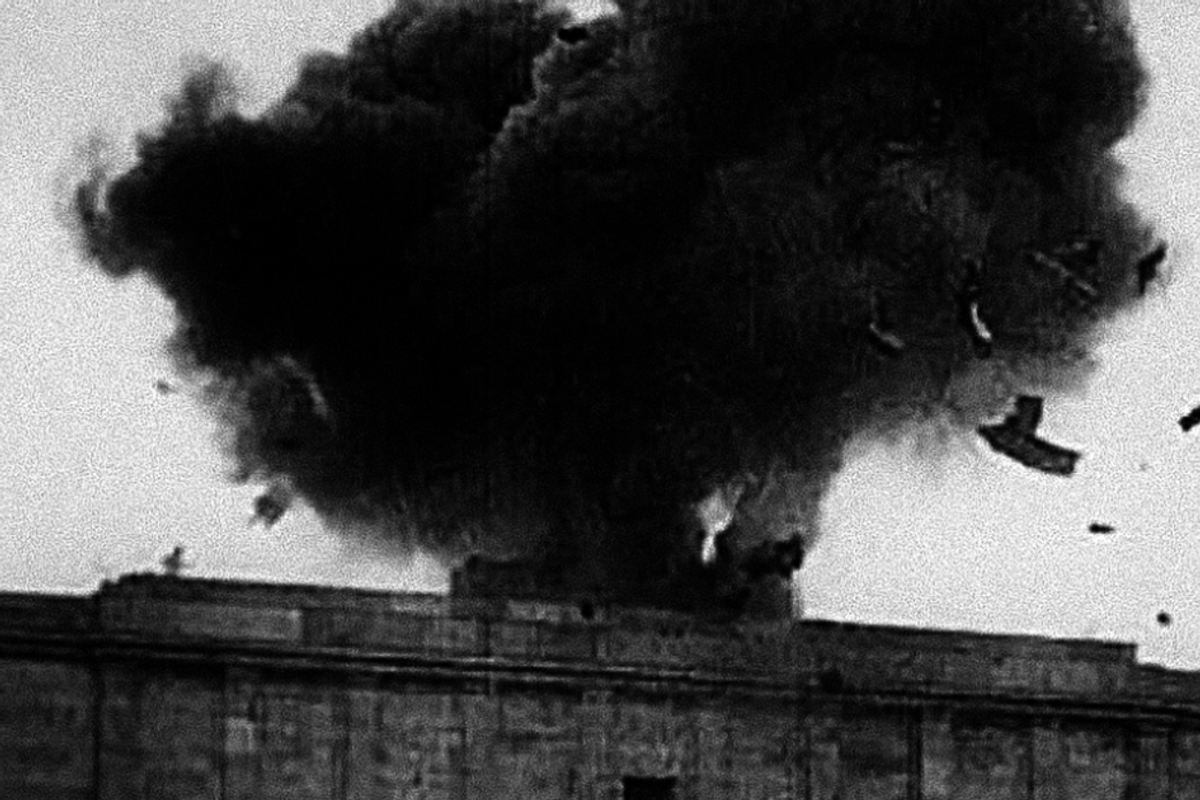 One of the most striking images from World War II is a massive swastika being detonated in Nuremberg, Germany, symbolizing the end of the bloody European conflict. The explosion happened on April 22, 1945, a few weeks before the Nazis surrendered to Ally Forces on May 7, 1945.

The massive marble swastika had huge significance for the Nazis as it overlooked Zeppelintribüne, Adolf Hitler's most powerful pulpit at the Nazi party rally grounds. The pulpit was located within Zeppelinfeld stadium, which was built in 1934 by Nazi architect Albert Speer.

It was from that pulpit that Hitler delivered venomous anti-Semitic screeds to 200,000 of his Nazi faithful.

Three days before the detonation, the Army's Third Division invaded the stadium and held an award ceremony honoring five men for their actions of valor by giving them the Medal of Honor. The troops also covered the swastika with a large American flag.

On April 22, American engineers placed demolition charges around the Nazi emblem and blew it to pieces in one of history's most satisfying moments.

Although the swastika was destroyed, Zeppelinfeld stadium still stands to this day, but it is in an advanced state of decay. From 1947 to 1995, the Nurnberg American High School used the field for soccer and football practice. It has also hosted motor sports events and played host to heavy metal festivals in the '80s.

The stadium is home to a sinister past, but over 250,000 tourists visit the structure every year. Its existence has been the cause of controversy in Germany for decades. Some want it to be preserved for its historical significance while others would like it to return to nature.

Recently, lawmakers came to an agreement to preserve the site at a cost of €85 million ( $95 million). The decision was made to preserve the building because of its historical significance. The building serves as an important reminder of the city's difficult history.

"We want people to be able to move around freely on the site. It is an important witness to an era—it allows us to see how dictatorial regimes stage-manage themselves. That has educational value today," she continued.

Those who forget the past are condemned to repeat it. In a world where conspiracies and Holocaust denial are prevalent, the stadium is undeniable evidence of Nazi atrocities and a reminder to stay forever vigilant against racism.