8 important jobs that people should be paid a lot more to do. 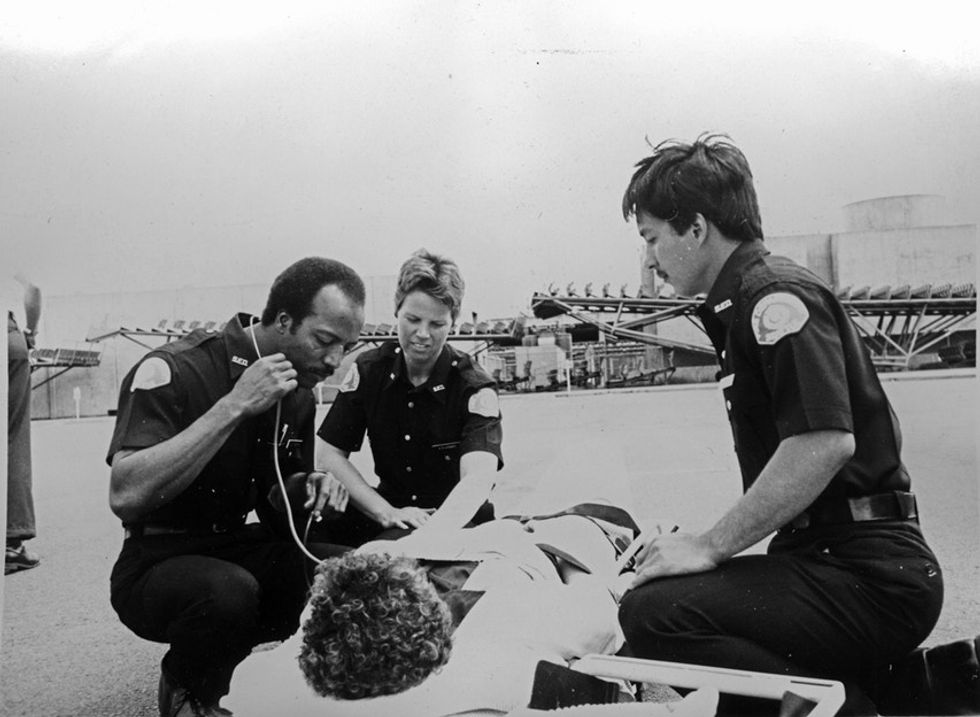 There's nothing like a hard day's work to give someone a sense of purpose.

Sure, you may come home feeling like a puddle of a human, drained from long hours...

...but if you take pride in your work, you can plop down at home with a feeling of triumph from all you were able to achieve for the day.

Unfortunately, self-worth is not an accepted form of payment for your creditors and bill collectors. So your paycheck really matters.

But in this age of gaping inequality, many aren't earning fair wages for their labor. That's especially the case in certain lines of work. Every day, millions of people clock into jobs that both support our daily lives and are critical to the country's future.

They may not be developing the latest and greatest apps and gadgets or performing Wall Street wizardry to make money out of thin air, but they do make important contributions. And they're being grossly underpaid for it.

If you work in one of these eight jobs, here's to the prospect of a well-deserved raise:

By 2021, the U.S. Department of Education projects that public pre-K-12 schools will enroll 91% of students in the U.S. If you really believe "children are the future," then logic would follow that, y'know, brighter students, brighter future, right? That's where teachers come in.

Though more research has to be done, an early study on the effects of paying teachers much more handsomely has shown significantly improved academic outcomes for students. So boosting public school teachers' salaries could be seen as an investment our the future.

Certainly compared to most U.S. workers, nurses seem to have it pretty good salary-wise. But if we look at how nursing has changed in a time of extreme health care costs and the rising care demands of an aging population, envy starts to fade.

Nurses are working longer hours and taking on more responsibility than ever before. Those with advanced nursing degrees now do work historically performed by doctors simply because it's cheaper for them to do it.

And as the frontline of patient care, modern nurses are increasingly expected to be big thinkers who can help identify answers to industry challenges through research and new technologies.

These folks toil in the unforgiving heat of the sun to feed and clothe the rest of us. And they do it for a minimum wage — if they're lucky. Some farm workers are paid a "piece rate" or a volume-based payment (e.g., per pound, box, or basket).

If they're undocumented, as many of these workers are, they not only might not get the minimum they're due, but they may also face daily abuse and harassment by their supervisors — especially if they're women.

Parents want the best for their kids, sometimes obsessively so. Since crating children is neither helpful nor legal, child care workers are there when parents can't be to provide little ones with a safe and nurturing developmental experience.

In the earliest years of human life, capable child care workers play an integral role in preparing kids for the challenges of being bigger kids, teenagers, and beyond. It's a big responsibility that's worthy of at least a living wage.

When sh*t hits the fan and emergency medical situations arise, these folks are the first on the scene to help people in trouble. Paramedics and emergency medical technicians (EMTs) are trained to save lives day in and day out, often in unpredictable and dangerous situations. They deserve more than what amounts to an entry-level office worker salary.

No one wants their grandma to be that "I've fallen and I can't get up!" lady. Home health aides help to prevent that from happening. They care for those who've logged their hours, raised their families, and now need a little help living their golden years with dignity and in the comfort of their homes. Should that work not be similarly dignified with a fair wage?

They do the hard work of guiding families and individuals along life's rockiest roads. Social workers help people stay afloat emotionally, socially, and even economically when they need it most.

Though lawmakers and other talking heads tout family values and home stability as a virtue of civilized society, we rarely if ever hear them advocate for the investments in the social workforce necessary to help people achieve that.

As the economy recovers, our appetite for dining out is making a fierce comeback. Someone has to feed that hunger, so food service has seen some of the largest job growth since the recession.

But how optimistic can we be about a labor recovery based on poverty-wage gigs — especially with a federal minimum wage that, when adjusted for inflation, peaked in 1968?

Hopefully these are signs that we're on the verge of a tipping point for wage justice.

This is far from an all-inclusive list. And you don't have to agree with every one of the above to appreciate the larger point.

A Pew Research Center headline said it best: "The American middle class is losing ground." Middle-income earners comprised the majority of the working population 45 years ago.

Today, middle earners are dwindling, forced into a growing low-income tier as higher earners — the highest earners, really — capture an unfair share of the country's income and wealth.

And no amount of bootstrapping or hard work on the job will change this trend. Only widespread pressure from a pissed-off majority will.

President Trump has exited the White House as the first president in 100 years to not have a pet. President Biden is bringing the presidential pets tradition back, but with a special "first" of his own.

Champ and Major, the Bidens' German shepherds have officially moved into the White House, with Major being the first rescue dog to live there. The Bidens adopted the now 3-year-old good boy from the Delaware Humane Association in 2018.

Anyone who's ever moved with a pet knows that transitions can be tenuous. New sights, smells, and sounds, in addition to the change in routine, can be stressful for animals. And when you're a human who is not only moving into a new home, but also starting a new job as the president of the Untied States, you might need a little time to adjust right along with your pets.

That's why the Biden family took some time to fully transition their two dogs into the White House this week. Though the president and first lady moved in on January 20, the first doggos didn't officially move in until five days later, after a gradual introduction to the building and grounds to get them used to their new home.

They sure do look happy to be with their people in The People's House now, though.

Joe Biden's inauguration was haunted by the specter of the failed insurrection that occurred just two weeks before at the Capitol building. The Capitol steps may have been adorned with beautiful banners, but it was hard to shake the images of broken windows and rampaging Trump supporters recently burned into the country's collective subconscious.

The Inauguration wasn't just the beginning of a new era in American politics, it was a symbol of the resilience of our democracy. One person whose bravery helped preserve the American way of life during the insurrection was honored at the proceedings and his name should never be forgotten: Eugene Goodman.