9 kick-ass, inspiring signs you can print and take to the Women's March. 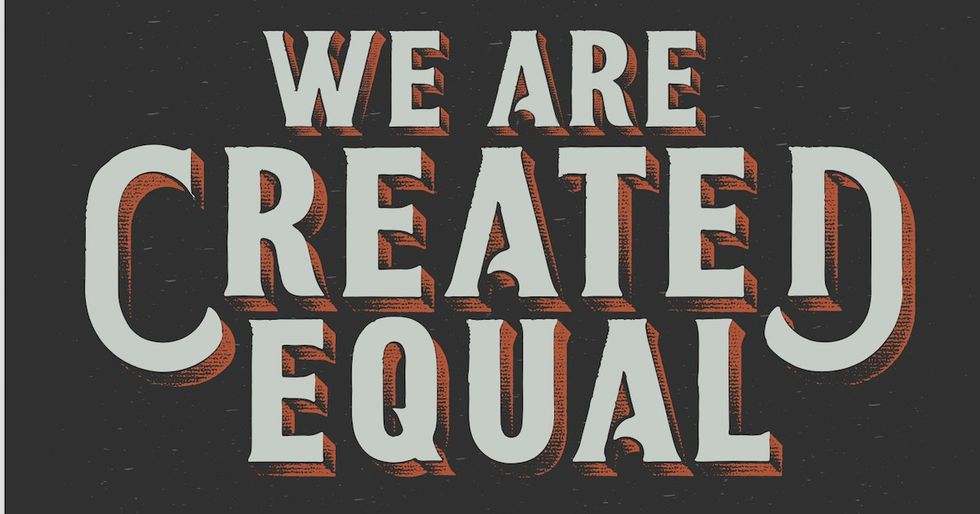 We're only a few weeks into 2017, but already the Women's March on Washington is gearing up to be one of the biggest events of the year.

With sister marches planned in over 600 cities across nearly 50 countries on six continents, the event has evolved into what can safely be called a movement with a broad, unifying platform. If you're heading out on Saturday hoping your photo will land on the pages of your child's future U.S. history book, you're going to need to stand out. Fear not: We have you covered.

We've put together a few posters that you can print and rock in your city's march on Saturday.

Print them, paint them, or pick pieces of a few and put them together. (For super-high-resolution, as well as black-and-white printable versions, head to this folder.)

1. You could repurpose a certain someone's old slogan:

2. Speaking of Lady Liberty, you could draw inspiration from the statue's inscription:

3. The Declaration of Independence might only talk about men, but we know all people deserve equal opportunity.

4. Rock the words from women who've said it best:

Whether or not you share their struggle, good feminism means being an ally to all women, which is something that African-American feminist and civil rights activist Audre Lorde understood well. Especially if you benefit from other types of privilege, listening to and amplifying others' voices is as important as raising your own.

5. Remind lawmakers that talk of assaulting women has no place in the Oval Office.

6. Or let the words of international women's rights champion Malala Yousafzai speak for you:

7. Or draw inspiration from American suffragette (and the first woman to run for president!) Victoria Woodhull:

8. Use your poster to remind the government how science works:

9. And finally, for those who are just plain fed up:

Demand justice for yourself and your sister marchers by asserting what we know to be true: We are enough to merit the same treatment and pay as every other individual.

No matter what slogan you go with — or if you don't go with one at all! — we'll be proud to be out there with you marching for what we all believe in.