A campaign is revealing the victims of sexual harassment at fast food restaurants. 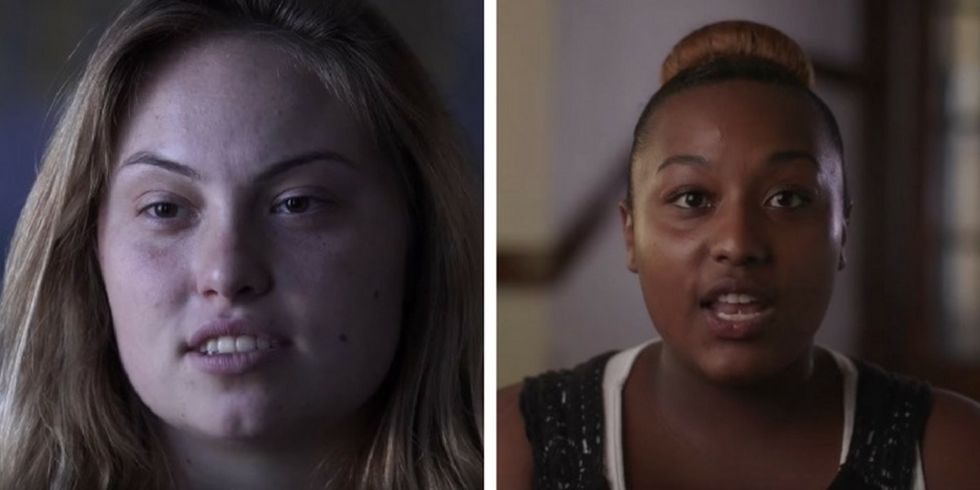 On Oct. 5, Fight for 15 released a video and launched a campaign about sexual harassment in the fast food industry.

The video contains many (often graphic) stories of fast food workers — men and women — who have dealt with on-the-job sexual harassment. From unwanted flirtations to physical assaults, the stories are honest and revealing.

Since 2012, the group has taken on some of the biggest corporations in America, demanding things like fair wages and unionization rights.

Since the grassroots worker's rights movement's inception, it's been up against a lot. Fight for 15 regularly coordinates protests against massive companies to demand better treatment. This is not a small task, and many have even called it ill-advised.

The group's strength has always been in numbers, though, and as the movement gained support in multiple major cities, it has become largely successful in its efforts.

Sexual harassment is a problem in the fast food industry that's remained hidden for far too long. Fight for 15 is changing that.

The survey also found that dealing with sexual harassment in the workplace can have some pretty serious health consequences. 21% of victims reported anxiety about going to work, and many experienced depression and sleep disruption.

As part of the campaign, Fight for 15 has launched a petition aimed directly at McDonalds.

"McDonald’s has the power to crack down on sexual harassment at their stores," the petition page states. "They can increase punishment for offenders and make reporting easier for targeted employees."

The reason sexual harassment in the workplace goes largely unreported is because of the power dynamic involved. The victims who speak out can find themselves facing negative consequences from their employers, so many choose to ignore the harassment, try to resolve it on their own, or feel that they have no choice but to put up with it.

The petition and the video give a voice to those who have experienced sexual harassment in the fast food industry.

Fight for 15's greatest strength has been in uniting workers all over the country to fight injustice. This is another injustice and another fight.

Even if you're not a fast food worker or a victim of harassment yourself, hearing the stories is powerful enough to make you want to fight for change.