A fan asked J.K. Rowling how she knew Dumbledore was gay, and she replied with something obvious.

This is the best. 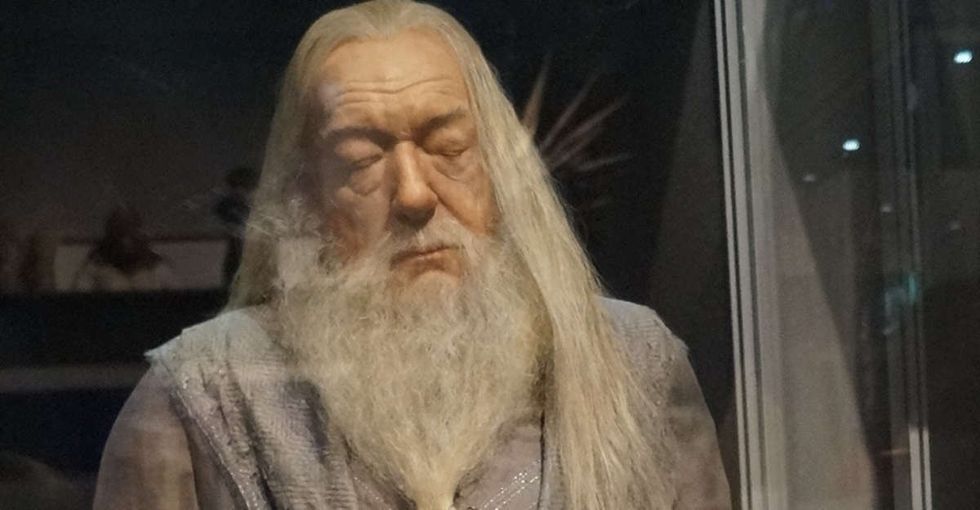 This is J.K. Rowling.

She's the author of a popular series of children's books. You might have heard of them.

(Though they're kinda obscure.)

A few years ago, she caused a bit of a stir when she revealed that she'd always thought of Dumbledore, one of her most popular characters, as gay.

(Shhhhh! Don't wake him up. He's a powerful wizard!)

Of course, being gay is just one part of who Dumbledore is, like being a wizard or having long hair or [REDACTED SPOILER OMG]. So Rowling never really felt the need to make a big deal out of it in the books. But since Dumbledore is not identified as gay in the text, lots of people were ... confused.

So when a fan tweeted this at Rowling:

"Thank you so much for writing Harry Potter. I wonder why you said that Dumbledore is gay, because I can't see him in that way."

She decided to respond. And it was, in a word...

@jk_rowling amazing answer... Yes you are absolutely right. Such an inspiration!!!

All seems to be well in the Potter-verse.