A grieving Phoenix mom received the tribute of a lifetime from Taylor Swift. 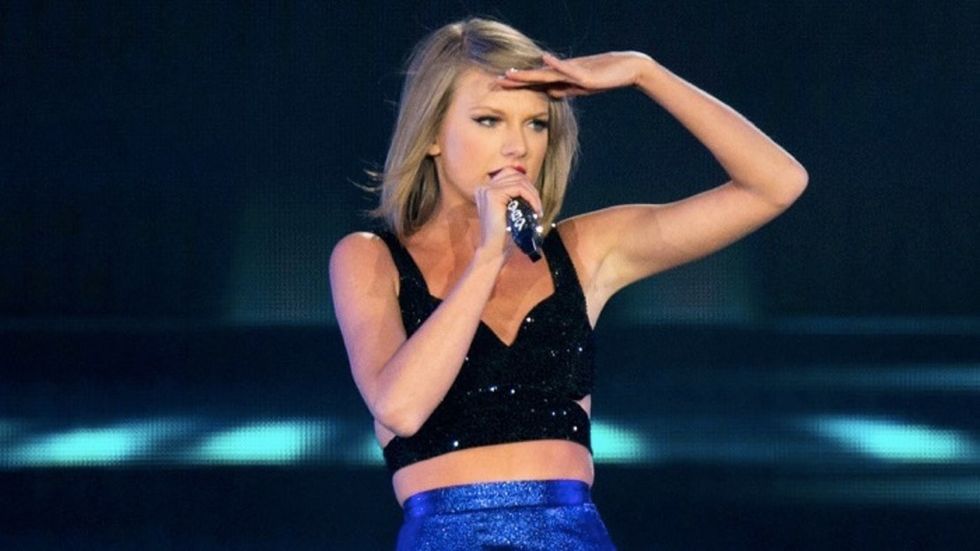 In 2010, Maya Thompson received devastating news that would change her life forever.

Her 3-year-old son, Ronan, was diagnosed with stage 4 neuroblastoma, an aggressive form of cancer. After months of chemo and radiation, Ronan passed away in May 2011, just days shy of his fourth birthday.

But Ronan's story doesn't end there.

Since her son's diagnosis, Thompson has documented her family's story on her blog, "Rockstar Ronan."

Her passionate, honest writing caught the attention of faithful readers around the globe, including singer Taylor Swift.

Taylor Swift was so moved by Thompson's story that she wrote the song "Ronan."

The song is deeply personal, incorporating some of the intimate moments Thompson shared about her son. As such, Swift gave Thompson a co-writing credit on the heart-wrenching ballad. Proceeds from the song go directly to the Ronan Thompson Foundation and other organizations in the fight against childhood cancer.

Given the sentimental nature of the song, Swift has only performed it live one time — that is, until last week.

Swift had only performed "Ronan" once, for the 2012 Stand Up to Cancer television event.

But on a recent tour stop in Glendale, Arizona, Taylor Swift performed "Ronan" live and dedicated it to Ronan's mother, Maya, who was in the audience.

Though the entire Thompson family met Swift backstage before the concert, they were shocked when Swift's tour manager asked them mid-show if it was OK for Swift to perform "Ronan" that night.

For both women, the performance was an emotional, powerful experience.

Before playing the song to the sold-out crowd, Swift applauded Thompson for her bravery, strength, and tireless support of childhood cancer research.

Swift fought back tears during the short lead-in, as her own mother is currently undergoing treatment for cancer.

"I've had cancer hit really close to me in my family, so because Maya's right there, I would like you to give her a round of applause, please."

Thompson described the unforgettable evening on her blog, which takes the form of letters to Ronan.

"My eyes welled up with tears, but I didn't cry. Instead, I sang right along with Taylor the entire time. You would think in the most emotional situation, I would have completely lost it, but I didn't. I think the reason why is because I could literally feel your little arms wrapped around me. I have not felt your presence so close to me since you were physically still here on this earth. It was absolutely one of the purest, most magical moments of my life."

Swift performs "Ronan" for the sold-out crowd in Glendale. Image by KnowledgewithFun2.

Childhood cancers often strike without warning, consuming the lives of kids and their families. But there are new victories and breakthroughs every day. Every effort to fund research, support caregivers, or just bring awareness to the fight is an effort worth applauding.

So hats off to you, T-Swift. Thank you.

Grab a tissue and watch Taylor Swift's heartwarming introduction to "Ronan" from her Glendale show.