We need to do better. 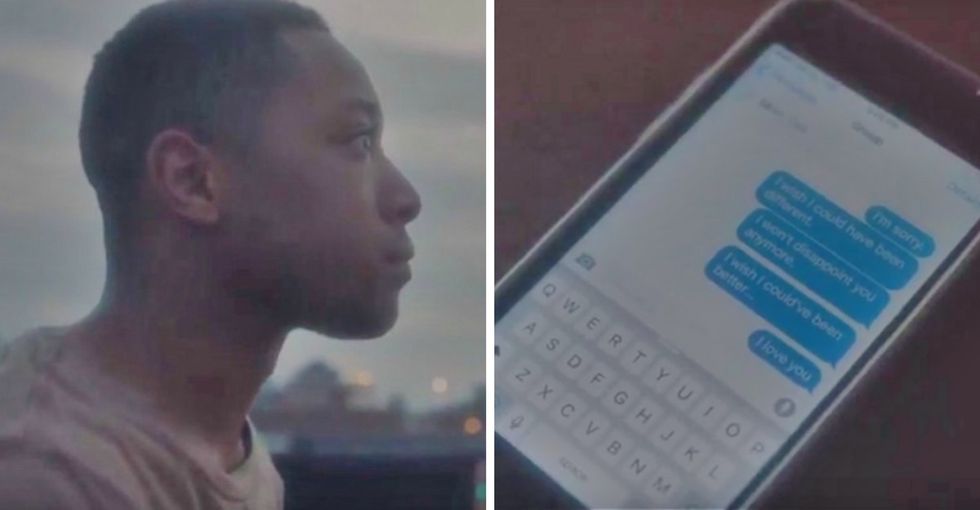 "I wish I could have been different. I won't disappoint you anymore."

If those were the very last texts you read from a family member or friend — a loved one who didn't feel as though they could truly be themselves — how would that make you feel?

That's one question posed in a new PSA from nonprofit Mythic Bridge, a group that uses filmmaking to empower at-risk youth. The organization's "Change the Script" campaign aims to shed light on the issue of LGBTQ youth suicide — a silent crisis that's taking far too many young lives, even amid the growing acceptance of queer people and relationships.

In the powerful new video, we see the moment a desperate young man decides to jump off a rooftop (before learning that, fortunately, it wasn't the end to his story):

In the PSA, Mythic Bridge highlights a vital stat anyone concerned with youth suicide needs to understand:

That's why the nonprofit is raising funds on Crowdrise to help LGBTQ youth express themselves through creative storytelling in an accepting, loving environment — so they can help change the script when it comes to things like suicide, bullying, and depression.

“Everyone has their version of how scary coming out was," Mythic Bridge co-founder Donald Klein said in a statement. "Maybe they didn’t have that safe space to lean on."

"I hope they see the Change the Script campaign and learn that Mythic Bridge is an open door. They should understand that we’re here, and we make no judgment.”

To learn more about the Change the Script campaign, visit its page on Crowdrise.