A heartbreaking illustration reveals why education in Syria is more important than ever. 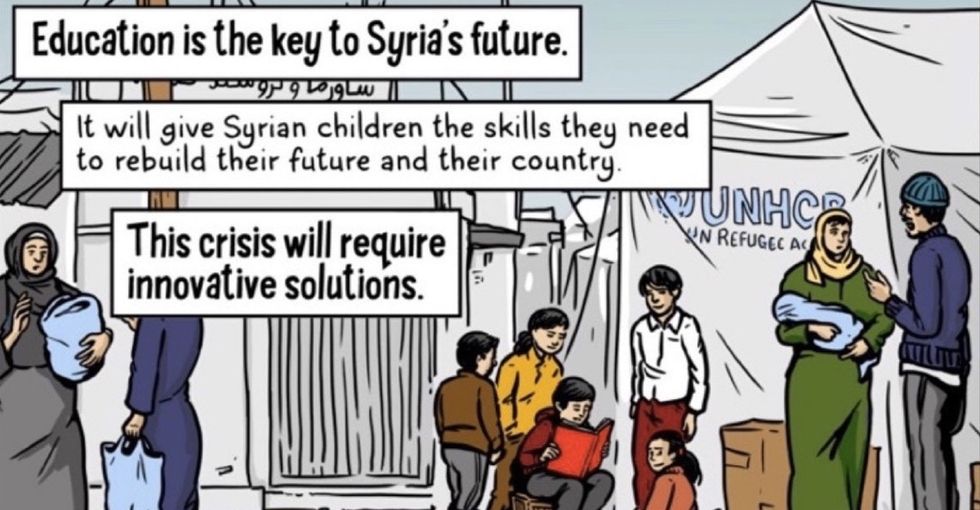 Bana Alabed, 7, caught the world's attention when her mother, Fatema, began tweeting about the family's life in Syria.

Like most kids, Bana likes to read, dress up her dolls, and play with her little brothers.

But Bana's life is different than most kids. She lives in Aleppo, where she hears bombs daily. She's already seen friends die and often wonders if she's next.

Bana is just one of 8.4 million kids affected by the Syrian civil war.

Nearly 500,000 children live in regions of Syria still under siege, including close to 100,000 in eastern Aleppo alone.

2.6 million children are no longer in school, and more than 2.5 million are living as refugees, many on the run or in temporary camps.

To further illustrate the gravity of the situation for Syria's kids, cartoonist Andy Warner drew a powerful comic.

To keep this generation from being forgotten, education and aid are key. Even halfway around the world, there are lots of ways to help.

The Chicago-based Karam Foundation is working all around the world to support this mission. The group provides creative therapy and holistic wellness resources for displaced Syrian kids, helps teen refugees take part in community leadership programs, rebuilds schools damaged by bombs, and transports displaced kids to and from schools in Turkey.

Groups like UNICEF and Hand in Hand for Syria are on the ground too, doing everything they can to help kids get educated.

To keep the good going, volunteering with, supporting, or signal-boosting the work of these organizations is vital.