A movie theater handed out free water that was impossible to open. Why?

They all look so confused ... until the point is made. 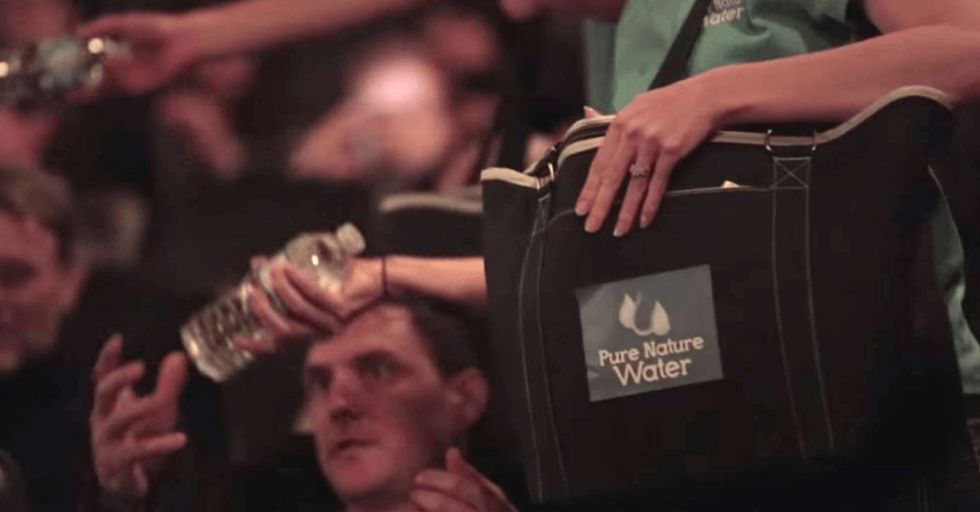 Inside a Los Angeles movie theater, The Water Project ran a promotion, handing out free bottles of water to everyone. But there was a catch: The bottles were nearly impossible to open.

Little does she know...

Why? To prove a point, of course. After the frustrated moviegoers stewed over their impossible bottles for a while, the following words flashed on the screen:

"If you think it's frustrating to make a little effort to drink water, just imagine how these kids feel."

The screen showed images of children who have to collect their own water every day.

The audience shifted uncomfortably in their seats.

Let's look at the facts:

1 in 9 people around the world lack access to safe drinking water. About 2,000 children die every day from water-related illnesses.

But! There's good news. Improving these water access statistics is not impossible. Between 1990 and 2002, 1 billion people gained access to safe drinking water — and that number has only increased since.

It's far from time to call it quits, but the situation is improving.

Let's be real: Will handing out impossible-to-open water bottles solve the global water crisis? No. But the experiment wasn't just about subjecting people to the most frustrating packaging ever created, it was about empathizing with people who face that lack of access every day.

Because empathy can turn into action — into doing whatever you can as a human being to make sure that your fellow human beings have the same frustration-free access to a basic necessity for survival.