A moving short film explores what it’s really like to live with ADHD. 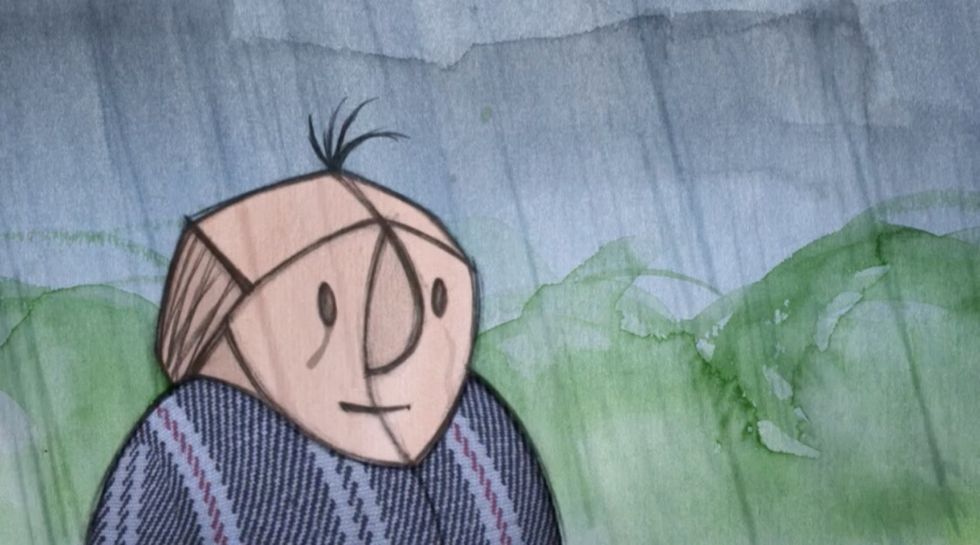 Do you know what it's actually like to have an attention disorder?

We've all heard the stereotypes. Symptoms of learning disabilities and attention disorders are often dismissed as laziness, too much energy, a result of bad parenting — or worse, that it's all in the head. There are even those who think it's completely and utterly made up.

But one Swedish filmmaker is shining a light on these often-misunderstood conditions. His moving four-minute silent film, "Bokstavsbarn" (or "Falling Letters"), gives viewers a glimpse into the life of a kid that struggles with attention issues.

You can check it out right here:

Erik Rosenlund was inspired to make the short film after becoming a father and remembering his own experiences growing up. Though he was never formally diagnosed with ADHD, the cause is still near and dear to his heart.

"I think it’s a large chunk of myself to some degree," said Rosenlund. "That’s certainly how I felt sometimes when I was as a kid. It can be very difficult to get my attention when I’m thinking about something."

Though not intended to depict one attention disorder in particular, Rosenlund's work has clearly resonated with those affected by ADHD. Which is important when you consider an estimated 6.4 million children in the U.S. between the ages of 4 and 17 are diagnosed with ADHD. They can have trouble focusing, reading, remembering things, and, sadly, even making friends.

Because of this, people have many misconceptions around ADHD. But as Rosenlund's short film illustrates, an attention disorder such as ADHD is a very real and serious condition that requires patience and — most importantly — love.

That's why understanding its effects is so crucial.

All of us have run into trouble learning something new and getting distracted at one point or another. But individuals who have learning disabilities are experiencing those things on a level that is hard to grasp for others.

There's a lot that goes into a diagnosis of ADHD that's often misunderstood.

The Diagnostic and Statistical Manual of Mental Disorders breaks down a detailed list of symptoms that must be present. And an ADHD diagnosis requires children to exhibit six or more of the symptoms. So if you immediately associate inattentiveness with ADHD, remember that there's a whole lot more to the story than meets the eye.

"Everyone’s different," said Rosenlund. "My imagination runs away with me rather than me being physically hyperactive. I have no problems sticking to a singular activity."

No doubt a little awareness on the subject can go a long way.

In fact, people who have ADHD often have to work even harder and put more effort into the same task than someone without it. It's an intense struggle that they have to overcome constantly.

But it has nothing to do with intellectual capability. Many people with ADHD are extremely smart and creative thinkers. They're just doing it in their own style.

The feeling can be isolating at times. But that's why works such as Rosenlund's film are key to debunking these myths.

When gifted storytellers are able to share their experiences in such a profound and impactful way, our eyes are opened to a much bigger truth.

More importantly, the short film also touches on the importance of having support from your family.

Yes, dealing with ADHD can be difficult. But there are so many ways to foster a healthy environment at home. From talking about coping strategies to exercising regularly to going out and having fun, each one plays a part in bringing out the best in everyone.

"The best thing [family] can do is find an outlet for their child’s creativity. I think we too often try to fit everyone into a single mold that isn’t made for everyone," Rosenlund said.

The more we understand ADHD and other learning and attention issues, the better we can understand and support those who have them.