A new PSA on Down syndrome is being both praised and criticized by advocates. 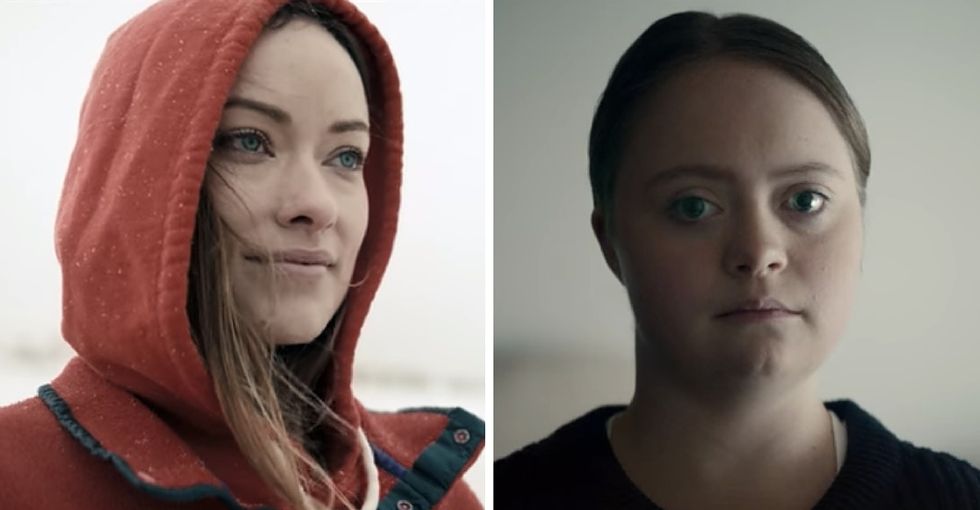 The PSA is tugging at the Internet's heartstrings with a simple yet powerful message.

Produced by Italian advocacy group CoorDown and ad agency Saatchi & Saatchi, Rubright narrates as the video follows a woman living out her everyday life — laughing with friends, working as a chef in a restaurant, watching TV, singing karaoke.

You might recognize this woman (the other star in the message) as actor Olivia Wilde.

“This is how I see myself," Rubright, who has Down syndrome, says in the voice over. "I see myself as a daughter, a sister, and a best friend. As a person you can rely on."

"I see myself meeting someone that I can share my life with. I see myself singing, dancing, and laughing until I cannot breathe, and also crying sometimes. I see myself following my dreams, even if they are impossible — especially because they’re impossible. I see myself as an ordinary person with an important, meaningful, beautiful life. This is how I see myself. How do you see me?"

At the end of the video, it's revealed that Wilde's character is living out Rubright's actual life, with all the ups, downs, and meaningful moments that come with it.

"This metaphor is aimed to ignite a conversation around how those living with Down syndrome see themselves and how they are sometimes disadvantaged when people pre-judge them based on their condition," Saatchi & Saatchi explains on its website, noting the video aims to promote inclusion. "Even more than what is said about them, the way other people look at them is a common indicator of this type of prejudice."

While much of the reaction to the video has been positive, some have pointed out problems in the way the video addresses the issue.

Writer David Perry pointed out in a post for The Establishment that while "the people involved with the film are clearly well-intentioned in their desire to fight anti-disability stigma," the PSA implies that disability is something that should be invisible — an argument many activists would say is problematic.

"The broader disability rights movement has worked long and hard to promote disability as an identity and an aspect of diversity to celebrate," Perry wrote — not as something about a person we should be fighting to erase.

He spoke with advocates that supported this idea and took to Twitter to point out their perspectives:

While advocates may disagree on the PSA's approach, it's great that the video has directed attention to an important day and utilized the talents of a remarkable person to do it.

Beyond her other accomplishments, Rubright is a Special Olympics athlete and a leader of the grassroots group the Anna Foundation for Inclusive Education, which her family launched while she was entering kindergarten. The nonprofit focuses on helping those with Down syndrome find success — whether it be academically, socially, or as leaders in their communities.

To learn more about the Anna Foundation for Inclusive Education, check out the group's website.

Watch the PSA by CoorDown below: