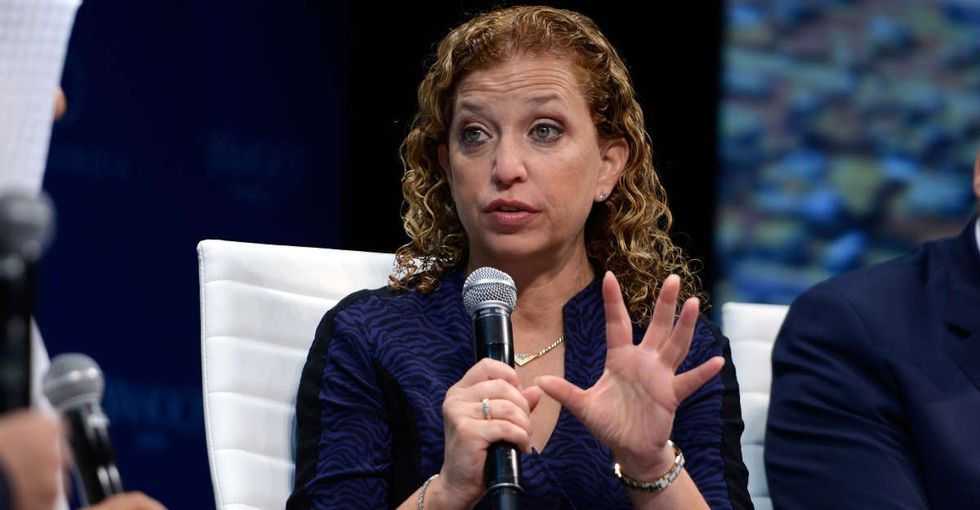 The chair of the Democratic National Committee — Debbie Wasserman Schultz — touched off a heated debate on Wednesday with a comment about young women and abortion rights.

In an interview with The New York Times, Wasserman Schultz was asked whether she thought older women were more enthusiastic about Hillary Clinton's candidacy than younger women were.

The top Democrat didn't really address the question, instead she used her answer to suggest that young women are insufficiently committed to preserving the reproductive freedoms secured by earlier generations.

"'Do you notice a difference between young women and women our age in their excitement about Hillary Clinton? Is there a generational divide?'

'Here’s what I see: a complacency among the generation of young women whose entire lives have been lived after Roe v. Wade was decided.'"

The notion that young women aren't serious about fighting for abortion rights was news to a lot of young women.

And they let Wasserman Schultz know, using the hashtag #DearDebbie.

Wasserman Schultz is right that abortion rights are being slowly-but-surely rolled back in many places across the country.

While the decision in Roe v. Wade (and the more recent Planned Parenthood v. Casey) prevents states from banning the procedure outright, many have responded by passing laws that impose onerous, often near-impossible-to-satisfy, regulations on clinics that offer abortion services.

Additional regulations in many states attempt to make securing an abortion more difficult for the people who want them. According to the Guttmacher Institute, 17 states require that people seeking abortions undergo some form of counseling first.

More than half of all states — 28 — impose a waiting period between when the procedure is requested and when it is performed, which effectively means making two separate trips to the clinic in 14 of those states. For people who are poor or without access to reliable transportation or the ability to take time off from a job, this often represents an insurmountable burden.

A whopping 38 states require some form of parental notification for minors seeking an abortion (such laws have little to say about the potentially disastrous consequences of a minor having a child).

But she's not so right to suggest that young people are complacent. Quite the opposite, in fact.

Contrary to Wasserman Schultz's assertion, thousands of people across the country have been speaking out against new restrictions on reproductive rights, and young people have done a pretty bang-up job leading the way. Movements like #ShoutYourAbortion and the 1 in 3 Campaign that seek to humanize those who seek out abortion — and allow them an outlet to tell their stories — were spearheaded by young people.

Even legacy reproductive rights organizations have seen an influx of youth in recent years. As of just a few years ago, a NARAL spokesperson told The Nation that roughly 60% of its members were under 35. The Planned Parenthood Generation Action Group boasts over 200 member organizations at colleges and universities in all 50 states.

After hearing from dozens of young activists, Wasserman Schultz responded on Twitter.

And made it known that she'd heard the message loud and clear.

It's an encouraging sign that young people and politicians who support reproductive rights are, perhaps, actually listening to each other.

Hopefully the mutual listening will continue — and progress can continue to be made.