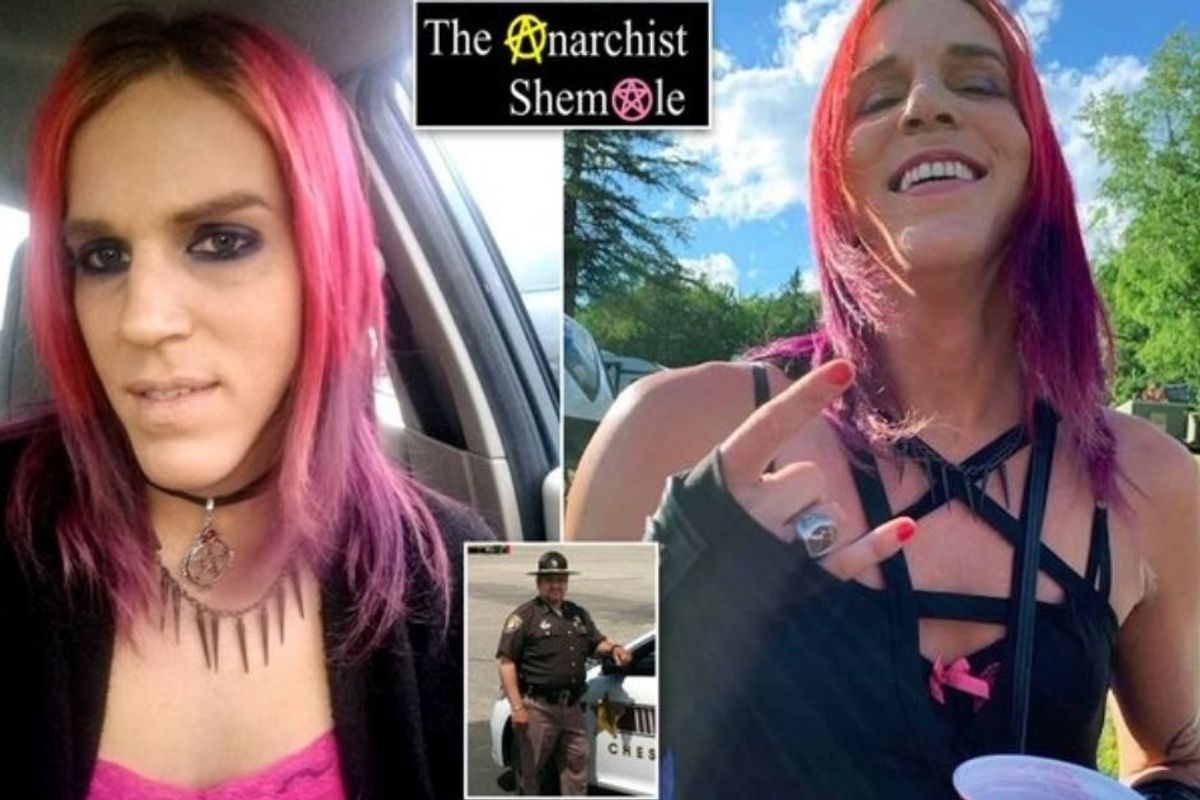 "None of it is a secret. I couldn't possibly have been more upfront about who I am, or my position on things. Did none of you pay attention to the election two years ago, when I criticized Eli Rivera for not going far enough with his sanctuary policy? Did none of you remember the six foot tall tranny who ran for sheriff and then city council?

You could have easily looked at a sample ballot prior to the election, and you could have simply looked up the candidates in a search engine. By doing so, you, like the good citizen in Rindge, would probably have been appalled, and probably wouldn't have voted for me. I wouldn't have begrudged you for that. I was, after all, rather upfront about it. I went into it expecting that I would lose the primary to a write-in candidate, because I didn't think that so many voters were just… completely and totally oblivious about who they are voting for.

More than 4,000 people went into the voting booth on September 8 this week, and they all filled in the circle by my name despite knowing absolutely nothing about the person they were nominating to the most powerful law enforcement position in the county. That's a level of recklessness of which any decent human being should be ashamed."

Regardless of how you feel about DiMezzo, her message, or her methods, she's absolutely right about one thing—voters too often go to the polls woefully uninformed, especially when it comes to local politics. Local elected officials are the ones who generally have the most direct impact on our daily lives, and it's our responsibility as citizens to learn about the people running for these positions.

DiMezzo isn't lying when she says her stance wasn't a secret. Six days before the election, she posted a horribly offensive meme about the police on her Twitter account, reminding people to vote for her.

And interestingly, people did. Here's the breakdown of votes by town in the county.

There was apparently one person who did realize that DiMezzo was not exactly what the Republican party had in mind for county sheriff, and who organized a write-in campaign. It still wasn't enough even in that one town to outnumber the votes DiMezzo received, but she praised that person for trying to spread the word.

"For those of you who actually did research, thank you. I'm not being snide. I'm glad that someone bothered to actually look at to whom they were handing power over theirs and other people's lives. Sadly, you number in the minority. The write-in campaign in Rindge was exceedingly well done–a testament to the power of grassroots, decentralized communication–yet it saddens me that it was even necessary. One person did their research prior to the election, and he spread what he found everywhere. Good on him. That is a person I respect. But those people who learned of me because of this person should have already known. They didn't, though. Because they trusted the party. They trusted the system. The system, they thought, surely would never let them down.

I'm running for sheriff because I oppose that very system, and the sheriff has the most hands-on ability in Cheshire County to oppose that system. The system that let you down by allowing me–the freaking transsexual Satanist anarchist–be your sheriff candidate is the same system I'm attacking. I'm sorry, and I know it hurts to hear, but that system is a lie. The entire thing is a lie. It's broken from beginning to end, and my existence as your sheriff candidate is merely how this reality was thrown into your face."

Even though this was a local election, it should be a wake-up call for all of us to really examine the system. Even if we're not anarchists opposing the system like DiMezzo, we should at least understand it and invest in it fully if we agree with it. The passive approach to civic engagement has real consequences. DiMezzo made her point with the Republican ticket, but an unopposed candidate on a Democraft primary ticket doesn't automatically make them an ideal candidate.

We often focus on getting out the vote, but people also need to know who and what they are voting for. That's the whole point of DiMezzo's run for sheriff, and even if we don't agree with her on everything, we should all humbly heed the red flag she has raised.

From Your Site Articles
Related Articles Around the Web
elections