A Woman Lived Through Something Awful. Now She’s Helping Others Do The Same.

When a person who has attempted suicide talks about his or her experience, it can do two pretty amazing and necessary things: 1) let other people who are in a similar place know they're not alone and 2) give people who have never been there a glimpse into what it's like. 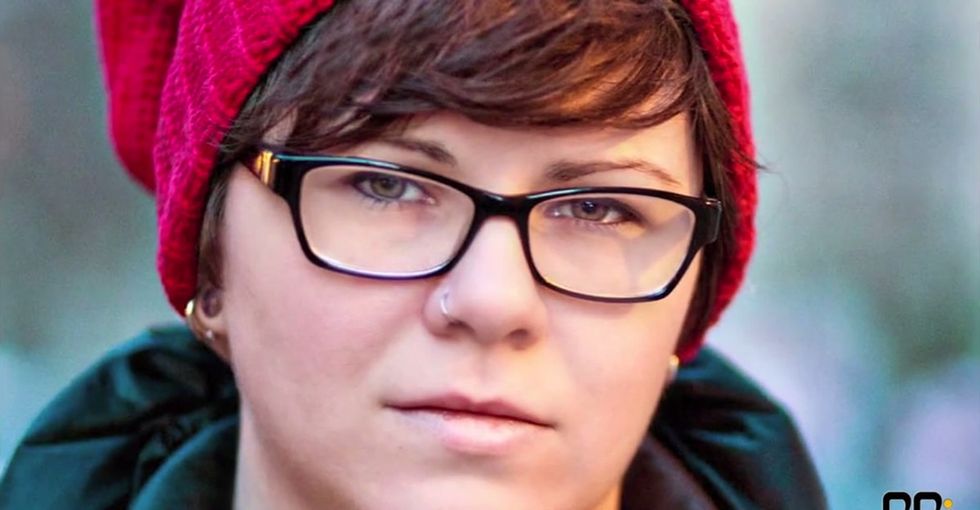 Those outcomes are exactly what Dese'Rae L. Stage is hoping (and already starting) to achieve with her project, Live Through This. She invites people to share the story of their suicide attempt and then takes a portrait of them. Welcometoterranova curator Rebecca Eisenberg posted Dese'Rae's Kickstarter video for the project to the site about a year ago; you all helped share it and get some funding for her to travel outside of New York and tell more stories. Dese'Rae has now done interviews in seven cities and has 66 stories total (when she did the Kickstarter, she had 15). She will soon head to Boston and L.A. to collect more.

A suicide attempt survivor herself, Dese'Rae's goal is to remove some of the stigma and shame associated with suicide to enable a more open dialogue. She hopes to make it easier for those who need help to recognize the signs and seek it and for everyone else — from friends to medical professionals — to understand what's happening and provide support.

While there's still a long way to go, Dese'Rae said she's beginning to see a small shift in the attitude toward suicide and suicide-attempt survivors. Two of the most surprising things? Before the project, Dese'Rae had mostly encountered angry loss survivors (people who've had a loved one die by suicide). Now, she said, "I get a lot of support from loss survivors ... . I’ve gotten so many people who lost someone say, 'I wish they had seen your website. I feel like maybe it would have given them hope to live one more day.'" She also gets lots of emails from people around the world who've seen the Live Through This site and realized they're not alone.

The other surprise? Medical professionals, who in the past discouraged discussion among suicide-attempt survivors, have started to get on board and "see that attempt survivors are a great resource." She's been working closely with the American Association of Suicidology. (Yep, that's a thing.)

Some other learnings from the past year?

"I’m really, really not alone," Dese'Rae said. "That was what I started the project thinking, that I was alone. I was hoping there was someone out there, but it was such slow going." She said that since the Kickstarter, the emails have been pouring in from people all over the world who want to share their stories. And though the media (when it covers suicide, which is rare) tends to focus on suicide within the LGBTQQ community or among young people who are being bullied, "[t]here are so many of us, and we’re all different kinds of people." Dese'Rae said. "We can’t be stereotyped — this affects all ages, orientations ... musicians, artists, people of faith. We’re all here together."

So what do we do? Keep the dialogue open. Share these stories and information about suicide (see below for some resources). We'll help by doing our best to keep getting this out there. (As Dese'Rae said, "You guys are covering it, but you have balls. There are so many media outlets out there who won’t touch it.")

"The more widely disseminated it is, that there are people out there who are talking about their experience openly and honestly ... . Some people felt like they were saved; some people still struggle with it. The more we get those things out there, the more we can change the landscape."

Some other things you might not have known or thought about regarding suicide:

Lastly, this video of Dese'Rae sharing the story of her own suicide attempt and how she found her way to creating Live Through This is definitely worth a watch: