Actress Aunjanue Ellis wants Mississippi to 'take it down.' It's time they did.

For once, red-carpet questions about a woman's outfit make sense. 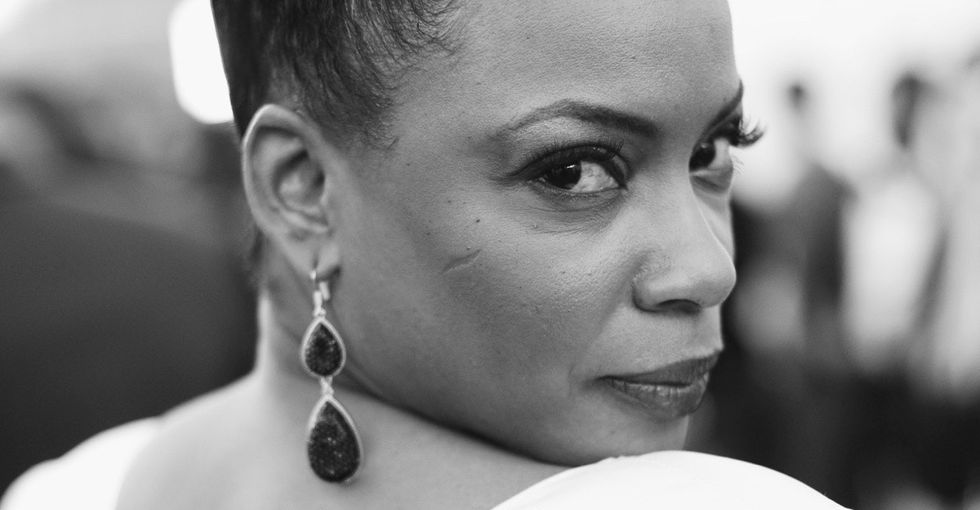 Ahead of the NAACP Image Awards, "Quantico" actress Aunjanue Ellis approached her show's costume designer with an unusual request.

Ellis wanted to find a way to send a message to the state of Mississippi, where she was born and raised. So she turned to "Quantico" costume designer Sami Rattner for help.

The result? A beautiful white dress with the words "Take it down Mississippi" written across the front, accompanied by a red handprint.

In June, Ellis penned an opinion piece for Time, saying she would no longer act in the state until it takes the flag down. And she asked other Mississippi-affiliated actors, authors, and artists to do the same.

She's not boycotting because she hates the state, but rather what the state's flag represents. She's asking that people take a long look at whether that imagery (and all that comes with it) is worth keeping.

"Mississippi is my home," she wrote. "Everything I love the most in this world was born here, or I discovered here. ... The sum total of this state is not that flag."

Back in 2001, the people of Mississippi voted on whether to replace the Confederate symbol.

Will the state ditch the flag? Hopefully. Until then, we can all expect Aunjanue Ellis to continue speaking out.