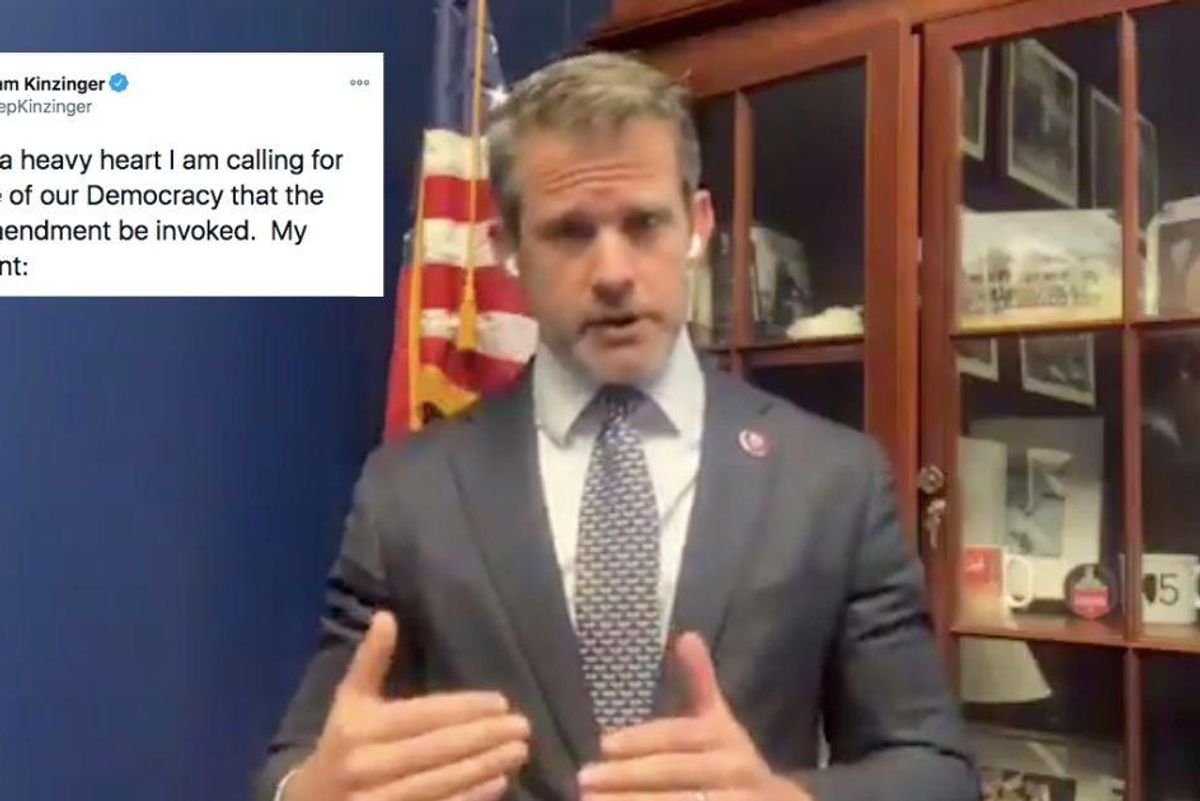 Yesterday was a dark day for the United States of America. As members of Congress met to officially count the 2020 presidential election votes from the Electoral College, a pro-Trump mob of insurrectionists broke into the Capitol building and stormed both chambers of Congress, forcing Senators and Representatives into hiding, and leaving a path of destruction in their wake.

The threat was, and is, real. United States lawmakers were temporarily prevented from performing their constitutional duty to count the certified election results—a duty that is necessary to ensure the orderly transition of power—by people who had just built gallows outside of the Capitol building and who carried guns and zip ties into Congress chambers. The storming of the Capitol was not a peaceful protest, but an act of terror by people who believe President Trump's delusional rhetoric that he actually won the 2020 election in a landslide.

Unsurprisingly, Senate Minority Leader Chuck Shumer has called for President Trump to be removed from office, either via impeachment or the 25th amendment. Also unsurprisingly, other Democratic leaders have voiced support for the idea.

The quickest and most effective way—it can be done today—to remove this president from office would be for the Vice… https://t.co/xo0PafXQpy
— Chuck Schumer (@Chuck Schumer)1610038101.0

However, it's not just Democrats who are now calling for such measures.

This morning, Republican representative Adam Kinzinger of the 16th district in Illinois took the bold step of calling for Trump to be removed from office via the 25th amendment.

In a video statement, Kinzinger said:

"Yesterday was a sad day, as we all know. It was the day where fires stoked by the president and other leaders finally leapt out of the pit, and it lit the trees. Thankfully, the strength of our Constitution and democracy help, and we emerge today a little battered, but resolved.

What happened yesterday is a wake-up call to many, but it's a call to accountability for others. In the past few presidencies, the administrations have been so concerned about even a moment of weakness that the 25th Amendment was invoked during minor surgeries, passing the duties to the vice president while the president was under anesthesia, because even for that moment to have the captain of the ship absent could cause a major catastrophe.

Sadly, yesterday it became evident that not only has the president abdicated his duty to protect the American people and the people's house, he invoked and inflamed passions that only gave fuel to the insurrection that we saw here. When pressed to move and denounce the violence, he barely did so, while of course, victimizing himself and seeming to give a wink and a nod to those doing it. All indications that the president has become unmoored, not just from his duty or even his oath, but from reality itself. It is for this reason that I call for the vice president and members of the Cabinet to ensure the next few weeks are safe for the American people and that we have a sane captain of the ship.

Section 4 of the 25th Amendment allows a majority of the Cabinet and the vice president to assume the duties of the office of presidency until the president is able to himself. It's time to invoke the 25th Amendment and to end this nightmare. We will rise from this, but we cannot forget what led us here. The liars and the conspiracy authors are already at it again this morning with false narratives about yesterday's disaster.

What a time to be an American, when members of a president's own party are calling for his removal two weeks before he's going to lose power anyway. In a truly dark time for our nation, seeing glimmers of truth and reason peeking through offer glimpses of hope for the future of the U.S.

From Your Site Articles
Related Articles Around the Web
democracy