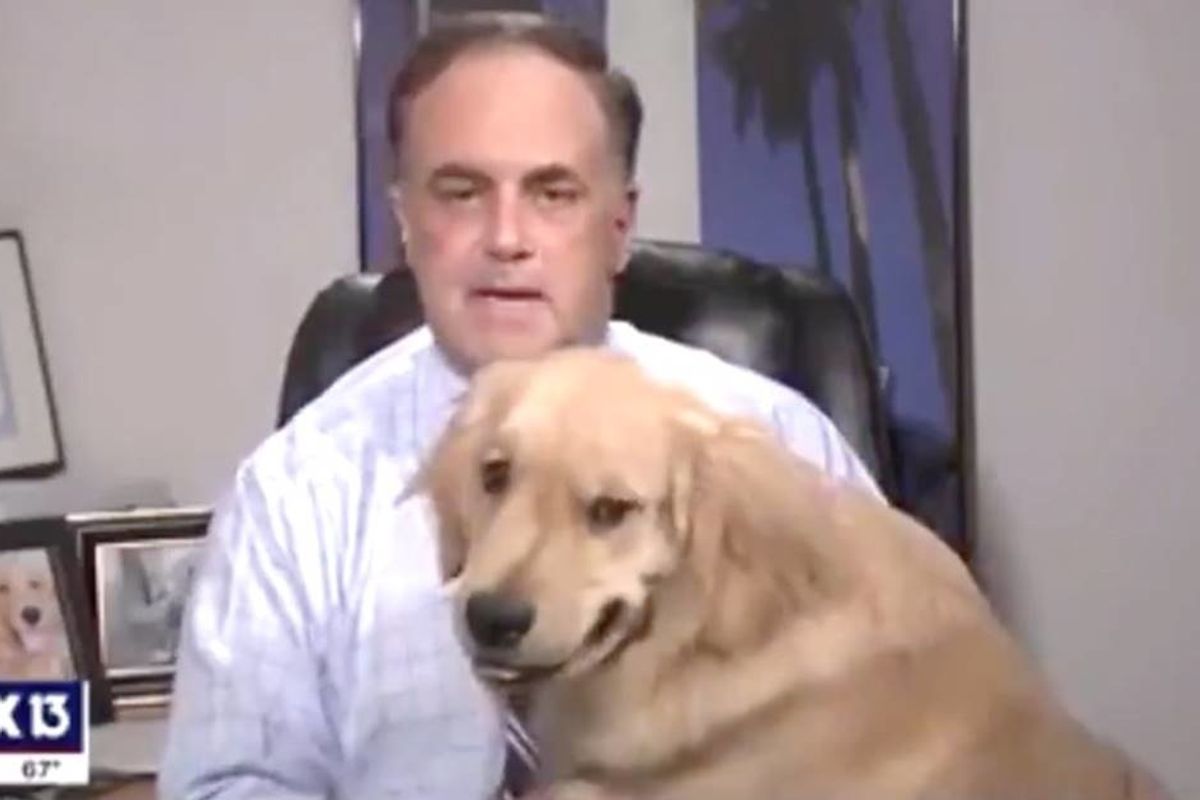 Earlier this month, Fox 13 meteorologist Paul Dellegatto was presenting the weather forecast from home when his Golden Retriever, Brody, kept accidentally bumping the computer. So Dellegatto let Brody sit on his lap during his broadcast and cuteness ensued.

But the Golden Retriever couldn't sit still for long. Body then jumped off Delgatto's lap and walked towards the window where his cameraman, Craig, was filing the weather segment from his porch. This confused poor Brody who probably doesn't understand social distancing.

"Don't take this the wrong way, Paul, but this is amazing," the show's anchor told the embarrassed weatherman.

From Your Site Articles
Related Articles Around the Web
school
Culture

In 1979, filmmaker and activist Jean Kilbourne released the documentary "Killing Us Softly: Advertising's Image of Women." The landmark film provided an eye-opening look into how the the media's sexualized, objectifying images of women negatively affect society.

Given the fact that the media hasn't stopped objectifying women, its only got better at it through the use of digital tools, the documentary has been updated three times.

In 2010, Kilbourne released "Killing Us Softly 4" that revealed how beauty standards had become even more unobtainable in the Photoshop era.