After a woman asked if they had a 'permit', twin 7-year-olds' lemonade stand is back in business 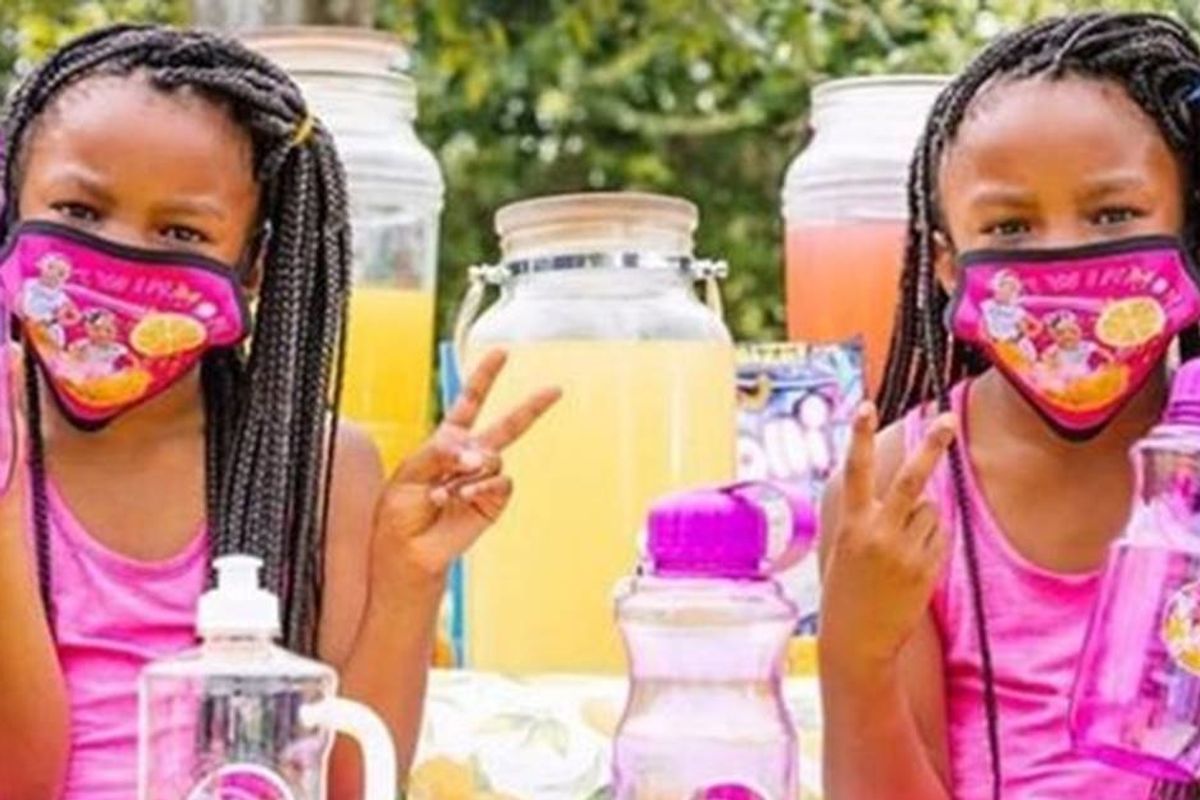 There has been a rash of incidents in the news about nosy white people summoning the powers of the state to stop Black people from doing everyday activities.

One of the most notorious was "Permit Patty," a woman who called the police on a young Black girl who was selling bottled water on a San Francisco sidewalk.

Seven-year-old twin entrepreneurs Kamari and Kamera from Savannah, Georgia had the legality of their lemonade stand questioned by a white woman on social media after a photo was posted of their new business.

Instead of celebrating two children with entrepreneurial spirit, she attempted to question the viability of their business.

"A lady came in and was like, 'I bet they don't have a license.' And other people were like, 'how do you know that?' and she was like, 'I seriously doubt it,'" the girls' father, Quentin Lawyer said.

Lawyer believes that the woman's comment was an example of blatant racism.

"I didn't even comment back to her," he said. "What she tried to do, it caused the opposite, really. She helped us more than she hurt us."

So, instead of closing up shop, a friend of the family helped the twins apply for a business license from the city so they can sell their lemonade without facing any harassment from law enforcement or nosy white people.

Now, their business, Twin-Monade, is fully licensed in the city of Savannah and they've expanded their menu to include more flavors. "Our flavors are strawberry-kiwi, blue raspberry, cotton candy, coconut, banana," Kamari said.

Over just a few days, they made over $5,000. "That's the whole purpose of it," Lawyer said. "To create generational wealth."

On Juneteenth, they had a line down the block and it was an hour wait for the lemonade.

"We were talking today about it being Juneteenth and ways to support Black businesses," customer Aimee Baxter told CBS News. "So we thought this was the business that we wanted to make sure we supported today."

The girls' mother, Charnise Anderson, hopes this is just the beginning of something much greater. "It's really great and we're just looking to just push it forward," Anderson said.

On a deeper level, it's a little ridiculous that young children should have to get permission from the state or city just to serve up a cold glass of lemonade to a thirsty customer. Lemonade never killed anybody and anyone who stops by to pick up a cold glass understands the risk they may be taking.

In rare circumstances, if the lemonade is too cold, you could experience momentary brain freeze.