Age ain't nothing but a number ... until you see how it affects Oscar nods. 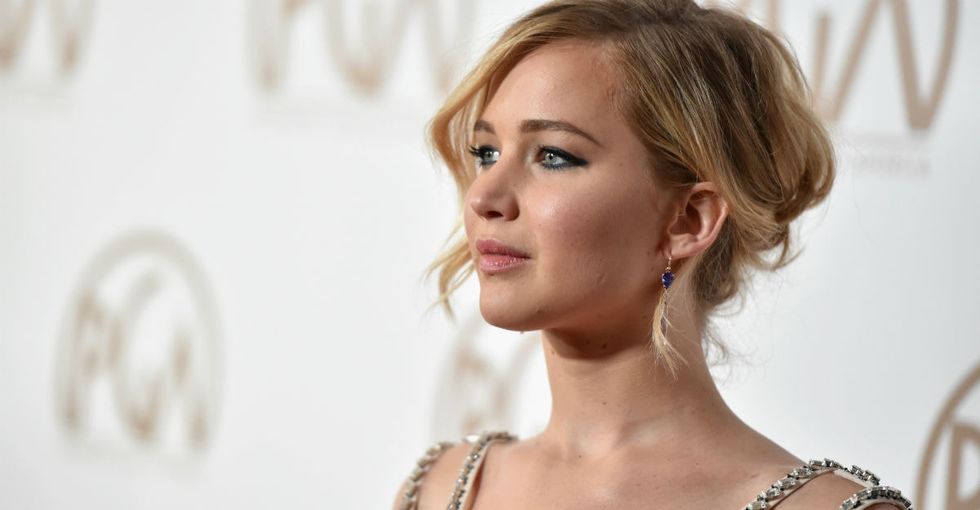 I did the math on the Oscars. And unfortunately, it's a bummer.

This year's Academy Awards don't just have a racial diversity problem (which you've probably heard all about by now), the nominations have a gender age gap problem, too.

There's a 10-year difference between the average age of the nominated actors and actresses this year.

Hmmm. Houston, do we have a big, sexism-meets-ageism problem on our hands here?

Maybe I'm just being paranoid. I mean, any statistician would probably tell me that I can't just look at a single year's worth of data and claim there's a problematic pattern (at least, that's what I assume a statistician would tell me, if I asked).

So I looked at the ages of last year's nominees. Surprisingly (or maybe not-so-surprisingly), a nearly identical gap existed in 2015. The average age of the actors at the time of last year's awards was 51, while it was 41 for the actresses.

If one time is a mistake, two times is concerning, and three times is a pattern...yeah, Houston, it seems we have a problem here.

The Oscars' bias against older women is long and well-documented.

The Chicago Tribune, for instance, created a super handy interactive graph that plots all the acting nominees and winners between the very first Academy Awards in 1929 and 2014, when Lupita Nyong'o won for her role in "12 Years a Slave."

Lupita Nyong'o won Best Supporting Actress for her role in "12 Years a Slave" in 2014. Photo by Rich Polk/Getty Images for Marie Claire.

So why does this weird gap exist? Is Hollywood filled with awful, sexist, ageist dudes in powerful positions?

While we can't rule that out, the problem is a bit more complicated than that.

As is the case with the Oscars' lack of racial diversity, nominees (and winners) are more a reflection of what types of movies are actually getting produced and gaining attention, as well as what types of roles are available in those movies. For decades, studio heads have assumed American moviegoers won't watch a film with, say, a person of color as the lead. Or with a female-led cast. Or an openly gay main character. Despite these notions being proven wrong time and time again — remember when "Straight Outta Compton" blew away the box office, or when Melissa McCarthy’s “Spy” raked in $236 million last year? — Hollywood bigwigs still seem hesitant to fund projects they deem "risky" for their bottom lines.

The discriminatory nature of the Oscars is the result of a much deeper-rooted, systemic problem in the film industry.

Matt Damon and Ben Affleck, after they won Oscars for Best Original Screenplay for "Good Will Hunting." Photo by Hal Garb/AFP/Getty Images.

When women get older, for instance, the number of prominent roles available to them shrinks way more than it does for aging men. Part of the problem is the fact that old(er) dudes being romantically matched with women half their age on screen is a normalcy (no one batted an eye when then-50-year-old Steve Carell was paired with then-29-year-old Olivia Wilde in "The Incredible Burt Wonderstone"), while the reverse is a rarity.

In case you're wondering what Oscar-winner Dame Helen Mirren thinks of this sad double standard, she believes it's "f*cking outrageous." Photo by Ari Perilstein/Getty Images for FIJI Water.

There may be another factor helping drive the gender age gap at the Oscars.

Research out of Rice University suggests the fact women tend to launch their acting careers earlier than their male peers contributes to the fact they get recognized for their work (i.e., snag an Oscar nod) at a younger age.

Anne Lincoln, who was a sociology postdoctoral fellow at the time of the study in 2005, analyzed all the Oscar nominees dating back to the beginning of the awards and found women historically start acting an average of roughly two-four years earlier than men do. So it's natural they'd win awards earlier too.

But that doesn't dismiss the idea that Hollywood is partial to young women — it may support it.

"Is there a Hollywood bias toward younger women? That could be part of it,” Lincoln explained, noting that particular question wasn't part of her study's framework. "Women are more likely to be fashion models than men are, and if they begin modeling while they’re young, that might support a social-network approach to acting careers."

There's no easy way to fix the systemic oppression of certain groups at the Oscars. But, to give the Academy credit, they're trying.

After the whole Internet (or at least a ton of angry people on Twitter and Facebook) collectively rolled their eyes in frustration that all the acting nods went to white actors this year (for the second year in a row), the Academy took significant steps to change the status quo.

The Academy, which is overwhelmingly old, white, and male, is aiming to double the number of women and diverse folks in its membership (the people who actually cast votes for the Oscars) by 2020. It's also capping voting statuses at 10 years for inactive members, which will lead to a younger voting pool down the line.

No, this won't be an overnight fix for the larger systemic problems facing the film industry. But Academy President Cheryl Boone Isaacs said the Oscars can't afford to sit back and hope change will come.

“The Academy is going to lead and not wait for the industry to catch up,” she said in a statement. “These new measures regarding governance and voting will have an immediate impact and begin the process of significantly changing our membership composition.”

Diversity, FTW. But will this close the gender age gap for Academy Awards down the road? One can only guess. But I, for one, agree with Mirren: Hollywood double standards are f*cking outrageous. And it's about time the Oscars aim to put an end to them.