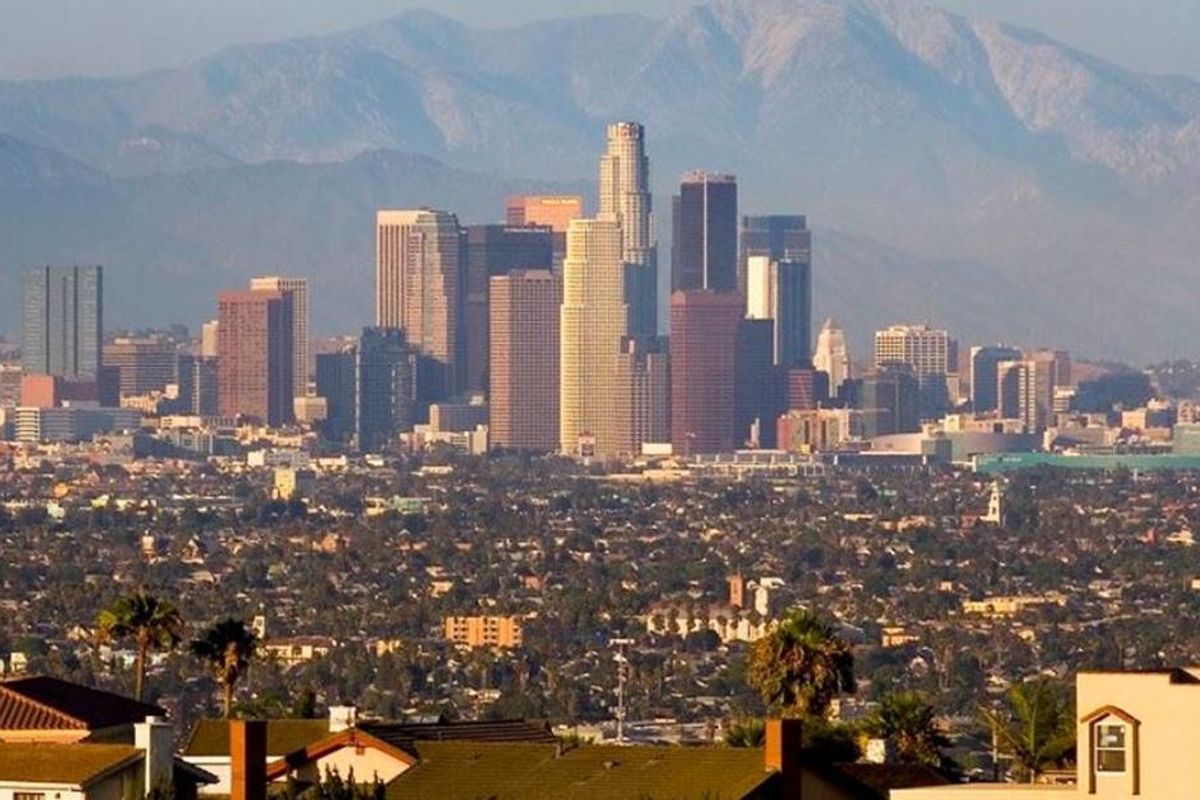 Human activity has drastically slowed over the past few weeks giving us a glimpse into what the world might look like if we weren't around. One of the most dramatic changes that we can see with the naked eye is an improvement in air quality over major metropolitan areas.

People around the world are truly excited to see clear skies and vistas that were previously obscured by pollution.

The Pir Panjal mountain range, which is a part of the inner Himalayan region is now clearly visible from #Srinagar, thanks to the #lockdown. Such enhanced air quality is being observed across #India. How I wish it stays like this post lockdown.#positivity @moefcc @CPCB_OFFICIAL pic.twitter.com/1FGrpaSdTY
— Parimal Nathwani (@mpparimal) April 24, 2020

BEST AIR QUALITY IN YEARS
Comparison of avg March pollutants '15-'19 vs this year. Air is fresher, water is cleaner, nature is trying to rebuild in the absence of massive travel. This really puts things into perspective. Step back and take, or, breathe it in. #njwx @njnntv pic.twitter.com/YsP7YtwBd9
— “NorEaster" Nick Pittman (@NorEasterNick) April 10, 2020

#LosAngeles without smog. 🌤 Last week, the @EPA reported that March 2020 reflected the best month of air quality in LA since at least 1980.https://t.co/PE2jO5dLjz via r/pics pic.twitter.com/MwawLWMuCP
— Reddit (@reddit) April 10, 2020

Never seen this hill from my terrace before. Saw it yesterday, even clearer today. Hope we manage to keep this air quality. pic.twitter.com/MXIt0xf3ig
— Nina Subramani (@NinaSubramani) April 20, 2020

One of the rare sights in #Islamabad these days. The air quality has improved around the city as one can view the distant mountains and snow-capped peaks of #AzadKashmir.

One unintended benefit of stay-at-home orders for #COVID19 is improved air quality. Here's a visualization of NO2 emissions in 2019 and same period in 2020. Details: https://t.co/9C1vIaksJU pic.twitter.com/on4JqfTRRY
— Capital Weather Gang (@capitalweather) April 9, 2020

Improved visibility is a wonderful gift but what's more important is a reduction in what we usually don't see in the air: atmospheric particulate matter or PM2.5.

Atmospheric particulate matter has a diameter of fewer than 2.5 micrometers, which is about 3% the diameter of a human hair. It is produced by cars, power plants, agricultural burning, airplanes, and volcanic eruptions.

The pollutant is a major health risk because it can lodge deep inside the lungs and pass into the organs and bloodstream causing damage that can be fatal.

Air pollution, in general, is a major health risk. According to the World Health Organization, it kills seven million people a year.

Researchers from IQAir — a global air quality information and tech company — studied ten major cities around the world that had COVID-19 outbreaks and stringent lockdown measures, to see how those policies affected the air quality.

The study found that cities with the world's worst air pollution saw a reduction in deadly particulate matter by up to 60%. To get an accurate gauge of the lockdown's effects, researchers studied three-week periods that coincided with the peak number of daily reported coronavirus cases.

New Delhi, India, one of the world's most polluted cities, saw a 60% reduction in dangerous particulate matter from March 23 to April 13 from the same period in 2019.

With vehicles off the road and industries shutdown in India to help combat the spread of COVID-19, the world's most polluted capital of New Delhi has experienced cleaner air.

Los Angeles, which is known for its oppressive traffic and notorious smog, saw its longest stretch of clean air on record. Particulate levels were down by 31% from the same time last year, and down 51% from the average of the previous four years.

Some estimates suggest that COVID-19 restrictions have taken about 80% of passenger cars off the roads in Tinseltown.

IQAir hopes that after people across the world have experienced the joy of living with clean air they'll fight to keep it that way.

"In our recovery from the pandemic, it's important that we strive to preserve the cleaner environment, which protects our health from another invisible killer, air pollution," IQAir's marketing specialist Kelsey Duskasaid said according to CNN.

"We hope that the urgency in tackling this global pandemic may be matched in addressing air pollution."