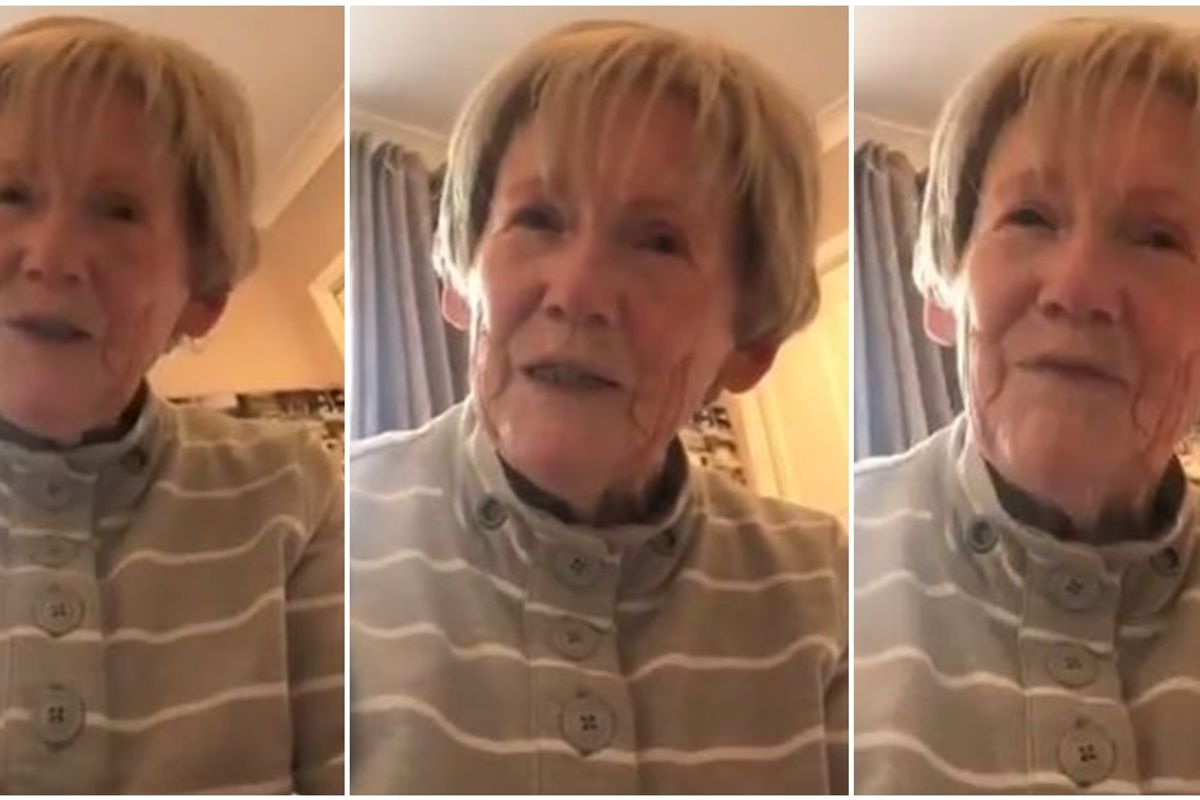 As society has become more accepting of LGBTQ people, the average age people come out of the closet has dropped significantly, from 37 among those in their 60s to 21 for those in their 30s.

However, many people, especially those who are older, are never able to come out because of societal or familial pressures.

An adorable new video that went viral on TikTok shows it's never too late to be your true self. A woman named Aimee was having a conversation with her grandmother — who she assumed was straight — when she admitted to being attracted to women.

Aimee thought it was so important that she had to capture the conversation on video.

Aimee wanted to know if it was just a sisterly love or sexual attraction. "Do you like prefer women's bodies?" Aimee asked.

"I think so, yeah" the grandmother answered. "I think boobs are nice. I think the penis, not that keen on it," she said with a grimace.

Aimee asked her grandmother what age the perfect woman would be and she said, "late 60s," and Aimee jokingly called her a "cougar."

"I just like women anyhow," the grandma said. "I've never liked men that much."

However, Aimee's grandma isn't quite ready to hit the dating scene yet. "At the moment Aimee, all I want to do is survive," she admitted.