As we're scrambling to fix health care, food stamps are quietly paying off. 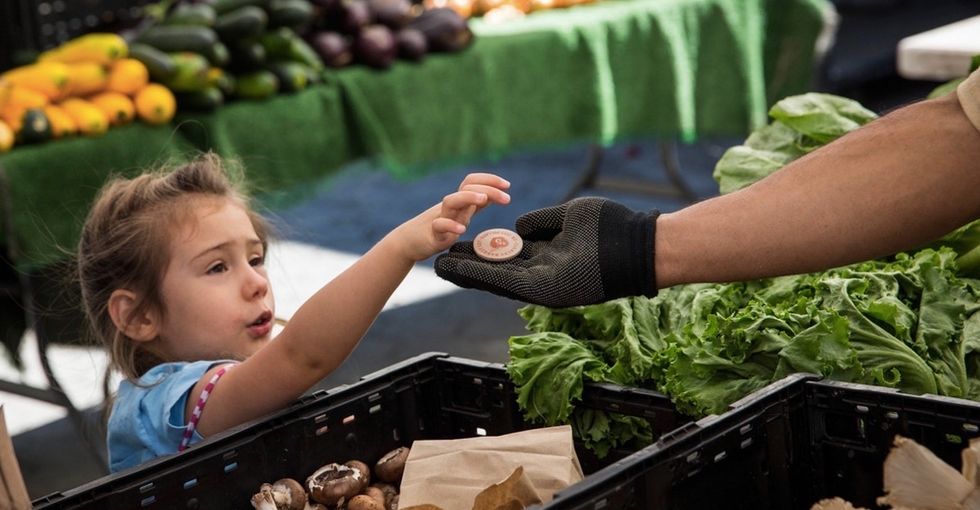 No one should have to choose between food and medicine. For many low-income people with chronic illnesses, however, it's a decision far too familiar.

Seth Berkowitz, a doctor at Massachusetts General Hospital, recalls a woman — a mother — who ended up in the hospital with dangerously high blood pressure. The woman had a prescription for a medication to keep her blood pressure down, but she hadn't filled it because it was nearing the end of the school year and her kids' final tests were coming up. Faced with the option of paying for a prescription she needed or making sure her kids weren’t going into their tests hungry, she chose to feed her kids.

This is not an uncommon dilemma. When Berkowitz conducted a study on the subject back in 2014, he discovered that a third of the chronically ill patients he saw couldn't afford both food and medication.

By skipping medications in favor of paying for food, people and families often end up spending more on health care in the long run. Medical emergencies are expensive — even just a ride in an ambulance can cost several thousands of dollars — and skipping regular checkups or other preventive care can lead to more costly problems further down the line.

According to a new study published in JAMA Internal Medicine by Berkowitz and colleagues, food assistance through the American government’s Supplemental Nutrition Assistance Program could help low-income individuals and families save on their medical bills.

SNAP — formerly known as food stamps — is a federal program that gives low-income individuals money to spend on food. The exact implementation varies state by state, but overall about 1 in 7 Americans get help through the program.

Though the program may have started with stamps and paper bills, today funds are distributed through government issued EBT cards like this one. Photo by Justin Sullivan/Getty Images.

Berkowitz’s study looked at roughly 4,400 low-income adults, about 40% of whom were on SNAP. When Berkowitz’s team compared how much the average person in each group was spending on health care, they found the SNAP group spent about $1,400 less per year.

For comparison, the average single adult on SNAP receives about $1,500 a year in benefits.

What can we do with this knowledge?

Berkowitz’s study wasn’t able to pinpoint why these savings happen, but they have some ideas. People with SNAP benefits — now better able to feed their families — may be more likely to get their necessary prescriptions and checkups. Being able to afford healthier food might also be a factor.

This market in New York City both accepts SNAP funds and rewards the purchase of fresh fruit and vegetables with vouchers. Photo by Andrew Burton/Getty Images.

This research is especially timely as America is searching for a way to decrease its massive health care bill.

By understanding how social programs help keep people out of the hospital in the first place, studies like this one can help us understand how to keep spending down.

Not to mention how to make sure moms like Berkowitz’s patient can both feed their kids and fill their prescriptions too.

Genuine forgiveness is one of the most beautiful gifts we can give to another person. Being forgiven is an amazing relief for the individual and allows the relationship to forge ahead without any debilitating emotional baggage.

However, people often disregard the life-altering benefits that come with being someone who is able to practice forgiveness.

The ability to completely let go of resentment isn't just great for us psychologically. Our bodies and minds are so interconnected that being able to forgive has physical benefits as well.

What happens when we don't forgive?

The world has come a long way in the past few decades when it comes to acceptance of people in the LGBTQ+ community. Those of us who grew up in pre-millennial generations remember a very different time, when hiding one's sexual orientation or identity was the norm, homophobic jokes barely batted an eye, and seeing someone living an "out and proud" life was far less common than it is today.

That was the world Dan Levy grew up in. The Schitt's Creek actor and co-creator was born in 1983, and on the day of the series finale of Schitt's Creek, his mom Deborah Divine shared a tweet that perfectly encapsulates not only the changes we've seen in society since then, but the impact Levy himself has had on that world.

Bill Gates can’t understand people who don't wear masks: ‘What are these, like nudists?’