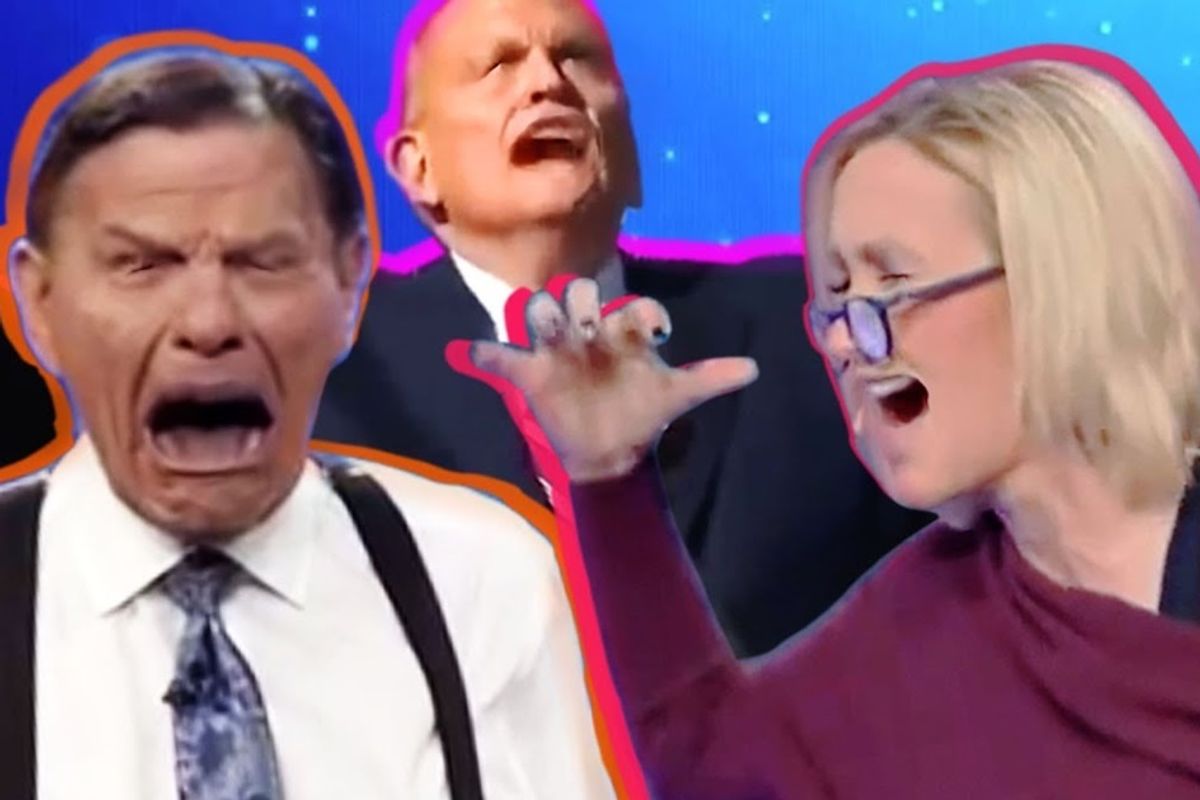 YouTube comedy stars The Gregory Brothers are back with a hilarious song that's as funny as it is catchy. The comedy quartet took clips of some of Trump's most ardent supporters having total breakdowns over his loss and autotuned them into melodies.

In the video, there's one lesser-known Trumper who deserves special attention, Bradley Knight. Knight is White's son and in the video, he says Americans will have to eat their "own dung" and drink their "own urine."

Why is this man talking about humans eating their own dung, you ask? He's referring to an Old Testament story in which a rabbi warns the Israelites that if Sennacherib, King of Assyria, captures Jerusalem, they're all in for a literal dung sandwich.

Does Knight believe that Biden era will do the same?

"But Rab-shakeh said unto them, Hath my master sent me to thy master, and to thee, to speak these words? Hath he not sent me to the men which sit on the wall, that they may eat their own dung, and drink their own piss with you?" (2 Kings 18:27)

This one will be stuck in your head at least until the inauguration.