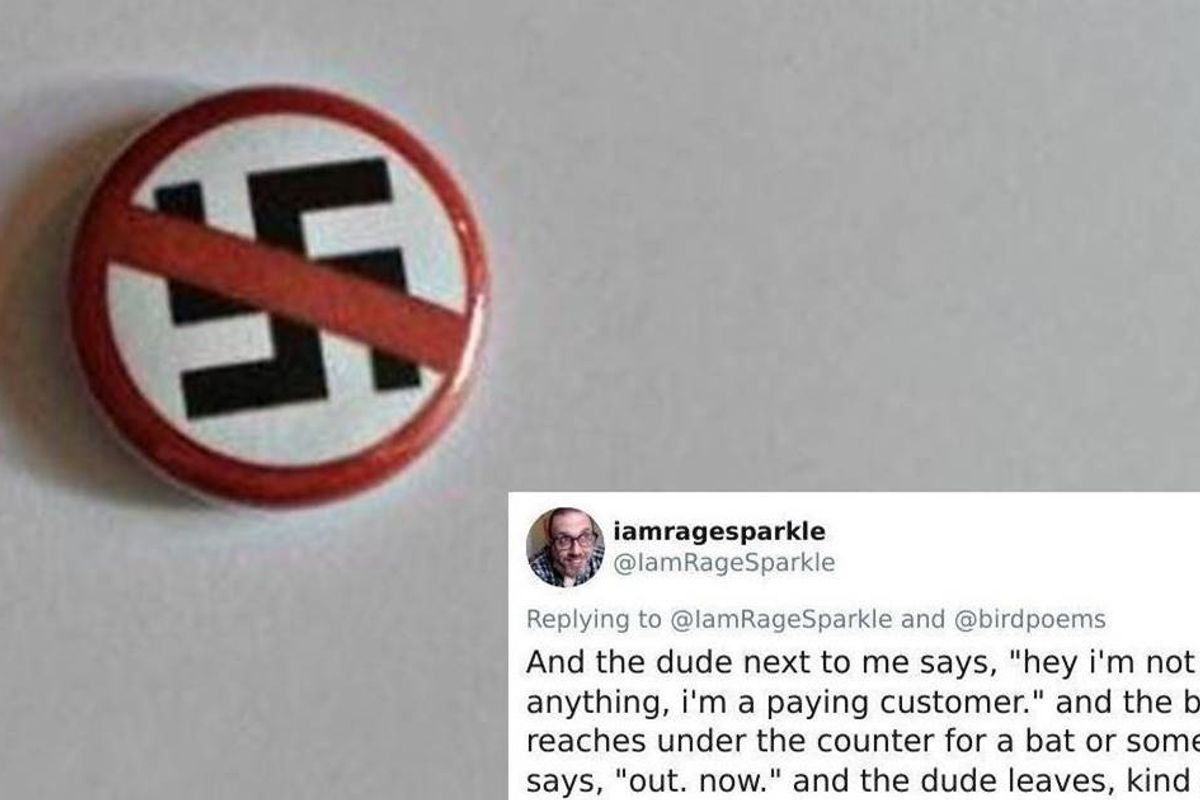 Others believed that it is totally fine to punch a Nazi.

The question of how to tolerate the intolerant was put beautifully by a philosopher named Karl Popper in 1945.

Michael B. Tager, a Baltimore-based writer and Managing Editor of Mason Jar Press, shared a similar scenario on Twitter recently that got a lot of attention. He shared a story of sitting in a punk bar when someone wearing Nazi paraphernalia sat down beside him.

The punk rock scene has always had to deal with the infusion of Nazi types since its beginnings in the late '70s. Seminal hardcore band Dead Kennedy's expressed their frustration with the interlopers in their 1981 classic, "Nazi Punks Fuck Off."

In Tager's story, the bartender shows zero tolerance for Nazis even if they're being peaceful and he gave a powerful answer why.

During the Spanish Civil War, a famous left-wing propaganda poster showing dead children killed by Francisco Franco's Nationalists read: "If you tolerate this, then your children will be next."

It's a powerful statement that carries importance to this day. If we tolerate intolerant ideologies such as white supremacy, then they will be allowed to flourish. That doesn't mean society has to be violent, but the enemies of tolerance should be pushed to the periphery of society.

Kick them out of your bars, places of worship, social media feed, neighborhood, school grounds, and politics. Once the Nazis are allowed to openly operate in tolerant society, it's going to take a lot more than punching to get them out.