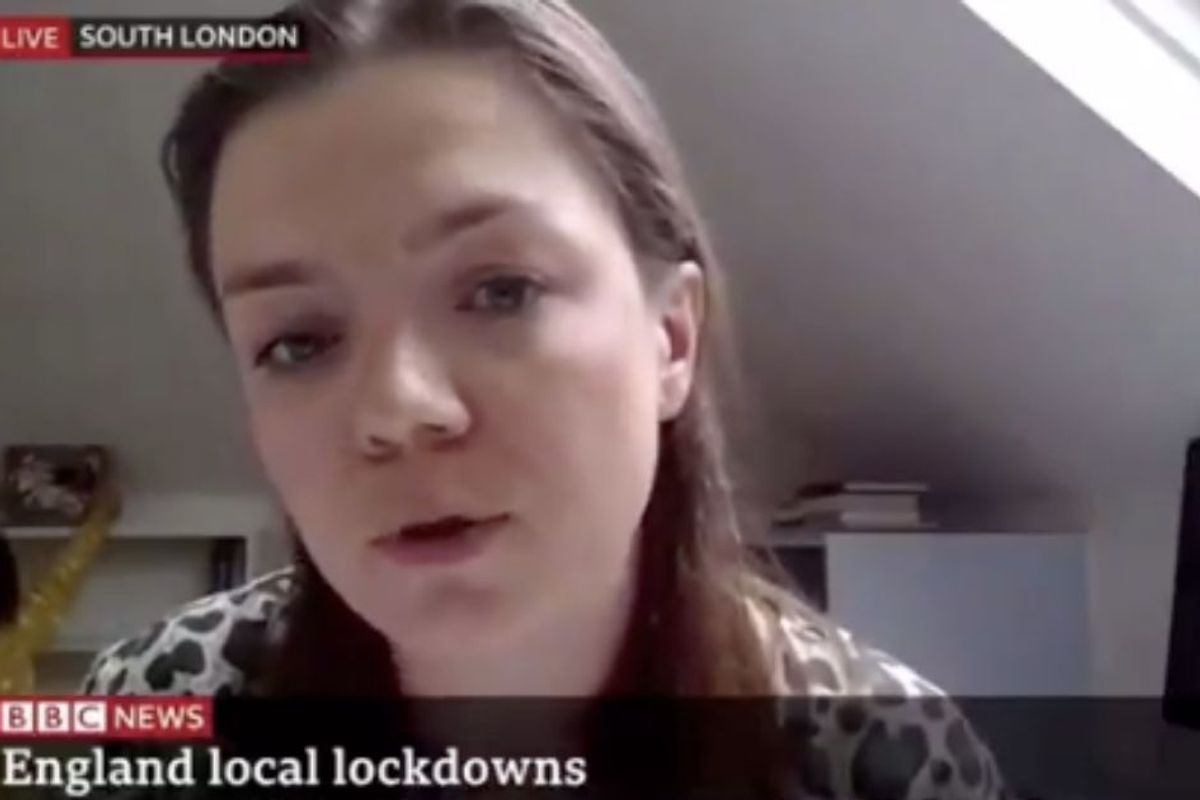 Since the pandemic began, millions of parents have found themselves juggling work life with home life at the exact same time—to varying degrees of success. Working from home always presents certain challenges, but when kids are home with you and you can't hire a babysitter or kid-swap with a friend due to social distancing, you do what you can and hope for the best.

A recent interview on BBC showcased the work/home life blend as Dr. Clare Wenham, Assistant Professor of Global Health Policy at the London School of Economics, spoke with host Christian Fraser about the lockdowns in the U.K. The clip begins with Wenham putting her daughter, Scarlett, down. As Wenham talked to Fraser, Scarlett worked in the background, clearly trying to decide which shelf she wanted her unicorn picture to be displayed on.

Fraser got a kick out of watching Scarlett's deliberations, so he asked her name and offered her his opinion on where the picture should go. After that, Scarlett was in the conversation. "What's his name? What's his name, Mummy?" she asked, until Fraser introduced himself. Then Scarlett explained her dilemma and asked her mom's opinion on which shelf she should use.

The whole interchange was just so wholesome and sweet, with the innocent little girl clearly having no concept of the importance of a BBC interview or any of the global pandemic details her mom and Fraser were talking about. She was laser focused on getting the right shelf for her unicorn picture, which is a perfectly appropriate thing for a child her age to be concerned with.

And aside from a few cranky grinches, people on Twitter loved it.

The scene was a bit reminiscent of the famous Dr. Kelly interview several years back, when his two young kids came into the room during his interview, followed by their mom flying in to drag them out. It became an instant classic, spawning a deluge of jokes and parodies. Even the little girl's yellow sweater and confident swagger became iconic GIFs and memes.

Anyone who has worked from home with kids knows that you can make it work most of the time, but there are going to be moments, hours or days when the wheels just fall off the cart. Sometimes it's maddening, but more often it's just a humanizing reminder that life happens and kids are delightfully unpredictable.

Scarlett did finally decide on a perfect place for her unicorn, by the way. And Dr. Wenham offered people her thanks "for kind words normalising the work-parent balance that so many are juggling amid #covid19 chaos."

We’ve decided on a shelf for the unicorn. Thanks to all for kind words normalising the work-parent balance that s… https://t.co/AMIlkclsk0
— Clare Wenham (@Clare Wenham)1593673550.0