Before he leaves office, Obama is helping cold case murder victims get justice. 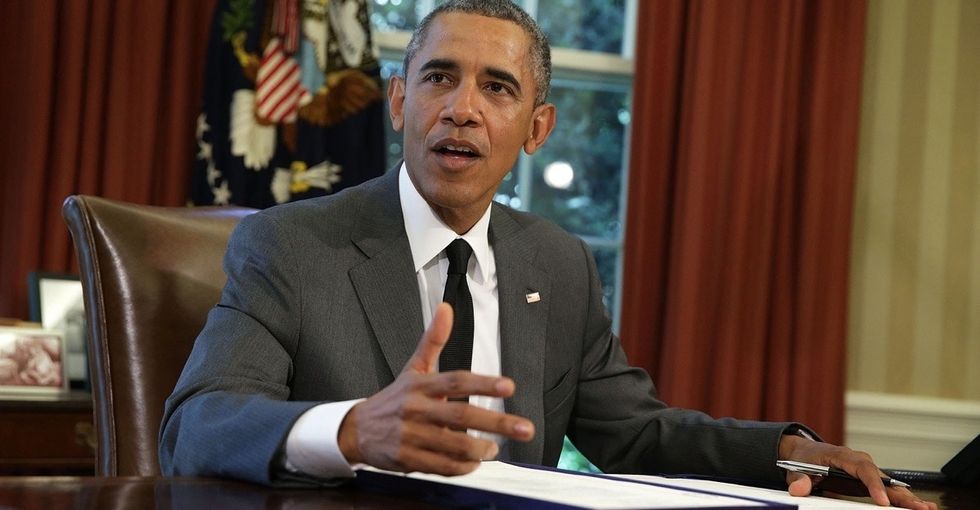 14-year-old Emmett Till was kidnapped, beaten, and brutally murdered by two white men after whistling at a white woman during a trip to Mississippi in 1955.

Image by Mamie Till Bradley/Wikimedia Commons.

The men tried for his murder were acquitted by an all-white jury, but later confessed their crimes to a reporter but the case couldn't be re-tried.

While Till's brutal murder shocked the country, racially charged murders were all too common then. Between 1877 and 1950, there were almost 4,000 cases of lynching of African-Americans, and that's just in the Southern states. Like Till, many were beaten, shot, or tortured to death well past the mid-century. Many of the perpetrators were untried or acquitted by all-white local juries.

But with the help of new legislation, some of these families may finally see justice served.

In one of his last moves in office, President Obama signed a bill that may finally help these murder victims and their families get justice.

Hundreds of racially-motivated cold case murders may be investigated with fresh eyes thanks to the Emmett Till Unsolved Civil Rights Crimes Reauthorization Act of 2016.

The new bill indefinitely extends a 2007 law that calls for a full review and accounting of civil rights statute violations that took place before 1980 and resulted in a death. The 2007 law was set to expire in 2017.

The law gives local police and district attorneys access to federal resources to investigate crimes that occurred before 1980, a 10-year extension on the 2007 law. Since many of these cases were picked up by civil rights groups, nonprofit groups, and universities after local jurisdictions marked them cold, the bill requires the FBI and/or the Justice Department to meet regularly with these entities to share information and keep investigators and the victim's families on the same page.

Since 2005, the FBI has investigated more than 100 cold cases, and this reauthorization will finally give jurisdictions the resources they need to successfully investigate these crimes.

In a powerful example of bipartisanship, the bill was also sponsored by legislators on both sides of the aisle.

“As we work to address current questions about racial violence and civil rights, we should be mindful of our history and why so many in the African-American community raise the issue of whether black lives matter,” Rep. John Conyers Jr. said to USA Today. “Passage of the original Emmett Till Act represented a commitment to resolving the unanswered questions from one of the darkest periods in modern American history.”

The reauthorization of the Emmett Till Bill is a small, but important, step toward racial equality.

It's clear race-based violence, harassment, and intimidation didn't end with the civil rights movement. Protests, demonstrations, and marches continue as black Americans and their allies join together to fight for justice at every level.

To move forward, we must remember victims like Emmett Till and honor their memories by demanding equality and bringing their killers to justice once and for all.