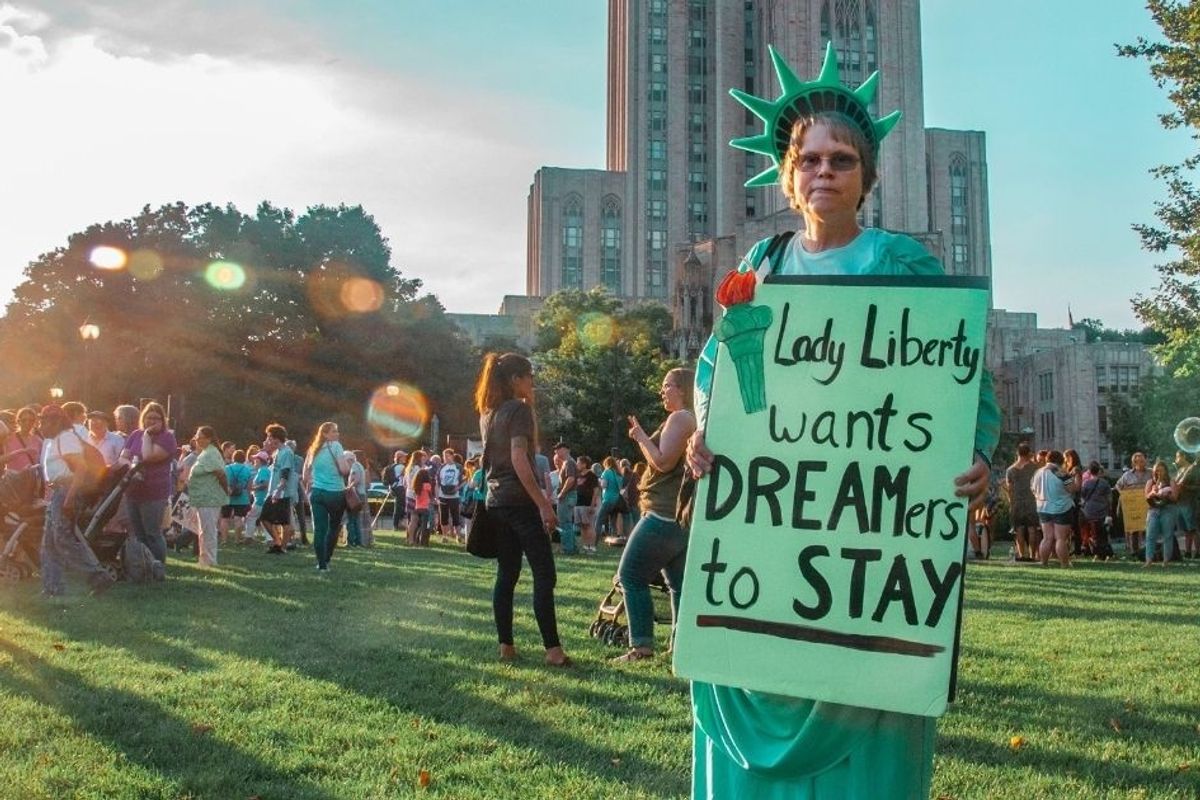 Photo by Maria Oswalt on Unsplash

"It is a moral failing and a national shame when a father and his baby daughter drown seeking our shores. When children are locked away in overcrowded detention centers and the government seeks to keep them there indefinitely. When our government argues in court against giving those children toothbrushes and soap. When President Trump uses family separation as a weapon against desperate mothers, fathers, and children seeking safety and a better life. When he threatens massive raids that would break up families who have been in this country for years and targets people at sensitive locations like hospitals and schools. When children die while in custody due to lack of adequate care.

Trump has waged an unrelenting assault on our values and our history as a nation of immigrants.

It's wrong, and it stops when Joe Biden is elected president."

These are the opening lines of the Biden campaign's immigration platform, and for fans of compassionate—or even just basically decent—immigration policies, they are a soothing balm for the soul.

Of the many things to take issue with over the past four years, the Trump administration's cruel immigration policies surely rank toward the top. There was no excuse for the zero tolerance family separation policy that tore children—babies, even—from their parents arms without even putting into place a plan to reunite them. There was no good reason to slash our refugee ceiling to historically low levels when the world is facing a historically large refugee crisis and when study after study shows that refugee resettlement is actually good for the country economically. There was no reason for Dreamers to fear being sent back to countries many of them don't even remember, when they have lived their lives as Americans and had no say in their parents' actions.

Immigration is not a simple issue, but some aspects of it should be a no brainer. You don't traumatize children on purpose, no matter who they are or where they come from. You help as many people as you reasonably can when the need is great. You don't punish people for choices their parents made when they were kids. You treat human beings like human beings, balancing wisdom and security with kindness and compassion.

Biden says he is committed to a "fair and humane" immigration system. That doesn't mean unsafe or insecure, but rather smart and strategic in addressing threats while also maintaining our identity as a nation that welcomes immigrants with open arms.

Take the "big, beautiful" wall, for example. Super expensive and not very effective. As the Biden website states, "Most contraband comes in through our legal ports of entry. It's estimated that nearly half of the undocumented people living in the U.S. today have overstayed a visa, not crossed a border illegally. Families fleeing the violence in Central America are voluntarily presenting themselves to border patrol officials. And the real threats to our security–drug cartels and human traffickers–can more easily evade enforcement efforts because Trump has misallocated resources into bullying legitimate asylum seekers. Trump fundamentally misunderstands how to keep America safe because he cares more about governing through fear and division than common sense solutions."

One specific change Biden has committed to is raising our refugee ceiling back up to 125,000, which is around the number we had been resettling prior to Trump's election. In the past four years, Trump has dropped that number more than 80%—completely unprecedented—and there were rumors that a second term would drop the number to zero.

Biden's site also explains briefly how the humanitarian crisis we've seen at our border during the Trump administration could be tied to his administration freezing the funds that a bipartisan aid package for Central America secured during the Obama administration was designed to curb:

"Critically, the Obama-Biden administration recognized that irregular migration from the Northern Triangle countries of Central America cannot be effectively addressed if solutions only focus on our southern border. The better answer lies in addressing the root causes that push desperate people to flee their homes in the first place: violence and insecurity, lack of economic opportunity, and corrupt governance. As Vice President, Biden spearheaded the administration's efforts in El Salvador, Guatemala, and Honduras–bringing high-level attention to these issues and securing bipartisan support for a $750 million aid package to help the Northern Triangle countries implement critical, concrete reforms. These efforts were beginning to deliver results and reduce migration rates until Trump froze the majority of the funding, began his campaign to terrorize immigrants and assault the dignity of the Latino community, and created the current humanitarian crisis at our border with his irresponsible and inhumane policies."

The site includes a summary of policies that Biden will "forcefully pursue" which will "safeguard our security, provide a fair and just system that helps to grow and enhance our economy, and secure our cherished values."

- Welcome immigrants in our communities

It's refreshing to not only to see a reasonable, humane approach to immigration, but also to see paragraphs of detail about Biden's approach. The Trump campaign's one-page bullet list of a second-term agenda briefly addressed immigration, and only in terms that were entirely negative and fear-based. The contrast could not be more stark.

It will be wonderful to again see America as welcoming home for people from around the world, who help make our society so richly diverse. With immigration policies based in fairness and decency over fear and distrust, we will renew that aspect of our national identity with pride.