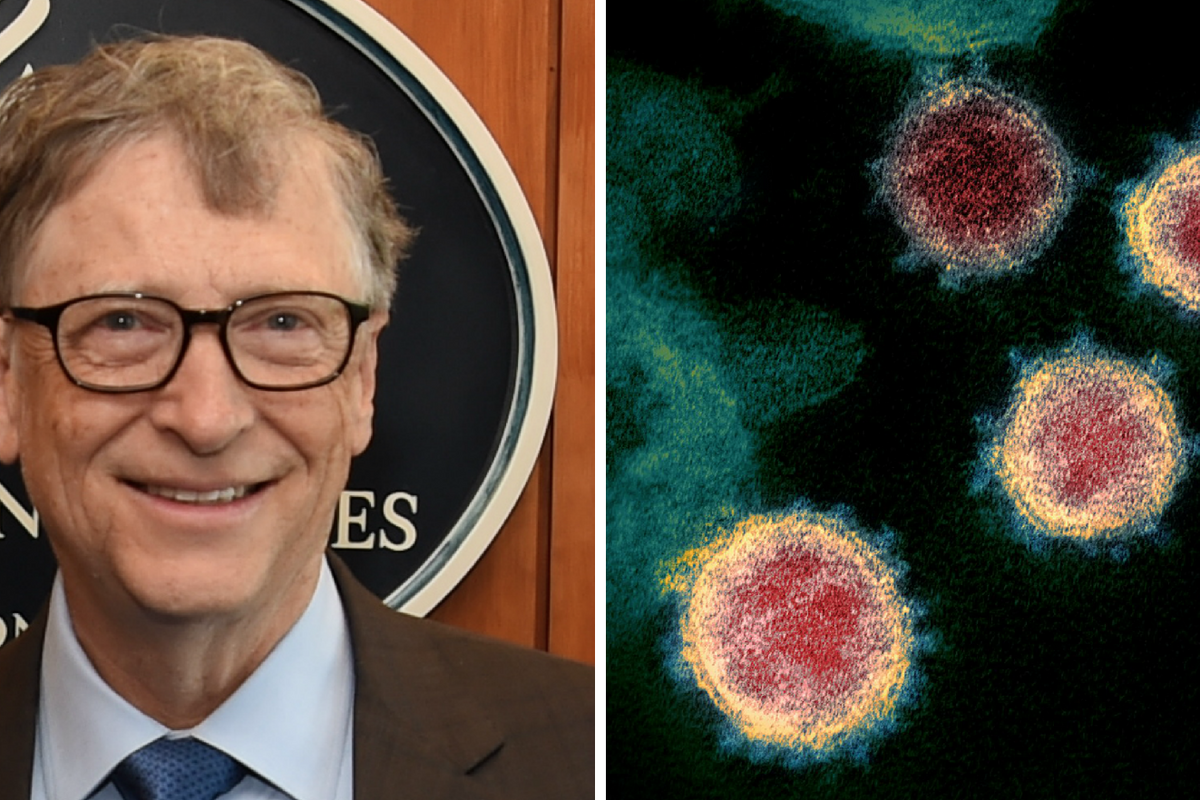 Bill Gates is one of the most important human beings on the planet right now. His place is history is already ensured as the co-founder of Microsoft and increasingly through the humanitarian work his wife and he do through the Bill and Melinda Gates Foundation. And while Gates is not a doctor, immunologist or actively working in the scientific field related to the coronavirus, he has spent a considerable amount of time and money helping to combat the threat of viral outbreaks.

Over the past several decades, Gates has expanded his areas of expertise far beyond computers and technology in general. And one topic that has greatly concerned him has been viral outbreaks. In 2015, Gates gave an essential TED Talk about what the next pandemic was likely to look like and what we should do to prevent and address future outbreaks. Unfortunately, it seems like no one in the current administration, or other leaders from around the world for that matter, was paying close enough attention.

This week, Gates took part in a Reddit "Ask Me Anything" aka AMA session with readers. The topic was: "I'm Bill Gates, co-chair of the Bill & Melinda Gates Foundation. AMA about COVID-19." It was a real public service, as Gates is one of the most trusted independent voices in the world and rarely speaks without a true, informed voice. Reddit readers voted on his questions and answers and these are what they considered the four most important answers during his AMA.

Before we get to the actual questions and answers, Gates himself took to Twitter to share perhaps the most important piece of scientific information out there:

Thanks @reddit for joining me yesterday to discuss the #COVID19 pandemic and what we can do to prevent the next one… https://t.co/HeUWuEOp6V
— Bill Gates (@Bill Gates)1584657009.0

REDDIT: As an educator, what is something I can do for my students, especially for my low-income students who don't have access to technology during this time? I have tried to send reassuring emails (including cat pictures), but I worry about the educational impact, as well as the long-term impact to my students' well being.

GATES: It is a huge problem that schools will likely be shut down for the next few months. I am impressed by the creative approaches that many teachers are coming up with to teach remotely. (If you are a teacher reading this, thank you for the work you're doing.) But I know that not everyone is set up to teach remotely. There are a lot of good online resources out there, including Khan Academy, CommonLit, Illustrative Mathematics, Zearn, and Scholastic. Comcast and other internet connectivity providers are doing special program to help with access. Microsoft and others are working on getting machines out but the supply chain is quite constrained. Unfortunately low-income students will be hurt more by the situation than others so we need to help any way we can.

REDDIT: Bill, I read the Imperial College COVID-19 Response Team report as well as this explanation in a historical context. Essentially, it says that by doing nothing, 4 million Americans die. Through the mitigation strategy - i.e. social distancing and "flattening the curve" - it says that 1.1-2 million Americans will die. However, it also says that the suppression strategy, or "shutting everything down for 18 months" - will lead to only a few thousand people dying. Do you agree with these numbers, and if so, is there any excuse for not immediately issuing a shelter in place order for the entire country?

GATES: Fortunately it appears the parameters used in that model were too negative. The experience in China is the most critical data we have. They did their "shut down" and were able to reduce the number of cases. They are testing widely so they see rebounds immediately and so far there have not been a lot. They avoided widespread infection. The Imperial model does not match this experience. Models are only as good as the assumptions put into them. People are working on models that match what we are seeing more closely and they will become a key tool. A group called Institute for Disease Modeling that I fund is one of the groups working with others on this.

REDDIT: Covid-19 testing standards seem grossly unfair in favor of the rich and famous. Testing is happening for people like professional sports players, even those without any symptoms at all. I'm not talking about health care workers or people in essential jobs- I'm talking about actors, actresses, sports players and so on. On the flip side, the guidance from Kaiser in WA is that you must have a fever of 101.5 and either serious shortness of breath or a bad cough, and even then testing results take 5 days or more. How is it that even with something like covid-19 testing, which the government is supposed to manage, the rich and famous are getting special treatment? Is there a big stash of tests that are reserved for "people that matter"? Isn't it hypocritical for everyone else to be told they need to look out for the common good and avoid demanding too much of the health care system, meanwhile the rich and famous get whatever they want, when they want it?

GATES: We need to democratize and scale the testing system by having a CDC website that people go to and enter their situation. Priority situations should get tested within 24 hours. This is very possible since many countries have done it. Health care workers for example should have priority. Elderly people should have priority. We will be able to catch up on the testing demand within a few weeks of getting the system in place. Without the system we don't know what is missing - swabs, reagents etc..

REDDIT: Hi Mr. Gates, In your opinion, after this pandemic comes to a close, however long that may be, what should be the first step we as a global community take so that we are better prepared for the next pandemic?

GATES: The TED talk I did in 2015 talked about this. We need to have the ability to scale up diagnostics, drugs and vaccines very rapidly. The technologies exist to do this well if the right investments are made. Countries can work together on this. We did create CEPI = Coalition for Epidemic Preparedness Innovation which did some work on vaccines but that needs to be funded at higher level to have the standby manufacturing capacity for the world.

From Your Site Articles
bill gates