Bill Nye wasn't always The Science Guy. His story makes me like him even more.

"Don't believe everything grown-ups tell you." 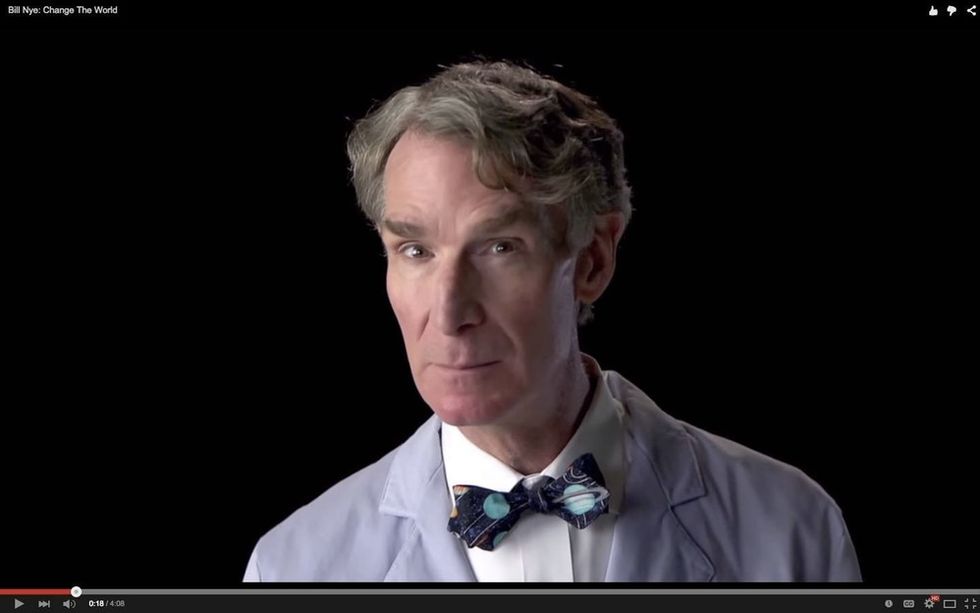 Few of us know Bill Nye as anything other than The Science Guy. But there was a time when he was *GASP* just regular ol' Bill. So what's his story?

Bill Nye has loved science for as long as he can remember. As a kid, he was always curious. He "thought bicycles were just the coolest thing. Bicycles and airplanes, come on." So he decided he wanted to become a mechanical engineer.

There ya have it: a love of science + a love of comedy = Bill Nye the Science Guy. But hey, here's another thing you may not have known. Not only was the TV show entertaining and informative, but it also had a fantastic objective.

Want to hear Bill Nye tell his story? Check out the video below: