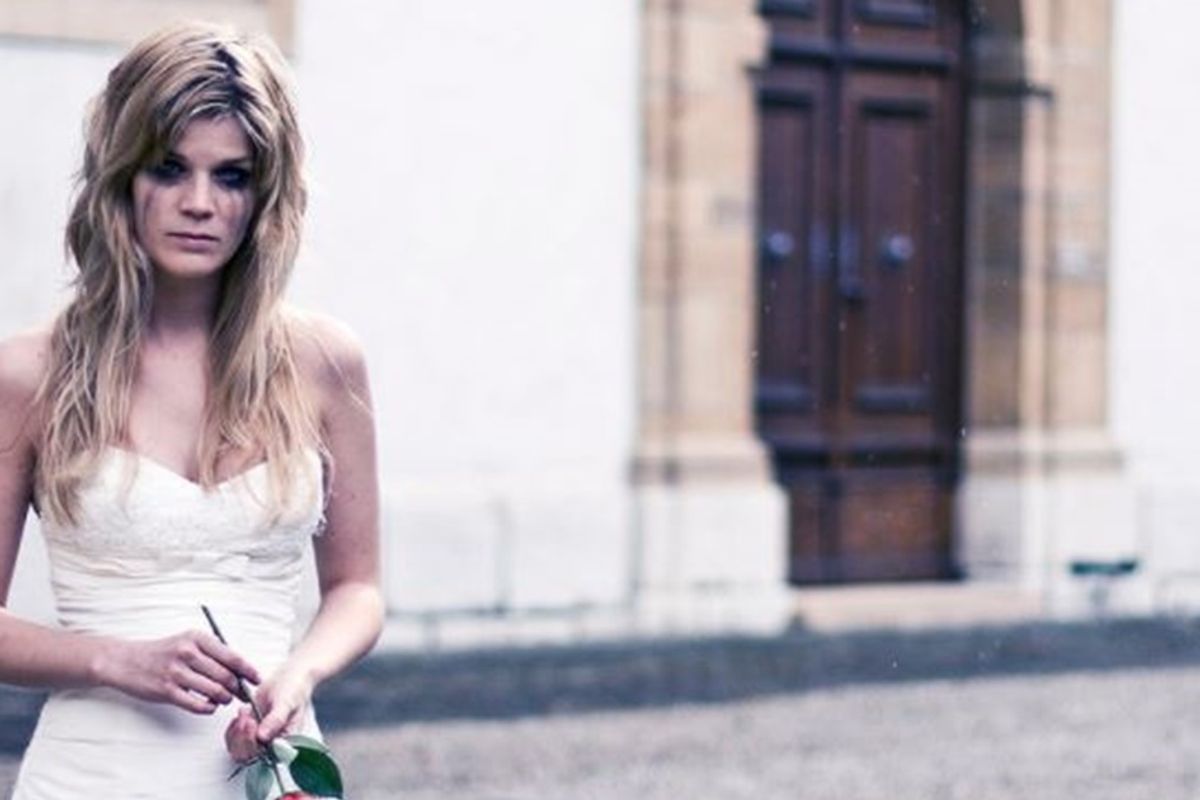 Casey couldn't wait to marry her fiancé, Alex. The moment she met him she know he was The One and they had spent six years together. But on the night before the wedding, she learned the horrible truth about him and was forced to make the toughest decision of her life.

On the eve of her wedding, she was hanging out with her friends in a glitzy hotel room when her phone rang.

"Phone is running hot tonight," commented one of her bridesmaids.

She was expecting another well-wisher sending their love on the last night of her life as a single woman, but this wasn't the case.

"The message was a series of screenshots from a number I didn't recognize. The accompanying message simply said, 'I wouldn't marry him. Will you?' Casey told Body and Soul.

The anonymous text contained countless screenshots of conversations between Alex and a mystery woman accompanied by photos they had taken together. Casey immediately noticed the woman looked different from her.

Casey is fair-skinned with blonde hair, this woman had dark hair and olive skin.

Some of the texts were a few days old and others were from months before.

"Your body is fucking incredible. And shit do you know how to use it. I wish my GF had half the skills you do."

"I miss you so much. I can't stop thinking about L, S, F'ing you. I've never had this kind of connection before."

Casey had no doubt the messages were legitimate and was immediately plunged into an unbelievable situation. "Every word like a dagger in my heart and my wedding was only hours away," she said. "How could I cancel when everyone had already travelled to be there and everything was paid for?"

The bride-to-be was consumed by tears and her bridesmaids threatened to violently confront her cheating finance.

She went back to her hotel room that night and laid next to her fiancé, contemplating her next move. "I didn't sleep a wink and when dawn finally broke I awoke the girls and told them my decision — I was going to go ahead with the wedding as expected, and out him in front of our friends and family," she said.

As the couple walked down the aisle on what should have been one of the happiest days of her life, the anguish was written all over her face. Alex knew that something was wrong, but had no idea what was coming.

"I arrived at the front of the room, took a big breath and I faced our friends, our parents and I told them the truth about Alex," she said.

"There will be no wedding today," she announced to the crowd of friends and family. "It seems Alex is not who I thought he was."

A shock rippled through the crowd. Alex tried to grab Casey's hands but she held up her phone instead. "I read every single message she sent me. With each word, more color left Alex's face," Casey said.

The groom stormed out of the church with his best man in tow.

Casey then addressed the audience. "I love all of you and as horrible as this is I'm glad you all are here. There will not be a wedding reception today, but instead, there will be a celebration of honesty, finding true love and following your heart even when it hurts," she said.

Learning that your fiancé is a cheat the night before the wedding and having to deal with the emotional impact of the texts and photos must have devastated Casey to the core. It was too late to call off the wedding, so she did what was best, she forced her cheating fiancé to face the music by using his own words.

Then, instead of turning the even into a funeral, she decided to throw a party celebrating what really matters in life.

"It was certainly not the wedding day I had planned but to our credit, it was one hell of a party," she said.

From Your Site Articles
Related Articles Around the Web
relationships