After torturing parents for more than two decades, Caillou has finally been canceled 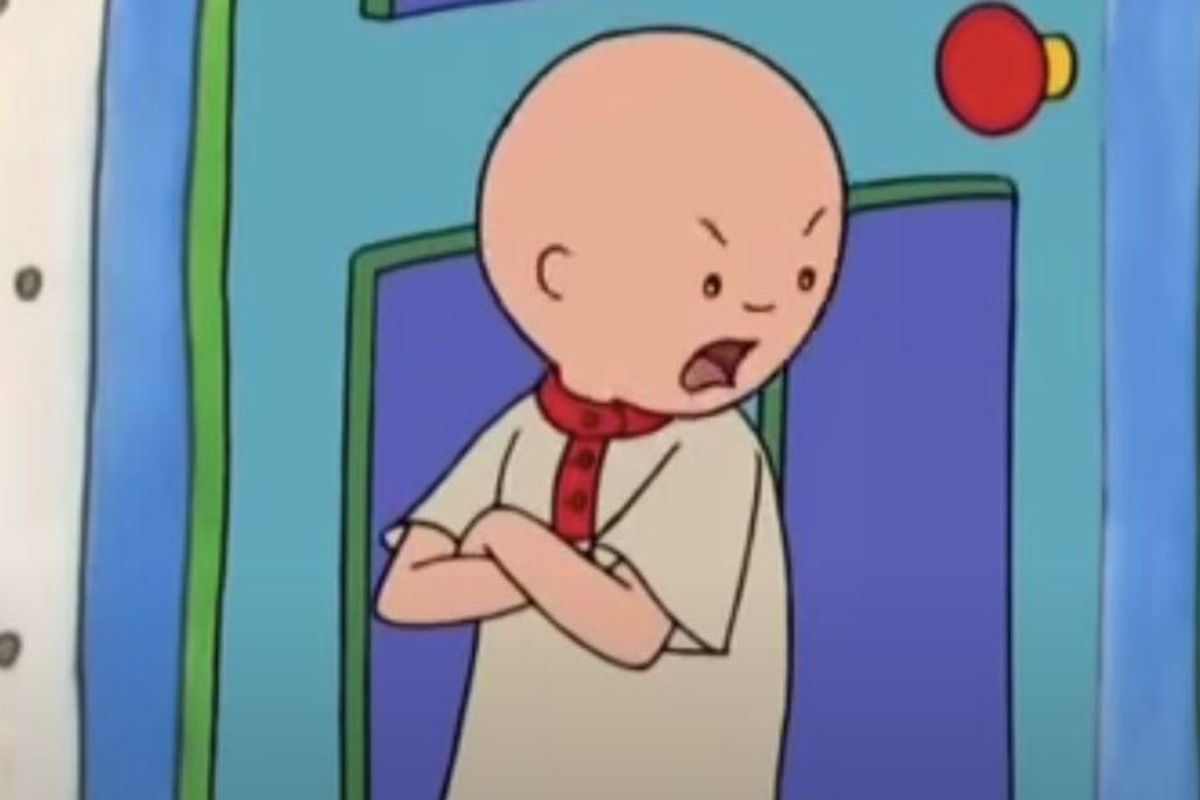 After more than two decades of torturing parents and offering a horrible example for preschool-aged children, the era of Caillou has finally ended. The Canadian kids' show started in 1997, kept churning out new episodes until 2018, and now the will be taken off the air, finally.

As a huge fan and ardent defender of PBS—especially the network's generally excellent children's programming—it pains me to launch such a passionate criticism. But seriously, how on Al Gore's green Earth did this show last for this long?

My children were born during Caillou's early years. Having been raised myself on a steady diet of Sesame Street and Mister Rogers' Neighborhood, I felt confident that PBS Kids' shows would be healthy, educational entertainment for my own children as they entered the preschool phase, and for the most part, PBS delivered. In addition to the awesomeness of Sesame Street, my kids got to explore the alphabet through Martha Speaks, dive into scientific questions with Sid the Science Kid, and build reading skills and curiosity with Super Why. My kids loved learning while being entertained, and I loved that they were learning while being entertained.

Then there was Caillou. I'm not sure if I have the words for my depth of loathing for that character, and I'm someone who loves all (real) children. I'm not the only one who feels this way. For years, Caillou has been a running joke in the parenting world, regularly taking first place in the "Most Annoying Kids' Show" category. Social media erupted in virtual celebration at the news of its demise.

Check out these moms sharing their undying hatred for Caillou:

The agony is real. The first time I watched an episode of Caillou, I was gobsmacked by how whiny, bratty, and tantrummy he was. He's four, which is a challenging age for sure. But in my opinion, all Caillou did for parents of young kids was make those years even more challenging.

First of all, the whining was absolutely incessant. And his voice made it worse. Like, I don't know how any parent could sit through an entire episode of Caillou "Waaaaahhh"ing without wanting to poke their ears out with a crochet hook.

Secondly, his behavior was atrocious half the time. The episode where he pinched his baby sister in her crib until she cried? That's not an idea I'd wanted to plant in my preschooler's head. The way he talked to other kids? Ugh. Just no.

And therein lies the major problem with Caillou. Preschool-aged kids imitate what they see. That's the developmental stage they are in. As a parent, I watched every kids' show through the lens of "Is this how I want my child to behave?" and when it came to Caillou, the answer to that question was "LORDY NO" nine times out of ten.

But honestly, the adults in the show were almost as bad. It would be one thing if the storylines showed parents helping kids how to work through their feelings or problem solve, but Caillou's mom was bafflingly hands-off. It seemed like there was never any real resolution to the issues, and preschool-aged kids don't have the capability of processing a character's emotional story arc to take a moral from the end anyway. Older kids, yes. But the age of kids who actually enjoy Caillou? Nope.

Check out these few clips and see if this is what you'd want your young child imitating:

Caillou Being a Brat Comp. www.youtube.com

I literally didn't allow my kids to watch Caillou because he was such whiny little douche nozzle, his parents were mostly useless, and I didn't feel like making parenting any harder than it needed to be.

(For the record, my 20-year-old has thanked me for banning Caillou from our house. She agrees that he would have served as a terrible example to follow and can't stand to hear his voice either.)

From Your Site Articles
Related Articles Around the Web
pop culture