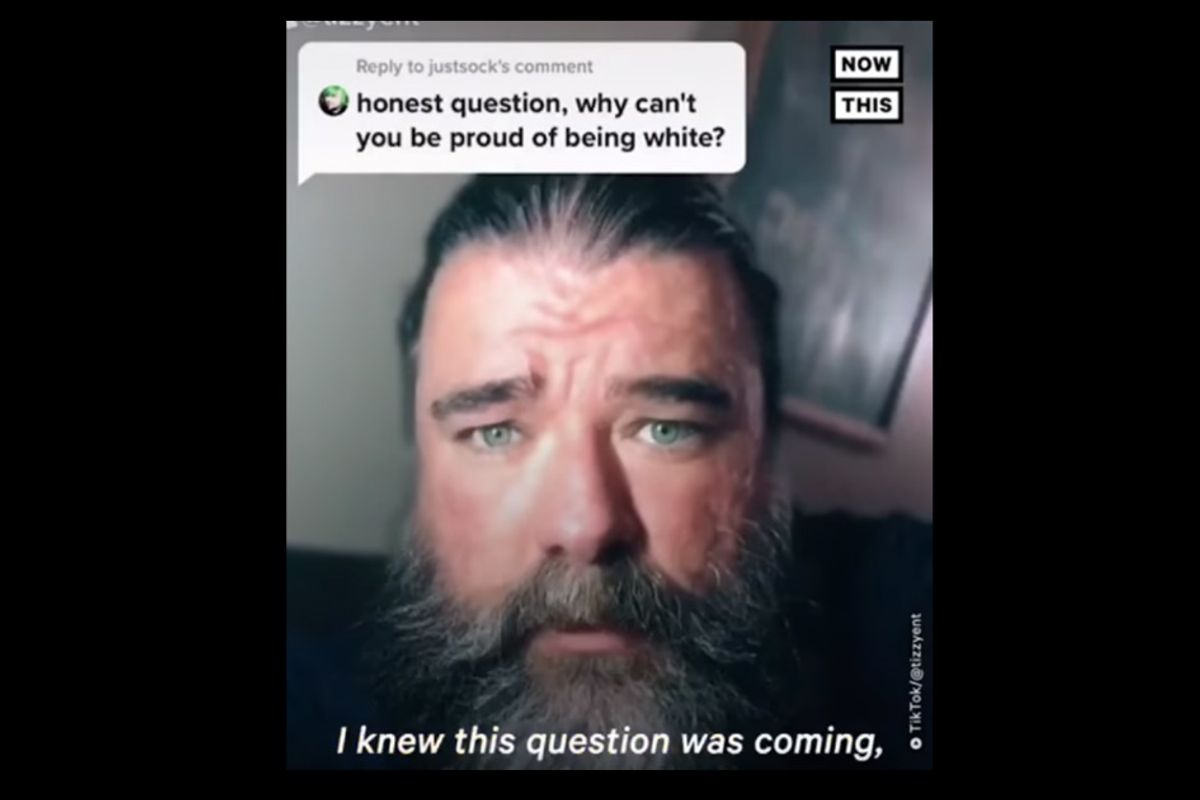 "I knew this question was coming and I waited until someone asked nicely to respond," McWhorter says at the beginning of his video. "So, no, there's no such thing as 'White Pride.' In part, because there is no white culture."

Now, "hold on," you might be thinking. Is this another try-hard white guy attacking fellow white people to appear woke? No, what McWhorter says next is one of the most insightful, and inclusive, explanations for anyone who is white, or really anyone who isn't Black, and might be wondering how they can identify with their own cultural heritage in a constructive and meaningful way. Also, as a Southern, white man, McWhortner might be just the perfect messenger for those who have been unable or unwilling to answer the question on their own.

"You can have pride based on your ethnicity, like Scottish, German, Irish," he says. "You can even have regional pride, like Southern Pride. These things usually apply to your cultural identity, like how you grew up, etc."

OK, hard to argue with that. And a handy explanation for how to positively celebrate your culture as a white person. But what about those who still want to generally "take back" the idea of White Pride or who attack the concept/origins of Black Pride?

"Some people argue, 'well, others have pride.' And no, they don't," he continues. Chicano, Latino pride, Asian pride, those are not colors. The one exception is Black pride. And that's because they've had a unique experience no one else has. Black Americans were robbed of their culture. They don't know where they come from."

McWhorter goes on to explain the basics of the African-American diaspora and how it is different than other cultural heritages or even legacies of racism that other ethic or religious groups have experienced.

And if someone still needs an explanation of why the term itself is unnecessary, problematic and makes almost everyone more than a little uncomfortable, McWhorter reminds us simply that, "White Pride was coined by white supremacists."

So, there you have it. It's perfectly OK to celebrate your heritage without being a racist. And Black pride is an inclusive, uplifting term used to help people whose ancestor had their freedom and their heritage itself stolen from them. It's not that complicated!