Chelsea Handler opened up about her abortions in a candid new essay.

'Once you go forward in history, you don’t go backward.' 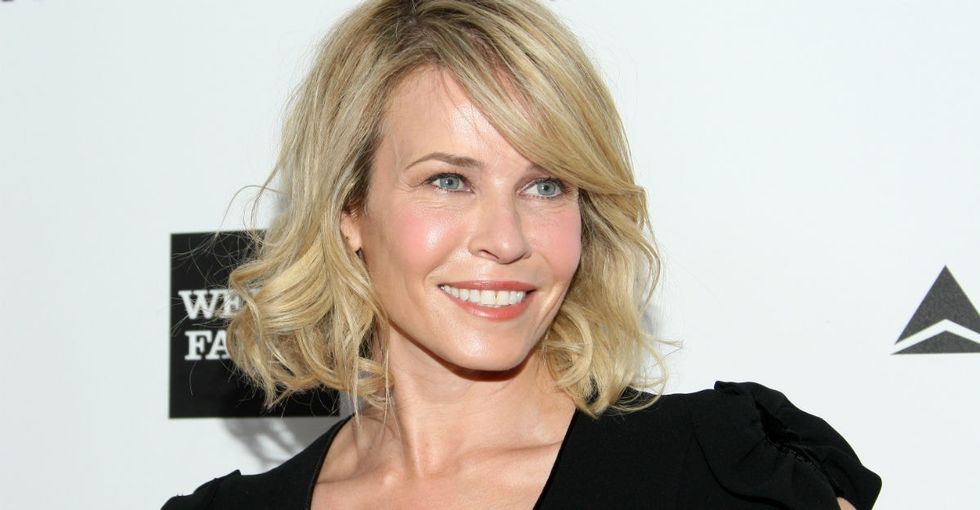 If anyone knows how to tell it like it is, it's comedian Chelsea Handler.

She's brutally honest. She detests political correctness. And she has a no-b.s. policy for anyone who wants to dictate what she should or shouldn't do with her own body: "I dare them."

In a new essay published on June 24, Handler opened up about the abortions she's had and why Planned Parenthood matters.

In the piece, published by Playboy (that link is safe to open at work, I swear), Handler notes she was an "irresponsible" 16-year-old when she had unprotected sex and became pregnant twice with the same guy.

But "we all make mistakes," she explained. And she doesn't regret accessing care at Planned Parenthood to make the best decision for herself and her future at the time.

"I’m grateful that I came to my senses and was able to get an abortion legally without risking my health or bankrupting myself or my family," she wrote. "I’m 41 now. I don’t ever look back and think, God, I wish I’d had that baby."

"We have 7.3 billion people on this planet," she wrote. "Anybody who carefully decides not to become a parent — let alone a bad parent, which is what I would have become — should be applauded for making a smart and sustainable decision.

Arguably the biggest abortion case taken up by the Supreme Court since 1992, the justices ruled in a 5-3 decision that forcing abortion clinics to have surgical facilities and doctors who have admitting privileges to nearby hospitals posed an "undue burden" on a person's ability to obtain an abortion.

The ruling undid a Texas law that would have effectively closed about half the state's abortion clinics.

“Abortions taking place in an abortion facility are safe — indeed, safer than numerous procedures that take place outside hospitals and to which Texas does not apply its surgical-center requirements,” Justice Breyer wrote for the majority.

“We conclude that neither of these provisions offers medical benefits sufficient to justify the burdens upon access that each imposes."

The court's ruling affirms (and expands) the constitutional right for a person to choose when they have a child. That's huge.

It's also something Handler is probably pretty damn pleased about.

"Like millions of women, I can live my life without an unplanned child born out of an unhealthy relationship because of Roe v. Wade," Handler wrote.

"Once you go forward in history, you don’t go backward.