The inspiring way this Grammy and Oscar winner is working to transform education. 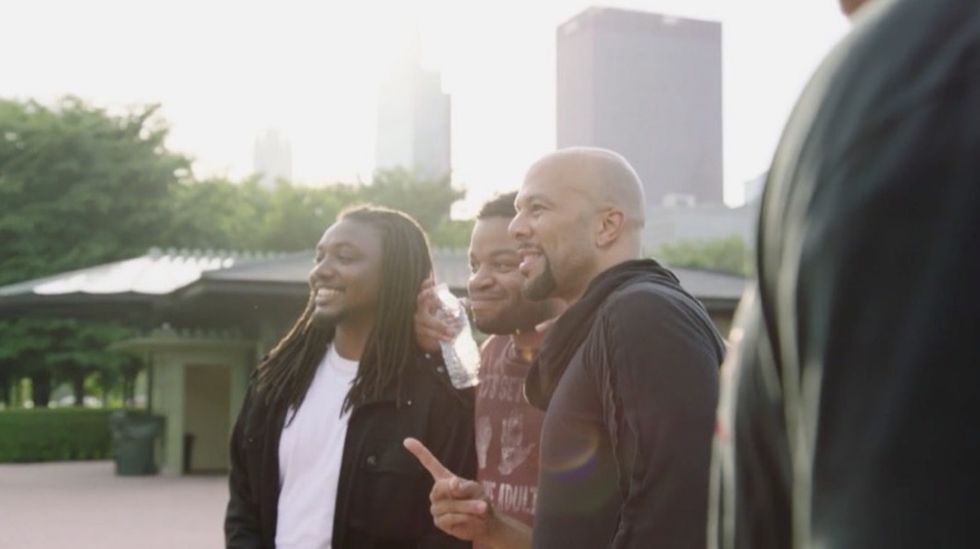 Common knows a thing or two about wrestling with tough subjects.

In his 25-plus years as a Grammy- and Oscar-winning rapper, actor, advocate, and activist, the Chicago native has gone up against racial injustice, social inequality, and poverty with his powerful words and performances.

But recently, he has taken an active role in another tough battle: education reform.

All photos courtesy of XQ.

In 2006, he started the Common Ground Foundation, a nonprofit that, as he puts it, isn't trying to "preach" to kids, but rather inspire them to lift themselves up.

"I always believed that if we started with the youth then we would be planting the seeds for our future to blossom," says Common in his organization's mission statement. "Give the children a sense of hope, self-esteem, and love that will better the world."

Common's idea for improving education revolves around one simple concept: Education has to evolve.

"I think education has to evolve when society evolves," Common says. "It's like a constant evolution of what the youth may need and what they're attentive to ... and finding out those things and letting that curriculum be something that's progressive."

"I still think about the periodic charts in science that I can still recite," Common says, remembering a science teacher from his youth who made his students rattle off the elements of the periodic table in a rhythmic pattern. He used an engaging and youthful form of communication to teach a lesson that stuck. "His method was fun," he explains.

Thanks to one very special teacher, this rapper can still recite the elements of the periodic table.

Posted by Welcometoterranova on Thursday, December 14, 2017

Around the country, more and more schools are helping their students by engaging directly with their interests.

There's Youth On Record, an organization that helps kids catch up on missed high school credits by teaching them music production, and classrooms like Makerspace in Phoenix, where kids can build whatever they want.

If the American education system is to be improved, finding out what kids actually enjoy — and using that to teach — could be a crucial way to do it.

"We have to relate to one another," Common says. "Teachers have to know how to relate. If we can relate as educators, and teachers and school systems to the youth, they will receive it and retain it. And go out and apply it at a higher level."

Whether it's music, fashion, or building robots, there are lessons to be learned everywhere. Common believes that harnessing the power of those natural interests is the key to our future."But I'm just offering my two cents," he says.