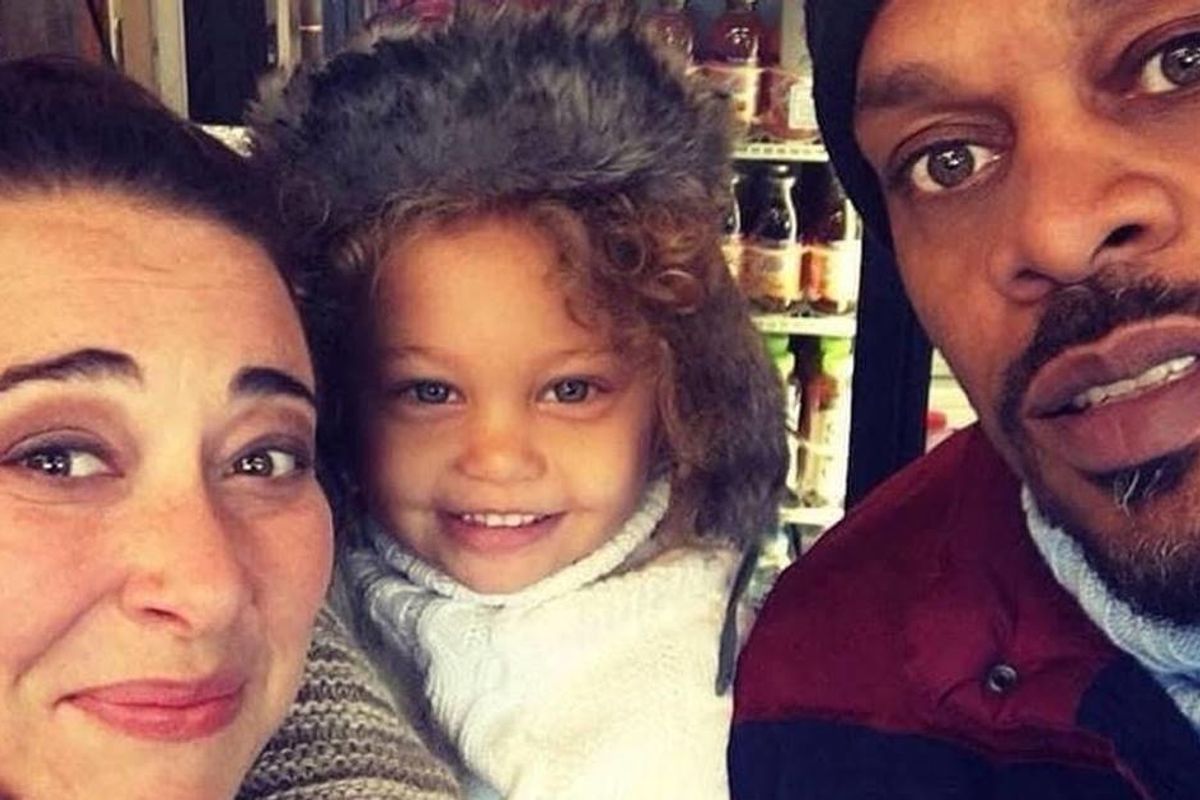 As the old saying goes, there's no way to know what another person experiences in life unless you've walked a mile in their shoes. But it's nearly impossible to understand how a person of another race experiences life because it's impossible to change one's skin color or cultural background.

People in interracial relationships have a special window into what it's like to be a different race because they see the differences in how their partner is perceived and treated by others.

Pamela Chandler, a white woman, and her husband Walter, a Black man, from Dayton, Ohio, made a list of 13 things that being in an interracial relationship and having a biracial child has taught them and posted it on Facebook.

The post received tremendous feedback from people in interracial relationships and those who had no idea what the experience is like. Welcometoterranova got a chance to talk to Pamela about the post, the interview follows her and Walter's list.

So as a white woman married to a black man and raising a biracial child I've had to unlearn a lot of things. I've also...
Posted by The Chandler Crew on Tuesday, June 30, 2020

I have to drive basically anytime we are leaving the Dayton area. We don't talk about it each time, we just both know that if we are leaving our general 'safe' area and heading to smaller town Ohio roads I'm the one driving.

2.) She does the paperwork

I have to handle store clerks, returns, getting documents signed, anything with any federal building or administrative work, I get further with any type of 'paperwork' thing that needs handled, people listen to me and are much more agreeable than with him.

The chances that we find a Black or Interracial couple on a greeting card are SLIM. Unless you want to give the same Black couple card every year, which we have. There are hundreds of white couples to choose from though!

4.) Walter has to go out of his way to present a friendly face

My husband goes out of his way to be nice and talk to EVERYONE. Not because he's a people person, but because he has learned that a 6'5 Black man intimidates people and so he overcompensates by being overly friendly so people won't be afraid of him.

5.) Be ready to show your receipt

If Walter is pushing the cart I always have to have my receipt ready when leaving the store.

None of our neighbors thought we owned our home, multiple neighbors stopped my father and asked him if he was the new landlord for us. Because of course, the old white man must have purchased the home. Not only do we own our home, it's fully paid off, we have no mortgage and we paid for it BY OURSELVES.

7.) Jesus doesn't see color, but some of his followers do

It took us YEARS to find a church without racist undertones and low key racist members, YEARS!

When doll shopping our daughter gets 25 white options and 1-2 black or mixed race doll options.

We avoid all places with Confederate flags.

11.) Lots of old people are racist

If we go to Bob Evans (or any restaurant that caters to 'seniors') too early we are met with a lot of stares, the old racists eat between 4-5 pm.

When Walter goes to a playground with our daughter he constantly stays by her side, if not he gets stares and people wonder what the 'big black man' is doing on the park bench.

Walter is concerned our Black Lives Matter sign by the door will make us a target when he is not home so he asked me to remove it.

After Pamela first made the post, she received responses from people all over the world.

"Our experience is so familiar to many people and that really hits you in the gut if you think about how common these things are for people of color," she told Welcometoterranova.

Pamela believes that change begins when people "share their experiences with one another so people know it's happening everywhere."

"I'm glad the post resonated with people because, at the end of the day, it shows we are all humans just trying to make our way in this world and we all deserve to do that freely and without barriers," she added.

The first time Pamela experienced racism is when she was driving with Walter down a road in rural Ohio and was pulled over by the police. "Two police officers approached the car, one from each side and a third stayed at the back of the car," she said. "They all had their hands over their gun holsters as they approached."

This was all because her license plate light was out.

"Walter was in the passenger seat and they asked him for his license, not me the driver, and they then proceeded to ask him if he had any warrants," she said. "I've never been asked that in my life so I was shocked. We answered all their questions, they ran his license and he was cleared and they let us go after making sure, again that I was ok."

Experiencing racism as a couple can also cause problems between partners.

"I'm usually the loudmouth, and he is usually the one telling me to drop it and let it go. I'm coming from a place of privilege when I feel like I can discuss with a white person and get them to see why what they are doing is wrong," she said.

"Walter is oftentimes coming from a completely different perspective where it can be dangerous to speak up or pointless to speak up, so typically our disagreements come when he wants me to be quiet and I want to scream at the unjustness in the world," she added.

The incredible response the family has received led them to create a Facebook page called The Chandler Crew where people can "connect with like-minded people all over the globe" as well as a blog.

"At the end of the day we are all just learning and unlearning and learning again how to love each other better," Pamela said.