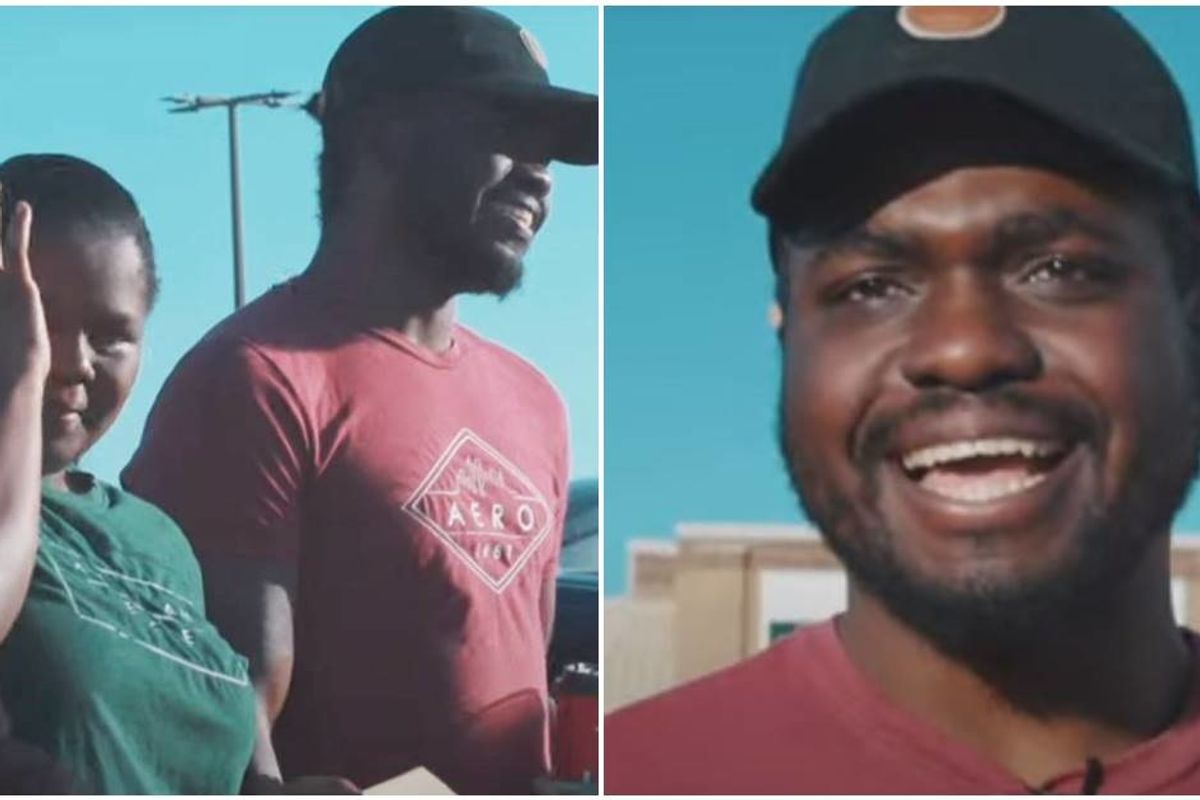 Maurice Ellis, his wife Caroline Leslie-Ellis, and their daughter, Amara, immigrated to Ontario, Canada from Jamaica to create a better life for their family.

Maurice works two jobs to support his family and put his wife through college. Caroline has earned top marks in the hospitality and tourism management program at Fanshawe College, but the expenses are tough for the family to manage.

Even though Maurice has his hands full with work and family, he joined Dad Club London to develop a closer bond with other fathers in his community. Dad Club is a "go-to resource for fathers and pending fathers, where they can network with other like-minded dads, give and receive help, and become more involved in their community."

In addition to providing a place for fathers to come together for support, the non-profit has also raised over $90,000 for local causes.

"Like many other local fathers, he found us on our Facebook group, came out to an event, and fell in love with what we do," club member Ryan Blake told Good News Network. Blake is also proud of the group's diversity. "[Maurice] isn't the first Black dad in the club. We have members from all races and backgrounds, including gay dads."

On June 2, the Dad Club London's Facebook page posted a link to a local London, Ontario Black Lives Matter group that was looking for donations to provide supplies such as "masks, hand sanitizer, water, and signs to attendees."

The group also wanted to raise funds for "future events and so that we can establish ourselves as an official BLM Chapter that continues to enhance and support the local black community."

The Dad Club's support for the Black Lives Member movement meant a lot to Maurice who had been the target of racial slurs while working his second job.

"It's not just me that it happens to," Maurice told The London Free Press. "If you're not mentally strong it can take a toll."

Dad Club London founder and president, Jeremy McCall wouldn't accept that type of racism happening in his town, so he organized a secret fundraiser for local community groups to show their support for the immigrant family.

The group raised over $7,000 from 76 families, the local police union, and numerous businesses.

The group called a socially-distanced meeting for group members in a local parking lot in support of the family, but the Ellis family had no idea it was for them.

At the meeting, the group gave Amara the biggest LEGO set they could find, Maurice was given a prepaid Mastercard to help the family with living expenses and to have some money to spend on himself because "you always put your family first."

Finally, Caroline was given a check to help with her college tuition.

"What happened to you doesn't represent this community," McCall said, referencing the racist incidents, in a heartfelt speech to the family.

"We don't stand for that," he added. "When you said, 'I guess that's the way the world is,' it broke our hearts because it can't be that way, and we won't let it . . . We, together, stand as a community against racism."