Diversity matters — and the European teams at the World Cup are showing why. 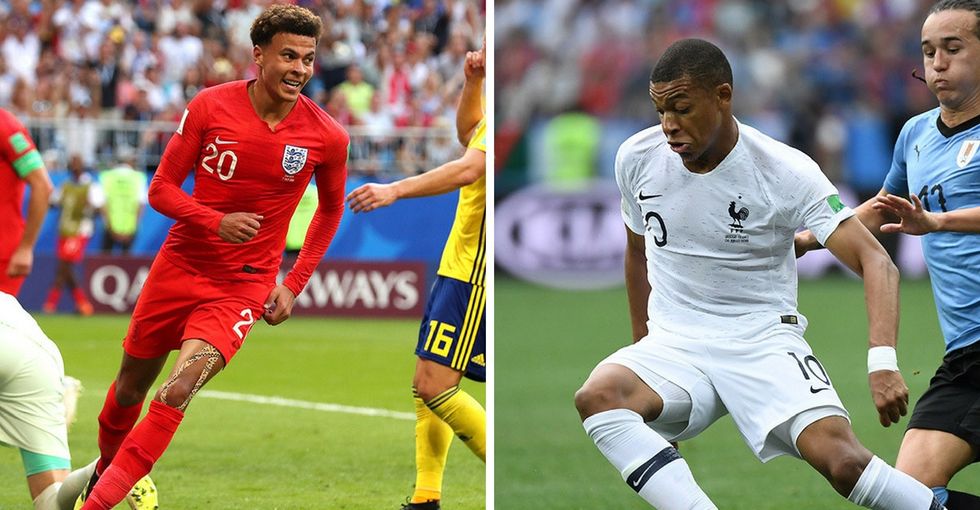 The 2018 World Cup has been wildly incredible.

From nail-biting penalties, unexpected underdog wins, and some truly unique fan costumes, the series has become a summer pastime for many citizens around the world.

As the competition winds down, several European countries are fighting for the coveted World Cup. In addition to some truly superhuman skills on display, national teams from finalist countries like France and Britain have showcased and amplified another invaluable characteristics too.

The semi-finals in 2018 include some of the most diverse European teams ever.

With players like Kylian Mbappé and Paul Pogba on the French national team and Dele Alli and Kyle Walker on the English national team, European teams in the World Cup are showing just how valuable diversity is.

As billions cheers for their respective teams around the country, watching teams that represent countries that have a fraught colonialist history being led by men of color is extremely important. Men of color, whether they are immigrants or born in their countries of citizenship, often face incomparable challenges in Europe and around the globe. From discrimination in hiring, racism on the field, and struggling to prove their commitment to their countries, men of color often face additional pressure in sports that are broadcast to predominately European viewers.

However, society is changing. As people continue to stand up against racism toward immigrants and players of color, the World Cup is just one more example of the value diversity adds.

A diverse team is a winning team.

As we celebrate diversity on the soccer field, it’s important to also keep in mind that we shouldn’t only show respect and praise to people with amazing athletic skill. We should value and respect the contribution of everyday citizens too.

While it’s awesome and incredibly fun to support our athletes, celebrities, and heroes, people should also be respectful of immigrants and migrants they encounter in everyday activities as well. They are just as valuable and worthy of civil rights as anyone else. The World Cup shows us that making diversity a priority is both beneficial for excellence and for representation.

Regardless of the outcome of the games, the World Cup has highlighted the importance of diversity in events that emphasize national pride. People of color are all over the world. They’re worthy of respect, and nations can become even better when they support them wholeheartedly.