Do you have 'bad blood' or 'good blood?' This Taylor Swift parody video wants you to find out. 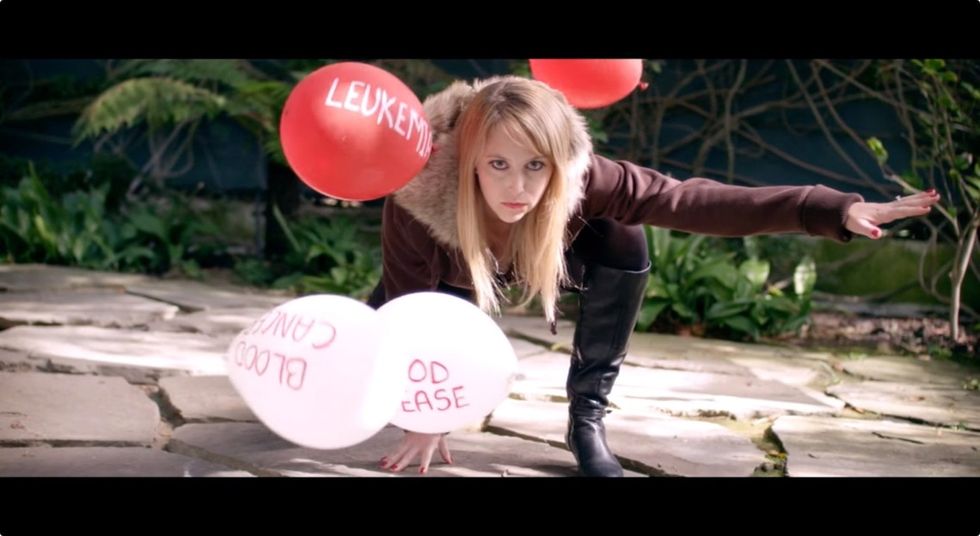 When Taylor Swift released her music video for her song "Bad Blood," Kevin and his wife saw an opportunity for a parody video, and, well, they took it.

What Kevin needed was good blood.

The kind of good blood that comes from a bone marrow match. Which is what the couple's music video is all about.

Kevin was one of the lucky 30% of people to find a bone marrow donor within his family.

His sister was a bone marrow match. But 70% of people needing a bone marrow transplant must turn to organizations like the National Marrow Donor Program to find a match.

It's been six months since Kevin's bone marrow transplant, and he's doing well (so well, in fact, that he planned to run in the Be the Match run/walk Sept. 19, 2015, in New York City).

The McDevitts' goal is to spread awareness about the bone marrow registry.

Swift's song and video for "Bad Blood," which has the refrain "Baby, now we got bad blood," got the couple thinking about the life-saving "good blood" Kevin received.

They enlisted the help of other aplastic anemia patients who've received marrow transplants to appear alongside them in the video, and they hope that the video's blend of comedy, music, and laughter will help spread awareness about the bone marrow registry.

Because, baby, no one wants bad blood.

Watch the parody video below: