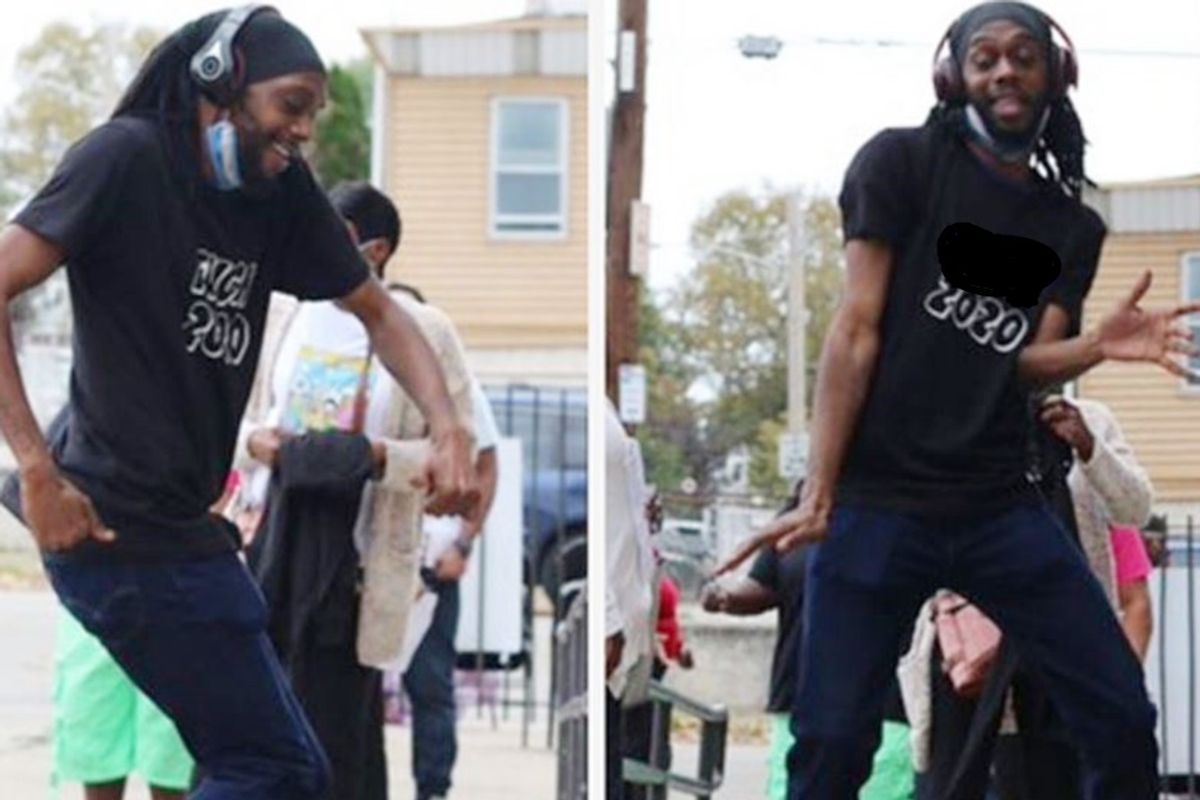 Videos circulating online showed groups of dancers doing the "Cha Cha Slide" by DJ Casper while waiting to cast their ballots. While it looked like an impromptu display by bored voters making the best of the long line, it was actually the work of Nelini Stamp, 32, the director of the strategy for the Working Families Party and the campaign director for Election Defenders.

The nonpartisan coalition's goal is to help voters stay "staying safe and healthy outside of polling places across the country and bringing them some joy."

"Because voter suppression has been rampant for years, because there has been so much in the media and so much out there about white supremacists and militia intimidation tactics, we figured that this was a year to make sure that people felt motivated to go vote and not feel unsafe," Stamp told BuzzFeed News.

"Especially in the middle of a global pandemic," she added.

The coalition's work also includes training thousands of people in de-escalation tactics to combat voter intimidation at the polls. Stamp believes that the joyous, calming effect music has on people helps with de-escalating a potentially stressful situation because it "centers the mood in something else."

The viral cha-cha dance was courtesy of Joy to the Polls, a concert put on by the coalition to entertain voters waiting in line. The Resistance Revival Chorus, a group of women and nonbinary activists dressed in white, joined in the festivities by dancing alongside the voters in an adjacent parking lot.

The joyous moment showed that with an inspired community organization, even standing in a two-hour-long polling line can be fun. But it also calls attention to a larger problem in American democracy: long polling lines.

"That person should not have to have to wait in line for an hour," Stamp said.

"However, we wanted to do something good for those people [standing in line]," she said. "And it felt really good that that person and those folks who saw — whether it was the Cha Cha Slide or the Wobble or people doing the Electric Slide, it at least brought them some joy and some relief in a process that wasn't meant for us, especially Black and brown people."

There will be fewer polling places in Philadelphia this year, compared to most. There are normally 830 open on election day, but this year there will only be 718. Some of this is due to the COVID-19 pandemic and the understanding that more people will be voting by mail.

This mirrors the reduction in polling places throughout the country. Over 21,000 polling places have been eliminated across the country this year. That's a 20% drop compared to 2016. Vice attributes these closure to "a heavy shift to mail voting, coronavirus-related consolidations, cost-cutting measures, and voter suppression."

Related Articles Around the Web
best of humanity