Studies show that there's science behind why certain things satisfy you. 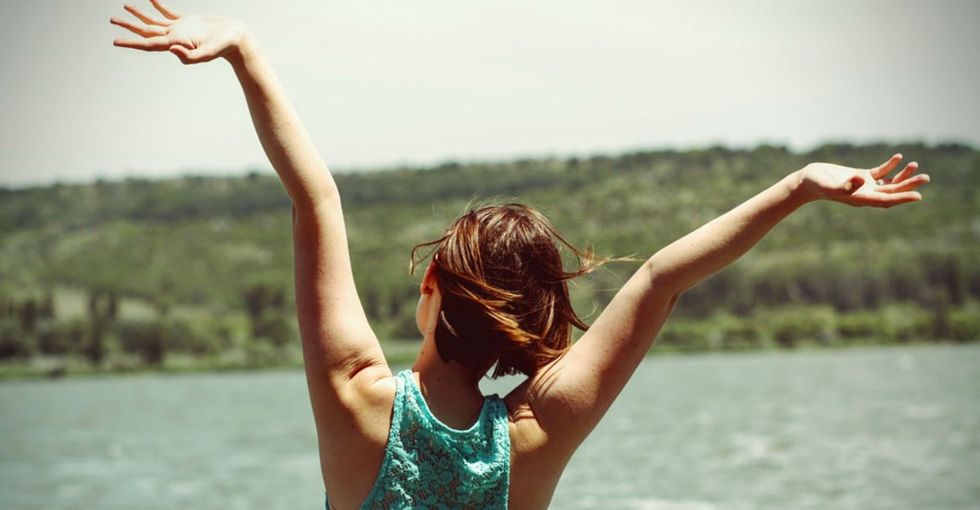 How excited would you be if you discovered that your guilty pleasures don't always need to make you feel guilty?

GIF from "The Voice."

Like what if the blissful satisfaction you get from that slice of warm apple pie isn’t necessarily evidence of an intervention-level addiction to sugar and carbs (despite what that magazine cover told you) but could also just be a sign that you’re craving connection and feeling nostalgic?

Or that embarrassingly joyful feeling you have when small, random objects fit perfectly into another may not be a sign that you have obsessive compulsive disorder but just that you, like most people, really appreciate small moments of order in a chaotic world?

In other words, what if we could trace our feelings of happiness and satisfaction back to our brains and our humanity — and just a little farther away from the guilt-riddled land of right and wrong?

Well, according to science, maybe we can.

Over the past decade, a lot of research has been done into the science — both neurobiological and psychological — around why certain things make us feel so darn good. The science of happiness and satisfaction is a broad, relatively new area of study, and even though, like most big scientific questions, it will take a long time to have definitive answers, a few themes seem to be emerging from the research.

If true, they would be pretty powerful antidotes to the shame-based culture that makes us feel guilty about everything from a blissful bite of chocolate to our pursuit of wealth.

So without further ado, here are three ideas about satisfaction and happiness that could make you feel a bit more ... happy and satisfied.

1. It's possible that our brain wiring has a lot to do with how happy we feel.

Researchers at Kyoto University used MRI scans to see if they could find where happiness actually happens in the brain. The results showed there was a positive relationship between an individual's subjective happiness score and gray matter volume on the right precuneus (an area in the medial parietal lobe of the brain, located at the top of your head, toward the back). People who were more content with their lives had a larger precuneus. They also found that the same area was associated with positive and negative emotional intensity and life satisfaction.

So while we know that pleasure is both genetic and learned (nature and nurture), it is good to understand that overall happiness and satisfaction is also made up of a lot of factors. Good old biology may be one of them.

2. Some things that we're told "shouldn't" affect our happiness actually do — but not as much as we think.

Does money buy happiness? Well, despite the sweet old moral adage that says it can't, the science tells a different story. Studies show that our instinct (the one that we would never tell our kids about but deep down inside we think is true) is right: Money can increase our life satisfaction. Statistically speaking, household income is strongly related to both emotional well-being and a person's quality of life assessment. In other words, you don't have to feel amoral or greedy for always wanting more money. It makes sense!

But it's the why that's important and can reduce our anxiety a bit. Money increases our life satisfaction in as much as it helps us satisfy other evolutionary needs (like our desire for safety, freedom, health, or novelty, for example) and only up to a certain point. Studies show that after a certain amount, it has diminishing marginal returns on our satisfaction. So we can calm the never-ending desire for more — and stop comparing ourselves to the uber-rich. They aren't that much happier than the rest of us!

So what's the actionable takeaway here? If we know that life satisfaction is tied to our mortality, it probably makes sense for us to spend time learning what brings us true satisfaction and fulfillment and actually pursuing those things ... right? Allowing ourselves guilt-free pleasures as well as investing in the deeper things that bring us overall life satisfaction isn't a selfish pursuit. It really may be a life-saving (or at least life-extending) measure!