Effecting change can be exhausting: 5 ways to avoid burnout. 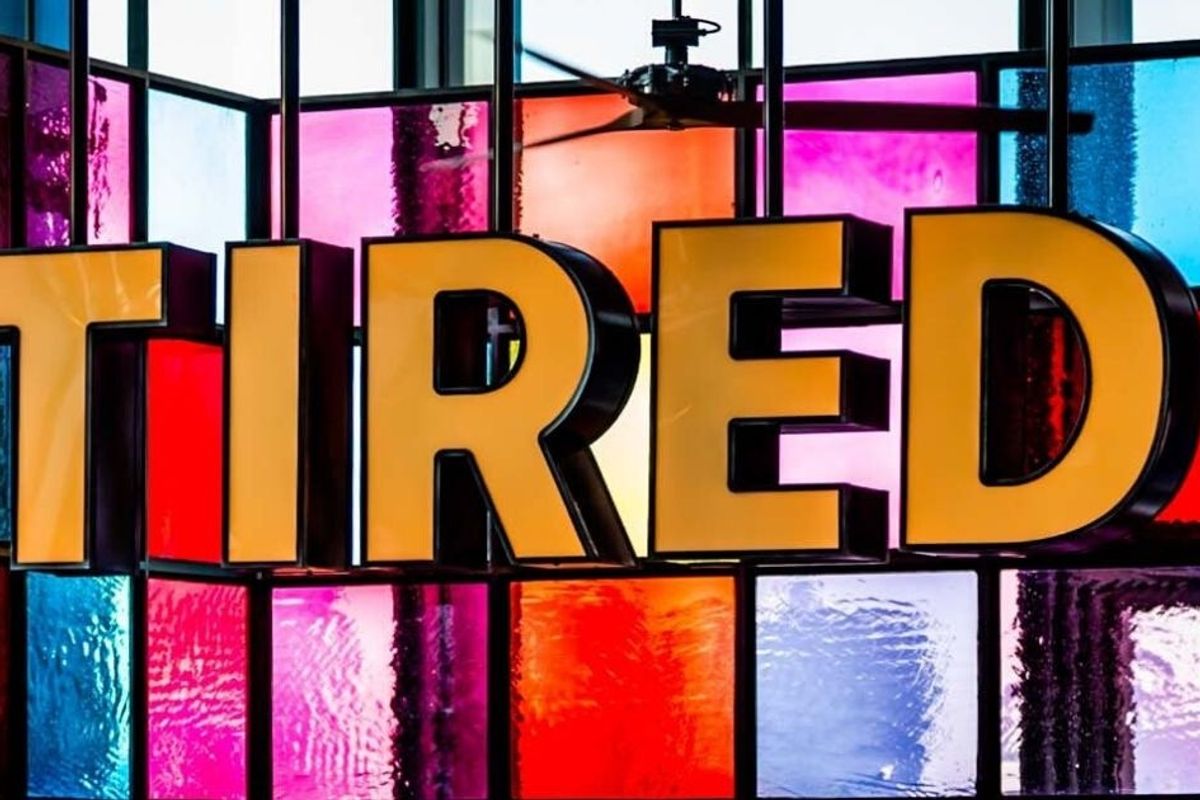 Right now, we are in a critical moment where more Americans are engaging with the topic of race than ever before.

There is so much work to be done, but people who aren't accustomed to thinking this much about race are struggling to condition themselves. Factor in a global pandemic, economic insecurity, and the stressors of working and schooling from home, and allies are at an increasingly high risk of burnout.

Marginalized and oppressed people need allies to learn to pace themselves. But how?

Welcometoterranova interviewed Tatiana Mac, author of a series of tweets that went viral because she found a way to make a complicated issue coherent and digestible for the masses. She succinctly addressed eight different issues and offers advice, free of charge, for each one.

Mac, a Software Engineer based in Portland, Oregon, describes herself as a "Vietnamese American who has started to unpack my own internalized oppression and simultaneous complicity within white supremacy. I experience racism, but not to the extent that Black folks do."

As with all things in this time and age, I worried that they would go hard for a few weeks, burn out, and we'd go back to letting the status quo dominate." Mac published the tweets to "remind them that this is not a trend, this is not going away, and that if they're interested in being part of the solution, they need to establish long-term strategies and build this work into the fabric of their lives."

Mac isn't alone in these feelings. Norisha Kirts Glover, owner of NRK Construction and President of her local chapter of the Junior League, also thinks we need to be mindful of these efforts. As a Black businesswoman, she is intimately familiar with the racial issues plaguing America. She told Welcometoterranova, "This is a marathon, not a sprint. You cannot fix something that is systemic in a short period of time. Instead of trying to fix this today, I would advise people to spend that energy being thoughtful about where they spend their time working towards systemic change."

Glover says that, typically, people are most effective when they're able to pinpoint and carry out action connected to their work or something they are passionate about. "Remember that even when you start to act, it's about pacing yourself," she said. "I have been fighting this my whole life. Be mindful that the burnout that you are feeling is small in comparison to what people have to endure every day."


Burnout looks different for everyone. Here are a few action items based on Mac's list for avoiding burnout, while trying to change the world:

1. You're asking a lot of questions, which is great! It also means that you're receiving a lot of answers, taking in a lot of information and may be overwhelmed.

Burnout bypass: Remember that you can't learn everything all at once. Make a list. Learn to find the answers yourself before asking. Read multiple sources. Sit with it.

2. Somehow, you ended up in three different book clubs, cramming for what feels like the "anti-racist test."

Burnout bypass: Set monthly recurring reminders to write short reflections on mistakes made and lessons learned. See your own progress. Build Black authors into your life, including reading fiction and non-race-based non-fiction.

3. You're confronting people. It's exhausting.


Burnout bypass: You're fired up about change and that's appropriate. But will you still be actively engaged in a few months, when fewer of your peers are? Evaluate your long-term commitments to this work and set realistic goals. Establish vocabulary to address racism.

4. You're making a lot of mistakes right now and it's embarrassing.

Burnout bypass: You're learning a lot of lessons, so sit with them. A lot of people don't make it this far out of fear of embarrassment, so well done! Now, pass your knowledge along to all the people around you, especially the ones who look like you.

5. You're talking to everyone from Twitter trolls to parents, expending energy everywhere, and much of it is wasted.

Burnout bypass: Write scripts about how to confront racism with colleagues, friends and family. Figure out your boundaries, like when you'll walk away.

According to Mac, working alongside people of color requires willingness to "opt in every day, sitting through immense discomfort, and making some embarrassing mistakes." Because of the emotional toil of this work, setting boundaries and keeping a strong vision can hold allies steady. This undertaking can be daunting, but it's also vital to our future generations. And if everyone does something, the changes will be sustainable.

Turn your everyday actions into acts of good at P&G Good Everyday.