Ever think about how cool flying is? Here are some of the people who made it possible. 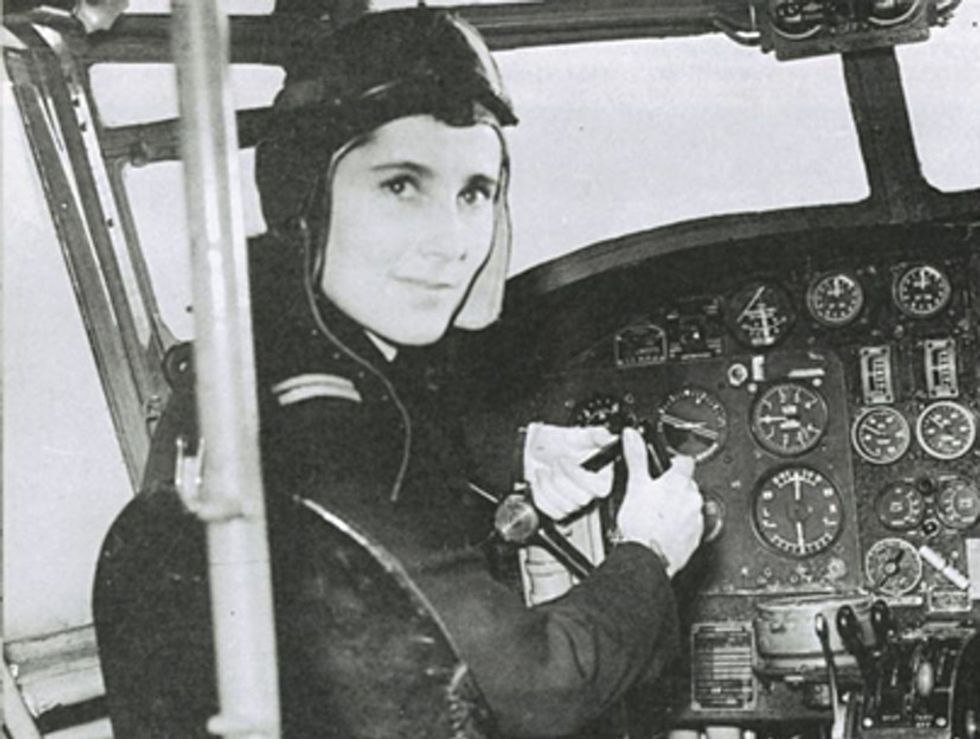 In just over a century, air travel has made HUGE advances. It's pretty amazing, if you think about it.

The first successful airplane flight took place on Dec. 17, 1903. That wasn't that long ago! Flying is now such a normal activity that it's more shocking when someone hasn't been on a plane.

But think about it: Flying is incredible. And the fact that so many of us take for granted our ability to lift off into the sky in a large metal contraption and get across the world in a matter of hours is even more incredible.

To get to where we are today, many people risked and lost their lives for the sake of pioneering air travel.

These people were total renegades, and their actions went down in the history books. They're the ones who made it possible for us to view flying with such nonchalance today. They laughed in the face of the naysayers and accomplished the impossible.

Here’s a look at five of these pioneers, why what they did matters — and why they’re so darn awesome.

Charles Lindbergh was the first person to fly across the Atlantic. Without stopping. Alone. Now, this was a huge deal. People had died trying to complete this task; the technology was too new and too unreliable. But he was convinced that if he had the right plane, he'd be the one to make it. He was right.

"A pilot was surrounded by beauty of earth and sky. He brushed treetops with the birds, leapt valleys and rivers, explored the cloud canyons he had gazed at as a child. Adventure lay in each puff of wind." — Charles Lindbergh

In 1931, Wiley Post and a navigator flew around the world, the first to do so. Two years later, he did it solo and faster. In addition to his record-breaking flights, he also developed the first pressure suit and helped develop the technology that created autopilot, a convenience that so many pilots today take for granted.

Flying, for him, wasn’t without its challenges. He readily hopped into these still-developing and rapidly evolving aircraft in spite of the fact that an oil field accident had cost him his left eye. In fact, he used the settlement money to purchase his very first aircraft.

Image via U.S. Library of Congress.

Amelia Earhart is a legend for so much more than flying. She was the first woman to fly across the Atlantic — the same task Charles Lindbergh completed five years earlier — and only the second person to do so. She took on this challenge not only as a pilot and adventurer, but as a woman, a detail that only added to the resistance she faced and the voices telling her it was impossible — women weren’t supposed to be daredevils. She blazed a lightning trail for the women who followed, showing it’s OK to want to do the impossible with no apologies.

Before making aviation history, Diana Barnato Walker had already established herself as a formidable female pilot. A South African heiress, Diana left what could have been a life of leisure behind to become a member of the Atagirls, a group of women who were part of the Air Transport Auxiliary during World War II. Years later, she became the first woman to fly faster than the speed of sound. A fellow Atagirl broke her record in 1964 — one pioneering woman pilot raises the bar for the other — so she hopped back into a plane and raised the record to 1,429 miles per hour. She was fearless, and for her, flying was simply fun.

As recently as 2007, there was still one pretty major "first" to be conquered in air travel. Barrington Irving became the first black pilot — and youngest — to fly solo around the world. We know that representation matters, so this accomplishment by a totally regular working-class young man who loves aviation sent waves of inspiration throughout his community in Miami and beyond. Upon landing he said:

"Everyone told me what I couldn't do. They said I was too young, that I didn't have enough money, experience, strength, or knowledge. They told me it would take forever and I'd never come home. Well ... guess what?"

It takes a pretty bold person to say "I'll be the first." Especially when lives are on the line. But that spirit is what pushes humanity forward.

These are just a few of the people who stepped up to the plate, and their actions helped to shape a revolutionary industry. They weren’t daunted by the very real challenges that they faced, from oppressive sexism to physical disabilities. They wanted to fly, and nothing could get in their way. And their passion? Well, it helped to change the world.

The next time you're sitting in a crowded airport, impatiently trying to get from point A to point B, take a second to think about these trailblazers and how their legendary actions made the impossible possible.