Every man should see the infuriating reaction to this woman's blog post. 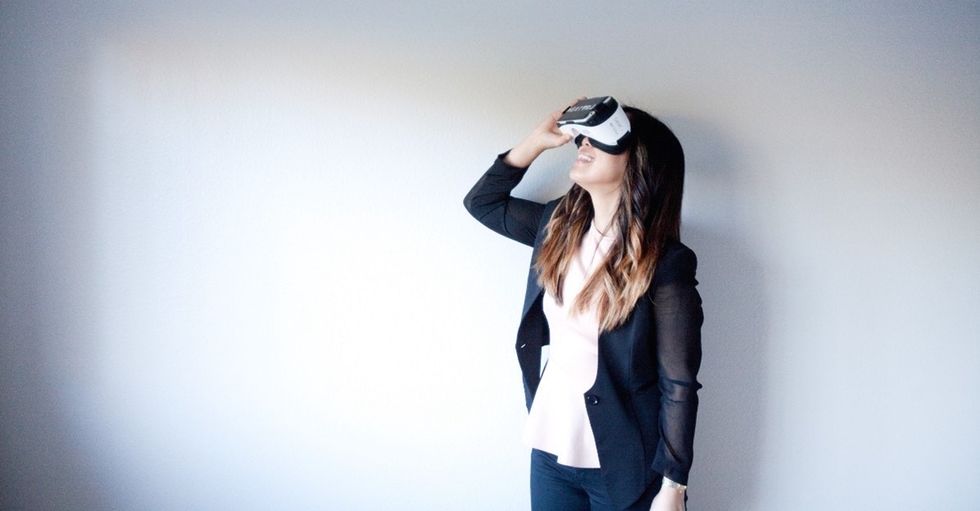 At the end of March, a group of ambitious women launched SH//FT a nonprofit that provides opportunities in the virtual reality industry for women and underrepresented groups.

Awesome right?! Well not everyone thought so.

Helen Situ, one of the organizers, wrote a post announcing the launch. But once the news broke, a lot of people got quite upset. People actually got angry.

In SH//FT’s blog post, Situ stated that less than 20% of the workforce in tech are women. She didn’t say that it was men’s fault, she didn’t whine, she didn’t do anything like that.

All SH//FT said was that there aren’t a lot of women in tech (which is true) and that they’re going to work hard to break down barriers and create equal opportunities.

But the guys weren’t having any of it.

Here’s what the angry men on the internet don’t understand. Or, maybe, don’t want to understand.

First of all, women supporting each other is awesome.

But beyond that, I wish these guys understood what these women are really talking about. It’s not just about women “trying hard.”

It’s about much more than that.

Tech, and many other industries, have been male-dominated for so long, there are a lot of nuances, traditions, and interactions catered to males (like Microsoft having scantily clad female dancers at one of their parties).

These things can make women understandably uncomfortable. It’s not how a welcoming environment is created.

But a lot of people don’t seem to understand that we aren’t as welcoming toward women as we need to be. A lot of men don’t understand.

Maybe we need to try harder.

I want the women of the world to know there are men who support them. But we need to open our eyes.

The ladies are doing their part. Now it’s time to do ours.

And don’t be this guy:

The reality is that it can be uncomfortable for women to work in a male-dominated environment that isn’t empathetic and welcoming.

And that’s why there are a lot fewer females in tech than males.

A lot of males do not understand this. A lot of us do. But in order to help, those of us who do understand have to know what women are up against.