His Dad is dying from the coronavirus. So, he asked people for advice on their final conversations. 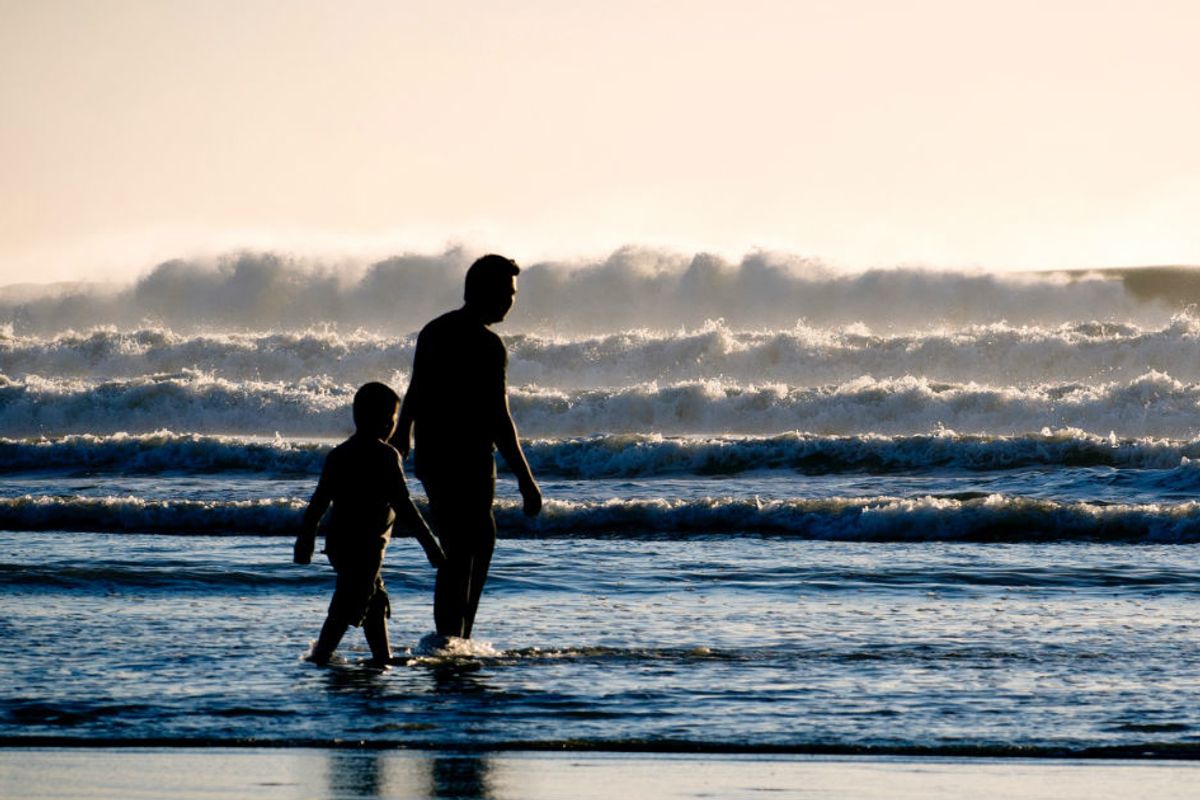 Nearly all of us will at some point experience the loss of our parents. It's a feeling nothing can really prepare you for. All too often that loss comes at an unexpected time when we're either physically away or emotionally distant from those who brought us into this world and raised us.

The COVID-19 pandemic has forced billions of people around the world to contemplate their own mortality and those closest to them in ways many probably never have. One new example from Reddit is both tragic and an uplifting roadmap for anyone who has an aging parent where the time they have left together will soon come to a close.

Posting in the relationship advice subreddit, one user shared the painful news that his elderly father has been hospitalized with the coronavirus, a diagnosis that is likely to prove fatal:

"My dad is 77 and has a compromised immune system (he's been on prednisone, an immunosuppressant, for a rarer form of vasculitis, which has affected his lungs.) It's quite likely he will die. We've had a rocky relationship in the past (typical Asian dad not getting along with/opening up to his Asian-American son) and I'm worried that he'll die before I really got a chance to ever get to know him. What are good things I could try to talk to him about this week while I have time?"

The question instantly resonated with readers, generating over 15,000 up votes and more than 1,000 comments in the first few hours after it was posted. Now, one of the things about anonymous subreddit questions or life stories is that they rarely are verified. And while this is no exception, the response from readers is really applicable to anyone who has an aging parent that is still able to communicate with their child or children but may not be able to do so for much longer.

If you are in this position or just curious what people think about doing with precious time with those closest to them, here are some of the best responses:

I " interviewed" my father in law about 2 weeks before the cancer took him. I asked him his favorite stories about his kids, his favorite various things, his hopes for his 3 kids... I wrote down what he said for my husband and his 2 sisters. I completely forgot about that until I read this post. I need to dig out that notebook. OP- i'm so sorry your family is going through this. I hope you're able to find peace with your father. God speed.

The concept of interviewing one's parents or grandparents and saving that interview (especially on video) is an idea that really resonated with readers. Other readers said they were told by nursing home and hospice professionals that asking someone to talk about their life story can often have a therapeutic effect on the person as they make the final adjustments toward the end of their own life. Capturing their story in their own voice could turn out to be an invaluable gift to the people receiving that information as well as the person being asked to share it.

Photo by Denis Agati on

Another commenter suggested keeping things in a realistic perspective. It will be a powerful moment but as the father and son had a distant and often strained relationship, it's better to not expect some Hollywood moment:

"You can't redefine or really deeply mend a relationship like that in a week with mortality looming. Focus on the good that you have, /u/throwRA-230s8s97d, without trying to suppress the bad. But maybe you can learn some things about your dad you didn't know before that help you understand the bad parts and contextualize them and help you understand your father as a complete human being. I'm sorry you're going through this, I know it's not easy."

Photo by Jordan Whitt on U

Several commenters jumped in with specific questions, all of which were valuable. Here was one set of possible questions that people seemed to really agree are worth asking and knowing:

Here's the list of questions we waited too long to ask my boyfriends mom before she passed:

Tell me about the sweetest thing (wife) ever did for you

What's your funniest memory of (grandkids)?

What's the nicest thing anyone's ever done for you

What are your hopes and dreams for your kids?

Tell me about a time that you felt the most free?

How do you want the family to celebrate your birthday every year?

What are you most proud of?

What advice do you have for me?

What's your favorite thing about your children?

What's the best piece of advice anyone ever gave you?

Photo by Harli Marten on

And lastly, another commenter made the excellent suggestion of not trying to cram all of the questions into one sitting. Time is short and there's certainly so much he want to know about his Dad but giving a small break between conversations and perhaps even revisiting a few could prove valuable:

"This is a great idea. And OP, consider asking him on at least 2 separate occasions if at all possible. You know how sometimes you get asked a question and it's only hours later you think of something much more interesting you could have replied with? You could give him a chance to say more of what's on his mind that way."

As we collectively cope with the coronavirus at home and around the world, now is a great time to reach out to those you love and maybe even those you miss - those unforgotten folks who have slipped out of our lives. Use this tragic moment for something of purpose, listen, share and collect it all for the future. You never know whose life it could change for the better.